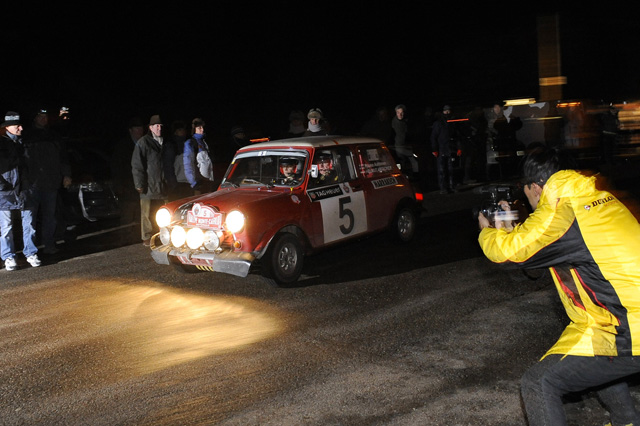 Official Release: The Monte Carlo Rally celebrates its centenary this year, and as you’d expect. MINI was eager to be among the well-wishers. What better way to celebrate the birthday than to enter a team in the Rallye Monte Carlo Historique? MINI did just that with Finnish legend Rauno Aaltonen â€“ winner of the Monte in 1967 in a Mini Cooper S â€“ driving his way to victory. The â€œRally Professorâ€, as Aaltonen was dubbed on account of his precision and attention to detail, recruited Austrian Helmut Artacker as co-driver in his 1969 Cooper S, and the team had the support of a four-strong service crew through the highs and lows of the event. 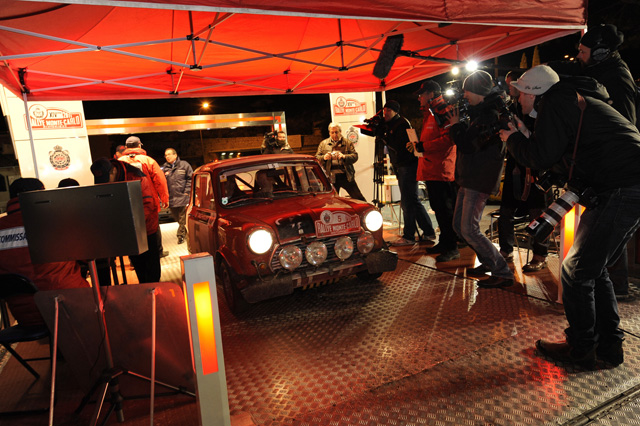 As is customary for the Monte Carlo Rally, the cars travelled to Monte Carlo for the special stages from five different cities. The MINI team were handed Marrakech as their starting point, leaving them over 2,600 kilometres to cover just to reach the start line in Monte Carlo. â€œThe whole atmosphere was very cordial and friendly, both with the locals in Morocco and the organisers, and among the competitors. It was a bit like The Arabian Nights,â€ said Rauno Aaltonen, describing the start of the event in the North African country. From Morocco, where they were given a police escort through some of the towns, the route took the team over to Algeciras in Spain and on to Alicante. That marked the beginning of a 30-hour stage via Barcelona and the Pyrenees to the Maritime Alps, and on to Monte Carlo. However, before they could get under way, the Rally Professor had some duties to fulfil. A big crowd of fans had massed at the port, despite the early start, to ask Aaltonen for his autograph. â€œIâ€™m really happy to oblige, even if my long name makes it all a bit hard work,â€ joked the Finn.

A warm reception greeted the cars in front of Barcelona cathedral, before they continued up into the mountains. â€œWe had no idea that a minor version of hell was lying in wait,â€ recalled Aaltonen. The Pyrenees welcomed the competitors with heavy snow, and the first runners had to wave the white flag in the face of steep climbs and the slippery road surface. The Mini also required some serious persuasion to stay on route. â€œIt didnâ€™t really matter which pedal I pressed,â€ sighed Aaltonen, describing the vagaries of driving in the snow. However, the wintry weather was mercifully shortlived, and the drivers were clear for the night run to Monte Carlo. 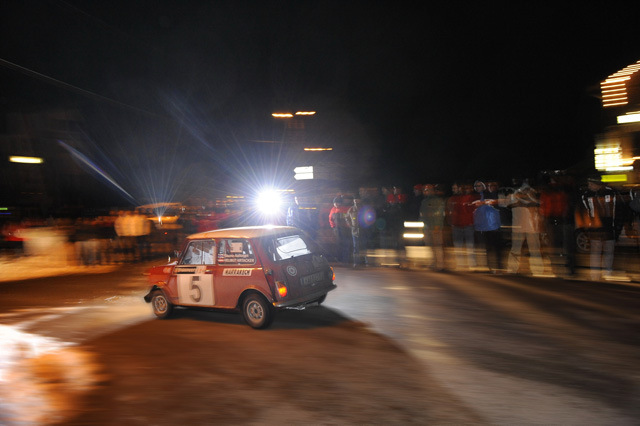 All was quiet at Quai Albert I when the Mini team arrived, but it was a rather different scene at the same location the following day. The classic cars stood door-to-door along the Monaco waterfront, the first time they had lined up together during the event. Teams had travelled from Reims, Warsaw, Barcelona and Glasgow to join the Marrakech starters, making a field of 328 cars in total.

On the itinerary the next day was the opening loop around Valence. Approaching the first special stage, the participants were interested to see snow draped over oncoming cars. Indeed, more than 10 cm of the white stuff had settled on the tight and twisty roads. As the team had yet to fit any spikes on the car, they were unable to reach the target average speed for the stage. â€œWe had zero traction and a drop of several hundred metres to the side of us,â€ explained Aaltonen. â€œSo we decided to make sure both we and the car made it through in one piece and didnâ€™t push too hard.â€ After the morning snow, the afternoon saw a bizarrely formed mountain attract most attention. â€œIt was like something Iâ€™d imagine finding on the moon,â€ ventured the rally master. â€œBut thatâ€™s the unique thing about the Monte: every mountain is totally different from the one before, and demands different techniques and skills.â€
The next day the weather was fine and dry, which came as some relief, since the loop around Valence is famous â€“ infamous, even â€“ for its constant succession of corners. â€œItâ€™s just bend after bend, and no straight sections; thereâ€™s no need to get the steering wheel dead-centre at all,â€ said Aaltonen of the 350-kilometre route over the hills around Valence. And there was more of the same for the drivers and co-drivers on the final day over the return leg to Monte Carlo. By that time, many minds had already turned to the night start in Monaco, and the climb up to the Col de Turini. Here, thereâ€™s always a chance the rules might hold a few surprises, as Mini drivers have discovered in the past. And itâ€™s easy to see why this final section of the rally has also become known as the â€œNight of the Long Knivesâ€. 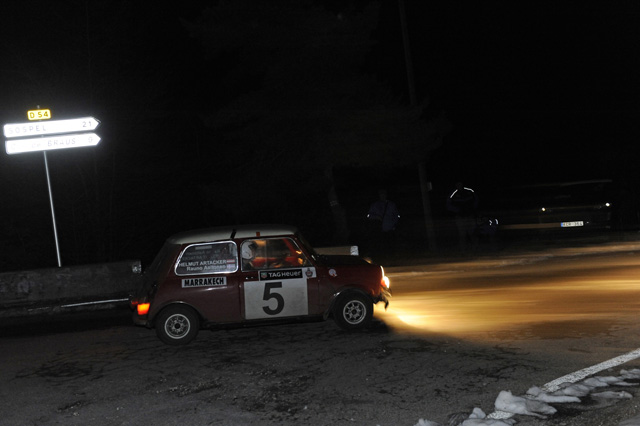 â€œA lot of things look much the same as in the 1960s,â€ reflected the 1967 Monte winner. But this event does do some things rather differently: â€œThen it was all about top speed. In the Monte Historique regularity is the key, although the required 50 km/h is very difficult to achieve on some sections.â€ There have also been one or two changes when it comes to the materials used by the teams â€“ in terms of both quality and quantity. â€œUp to the mid-1960s there was no limit on spikes, and I had as many as 600 spikes on a wheel,â€ explained Aaltonen. â€œPlus, we had 1,200 tyres ready and waiting on rims for our three competition-trim cars.â€ So what inspires somebody who has already won the Monte to return again over 30 years on? â€œItâ€™s an honour for me to congratulate the Monte Carlo Rally on its centenary. And thereâ€™s always a special excitement around the place when itâ€™s rally time. That comes not only from the cars, but also from the contrast of glamorous Monte Carlo and the natural beauty of its surroundings.â€ So could the Finnish master imagine competing in another Monte one day with the new MINI WRC car? â€œThat would be very exciting â€“ Iâ€™d love to!â€