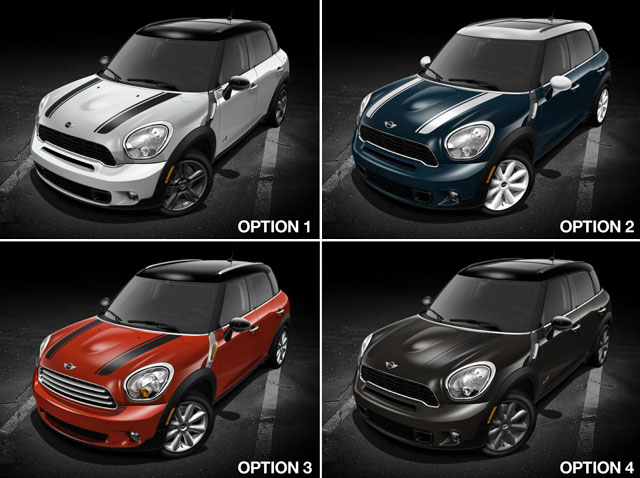 In part two of series we’re getting into the details. Now that we have your initial feedback on our Countryman order we’re ready to choose a spec. With your help we’ve created four Countryman(s?) for MF readers to vote on. The one with the highest votes will help us make our final specification – it’s that simple.

To give a little background for those who may have missed it, what we’re doing here is choosing the model and specification on our long-term test car. We’ll be getting the car later this spring and will be testing it in every kind of environment and situation we can think of. In short you won’t find a better long term test of MINI’s new four door family car anywhere else.

Now some background on our choices. We tried to take the input we gathered from our previous post and create four cars that reflected those ideas. We threw in a Cooper and even an automatic Cooper S All4. Three of four on the pricey side due to the fact that we want to test living with as many options as possible. There is joy in not having them but in this case we’d rather have the experience so we can pass that along to you the reader. Colors? Sure we went a little classic and/or conservative but then again if there’s one thing MINI fans can’t agree on, it’s colors.

So with that said, let’s get started… 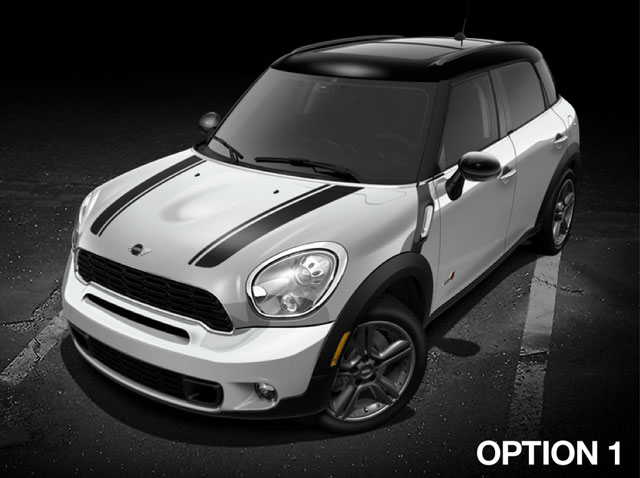 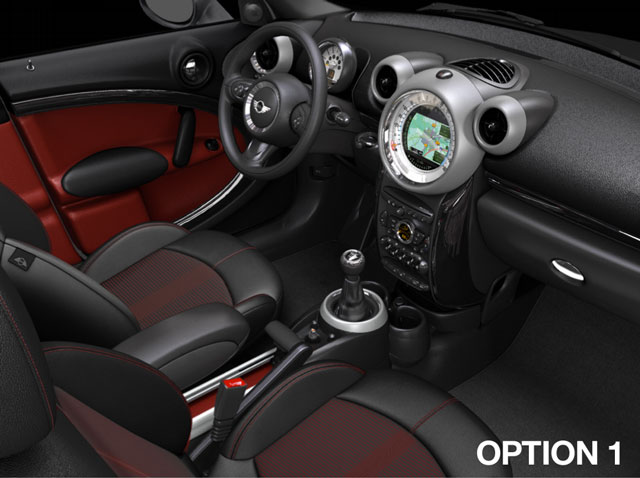 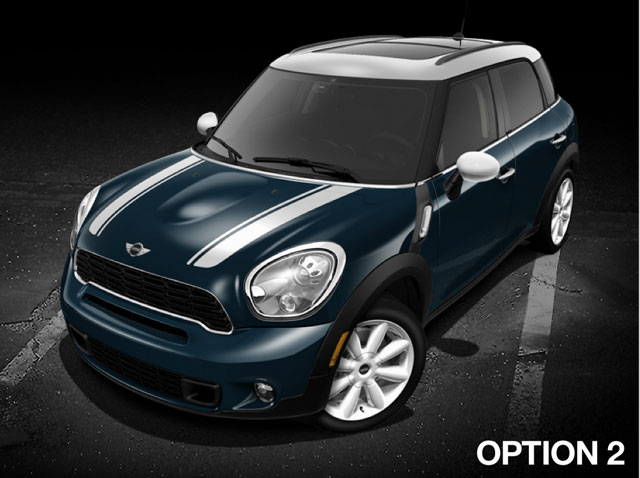 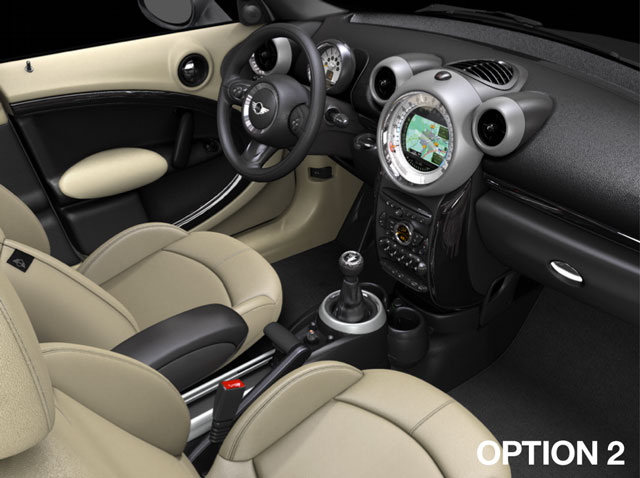 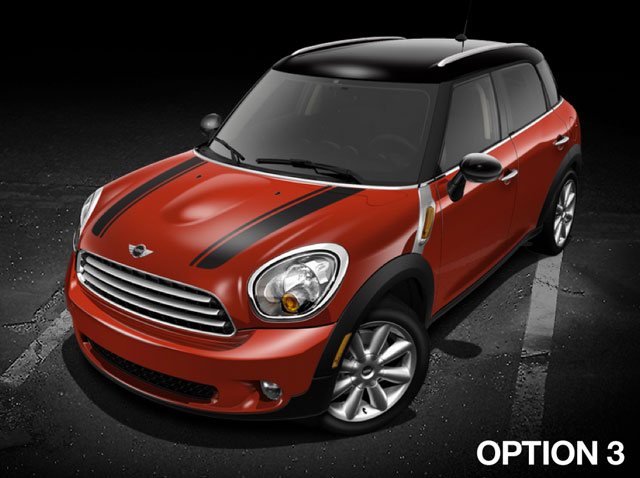 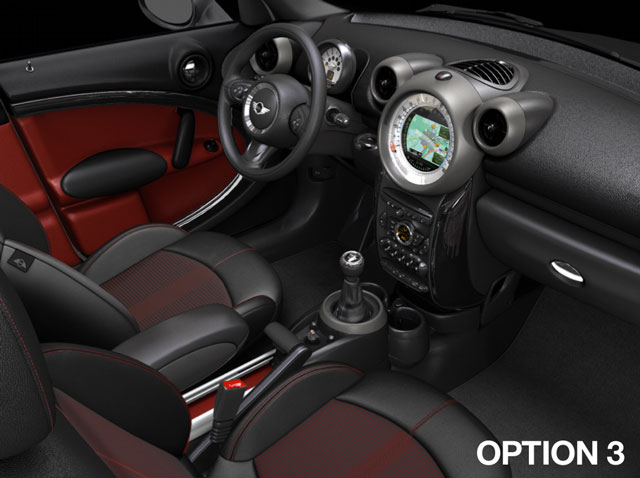 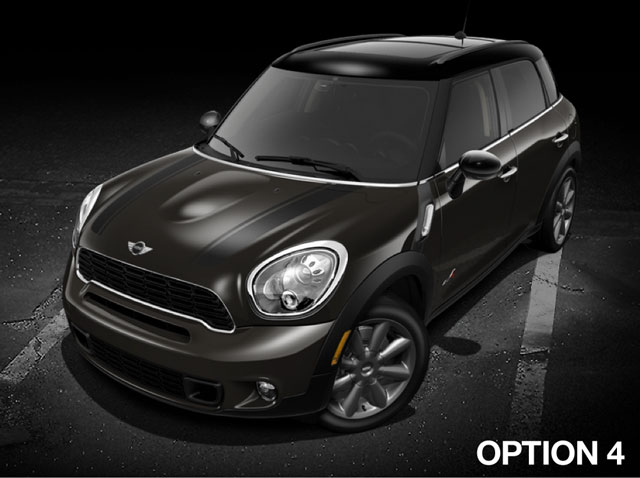 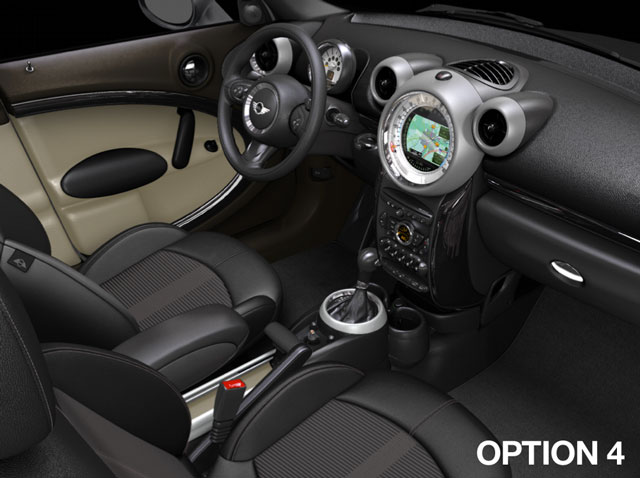 A couple of notes. Yes there is navigation and MINI connected on all four. With MINI Connected being such an important new option we felt it a necessity for any Countryman test car. You can also clearly see we like stripes. While I’ve never personally owned a MINI with stripes (Todd is cringing somewhere), what can we say, we love the look of the Countryman with the new design.

Finally there are no accessories installed on any of these. For starters MINIUSA.com doesn’t show accessories yet on the confirgurator. Secondly we want to take our time in deciding what to add once we’ve chosen a basic factory specification.

Now that that is out of the way, it’s time to vote…

MINI to Debut New Advertising During the Superbowl?