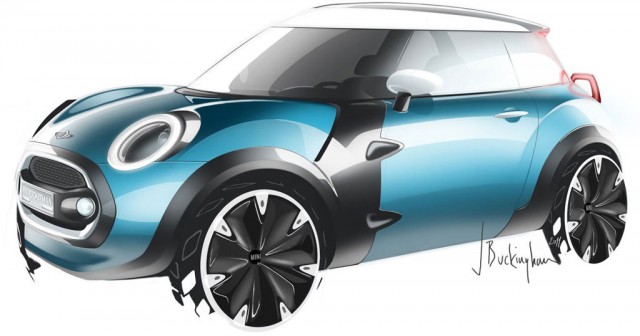 To understand the Rocketman we first have to understand what MINI is actually showing us with this concept. The Rocketman (interestingly known inside MINI as ‘MINI Pure’) is a design exercise meant to give us clues into two areas. First off it gives us a hint at the new design language MINI will use for the 3rd generation car. Secondly it gives us a peak at the kind of packaging we could expect for a MINI city car. But lets dive deeper and decipher what this concept really gives away.

To start with lets talk about what the Rocketman isn’t. The concept above isn’t telling us that MINI will be downsizing the 3rd generation car. Instead the next MINI hatch (the replacement for the R56) will be the same size (give or take a centimeter here or there) than the current car. In other words the same size as the R50 and the R56. And while the Rocketman features a bespoke carbon fiber chassis, that is not what MINI has in store for any production car in the near term. If you want that BMW will happily sell you a very premium all electric three and five door hatch in the form of the BMW i3. 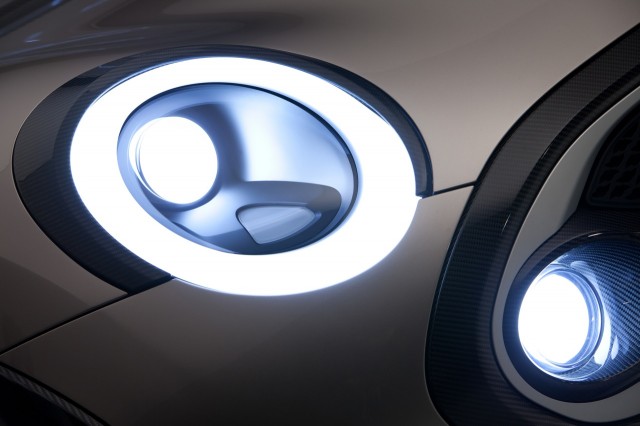 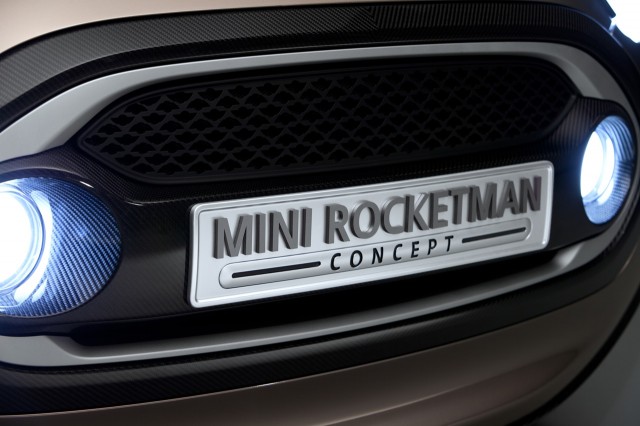 But the Rocketman has many stylistic clues for us when it comes to the next generation hatch (debuting in late 2012 as a 2013 model). Lets start with the front grille where MINI has carried on a theme first seen in the Traveller concepts from 2007. We believe this will form the basis of a new MINI face. As we like it. Take away the carbon trim and just focus on the shape and we believe this could work rather well.

Moving up to the LED rimmed headlights we see what will likely be the eyes in MINI’s new family face. They’re a more modern yet elegant interpretation of the classic MINI design and closer to the original R50 design.

Another feature that harkens back to the original 2001 MINI is the shapely hood and fenders. The proposed MINI City car (as well as the production 3rd generation MINI) will receive the smaller and lighter 1.5L three cylinder turbo engine range. This will likely allow for better packaging upfront and potentially more general curvature. Could MINI actually create this look with all the current pedestrian impact standards? We certainly hope so as it’s the cleanest looking front end this side of an R50. 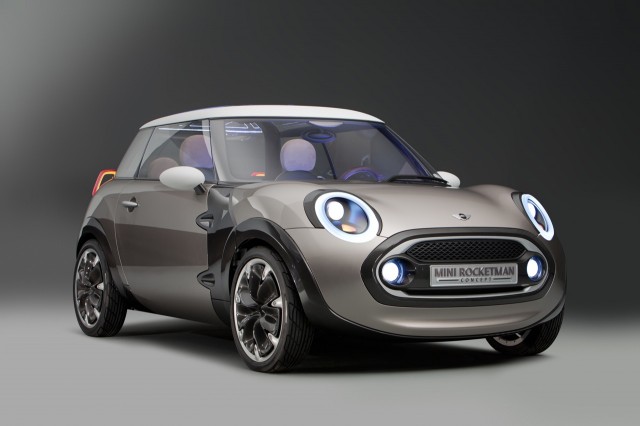 The fenders see the biggest departure from the recent MINI design language. Where before there were nothing but gentle curves we now see a pronounced and aggressive crease emphasizing even further the tires and wheels being on the corners of the car.

Moving to the back there’s likely less here that will make production. But the key take-away (from our sources) is that MINI is going to push the boundaries more than the R56 and create something decidedly modern. Will it mean a reinterpretation of the rear taillights? We’re guessing not, as the MINI hatch is the most iconic of all the models and likely the place where MINI wants to keep the most heritage. But we can’t help but think that we’ll see a big departure in other areas on the boot. 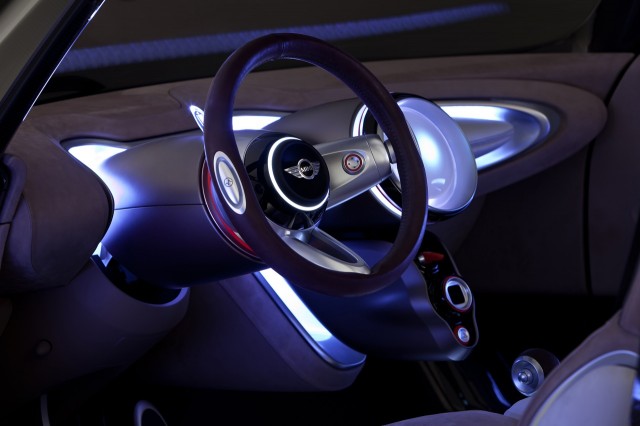 Inside the cabin MINI Design was even more progressive with a very light and airy cabin that completely changes the interior aesthetic found on the R56. MINI Design knows that competitors (Fiat’s 500 for one) have pushed the needle on interior quality and design and that the next MINI has to regain it’s position it had in the early 2000’s as a segment leader.

Based on what we see here we can make a good guess that MINI will be updating the central speedo area to make better use of space for a larger information/entertainment screen. Based on this and our sources, we believe we could see a small screen standard across the line with a larger screen saved for the optional navigation (much like the new BMW X3). And what of the speedometer moving? We’ve heard conflicting reports but one thing is clear, MINI will increasingly rely on more sophisticated displays when it comes to getting information to the driver. 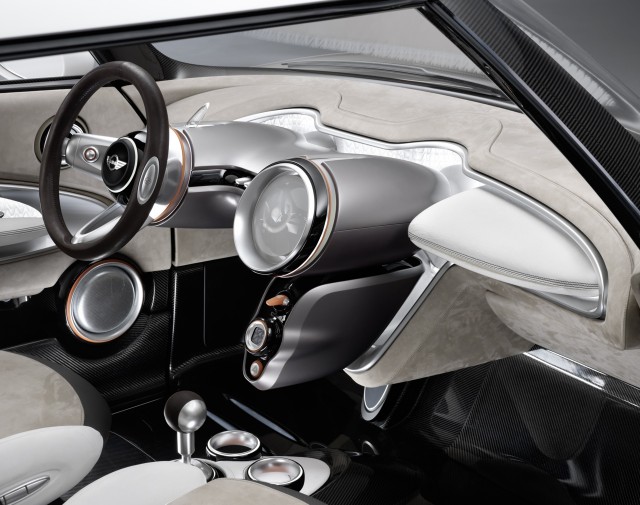 Elsewhere inside it’s hard to not notice the work MINI Design did on the lighting within the Rocketman. If you thought MINI had reached new heights with the integration of interior lights in the Countryman, wait until you see the Rocketman in person. There are three light themes that completely change the mood of the cabin and are even visible from outside the car.

And based on what we see here (and some well placed sources) HVAC will also be improved with a more intuitive interface that uses high-grade materials for a more premium feel. In fact across the board MINI will be using better materials and more texture in the cabin. The result should be dramatic.

Getting back to the Rocketman, we believe the concept succeeds in moving the needle of MINI design language into a new generation. The feel is more athletic yet curvaceous and (dare we say it) MINI-like. We also believe it’s a little closer to the original R50 MINI design language than the R5X generation of cars. Are there some details we could do without? Abolsutely. We’re not fans of the rear lights or the shape of the front air dam. But taken as a whole, we can’t help but look at this new concept and think the name ‘MINI Pure’ is right-on.