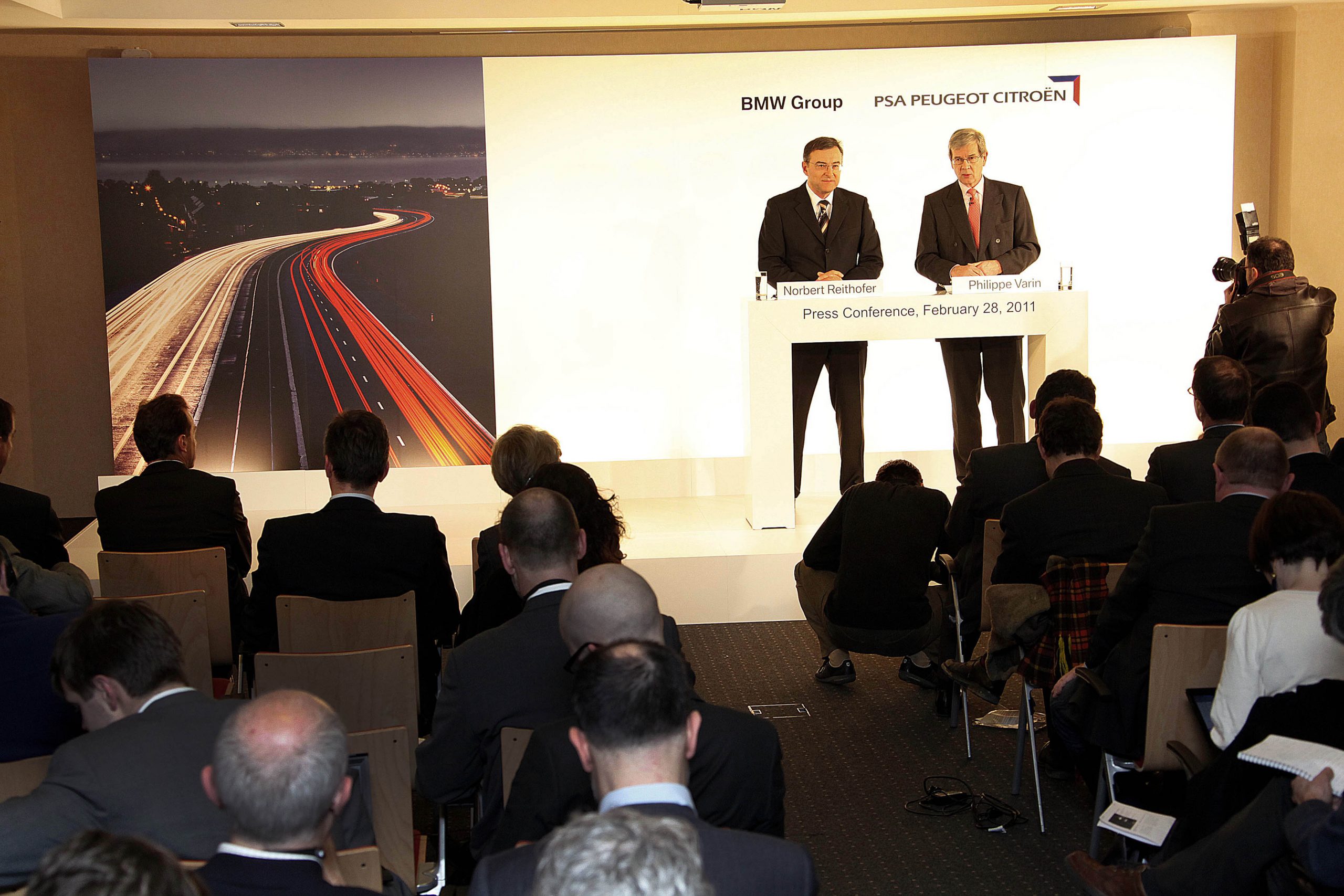 What does this mean for MINI fans? Look for a plugin hybrid version of the Countryman (and or its derivatives) by 2014.

Official Release: The BMW Group and PSA Peugeot CitroÃ«n plan to invest 100 million EUR in their intended joint venture on hybrid technology named â€œBMW Peugeot CitroÃ«n Electrificationâ€, both companies announced at a press conference in Geneva today. The new company will operate out of two locations â€“ the greater Munich area, Germany and Mulhouse, France. 400 employees are expected to work for the joint venture by the end of 2011. Subject to approval by the relevant competition authorities, the new company is expected to launch its operations in the second quarter of 2011. The new hybrid components will equip both partnersâ€™ vehicles from 2014 onwards.

â€œAs responsible carmakers, we aim to create an open European platform and foster the development of European standards for hybrid technologies. This joint venture will also enable us to develop advanced technological manufacturing expertise in Europe in the field of electric powertrains, and to retain all its potential for creating value,â€ said Philippe Varin, Chairman of the Managing Board of PSA Peugeot CitroÃ«n.

â€œBMW Group and PSA share the same vision of the importance of hybridization in the future. The joint venture will enable us to act more strategically and with a single, shared approach. For us, joining forces also means significant economies of scale, shared development costs, using standardized components and a faster development process,â€ said Norbert Reithofer, Chairman of the Board of Management of BMW AG.

The greater Munich area is the designated location for all research and development while all production would take place in Mulhouse, France. The 400 employees expected to be on board by the end of the year will be based in Munich. Additional jobs in Mulhouse will be added in time for the start of production in 2014. When production has fully ramped up, the French facility will have about 250 employees.

The joint ventureâ€™s management, as well as its workforce, will be mostly drawn from employees of the two parent companies. Apart from this, plan is to fill 100 new positions with external candidates when the joint venture becomes operational later this year. Main job profiles needed are engineers specialized in electric mobility and electronics.
The BMW Group and PSA Peugeot CitroÃ«n have been cooperating for almost ten years. In 2002, both partners agreed to jointly design and produce 4-cylinder engines. Between 2006 and 2010, more than 1.8 million motors were built for a number of MINI, Peugeot and CitroÃ«n brand models. In February 2010, the two companies also agreed to develop the next generation of their jointly designed 4-cylinder gasoline engine, which will also meet EU 6 requirements.

The initiative between the two companies is aimed at developing and producing standard hybrid components for the electrification of their respective vehicle ranges. It will focus on components like battery packs, E-machines, generators, power electronics, chargers, and software for hybrid systems. This joint venture will enable both partners to create an open platform on these technologies and support the European industry to structure itself in the field of hybridization. To that end, the joint venture will be a full-fledged company and will both integrate suppliers by outsourcing development work as well as sell hybrid components to third parties.