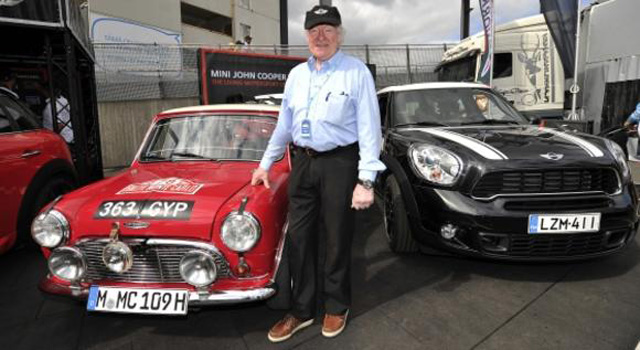 The chaps at MINImotorsport.com had a chat with Rally legend Rauno Aaltonen about MINI’s showing at last weekend’s WRC Rally in Finland. Among other topics, Rauno explains what happened to take the MINIs out of the race:

There was one section on the “Leustu” stage that had been repaired with large pebbles. On the second run on this special stage, the ruts were deeper than expected. Maybe some cars caused small sandhills there, or Dani and Kris happened to brake at this particular part of the course. The car sank into the pebbles and the spoiler gathered up stones, sand and coarse particles like a snowplough. All that found its way into the air inlets on the radiator and engine. In my opinion, a special surface like this should not be used on a special stage in Finland. On a safari yes, but not in Finland. You set up the chassis and the spoiler so that both are right for the conditions on site, but you do not expect this coarse surface in Jyväskylä. Nobody could have predicted that.”

Check out the whole interview over at MINI Motorsports.