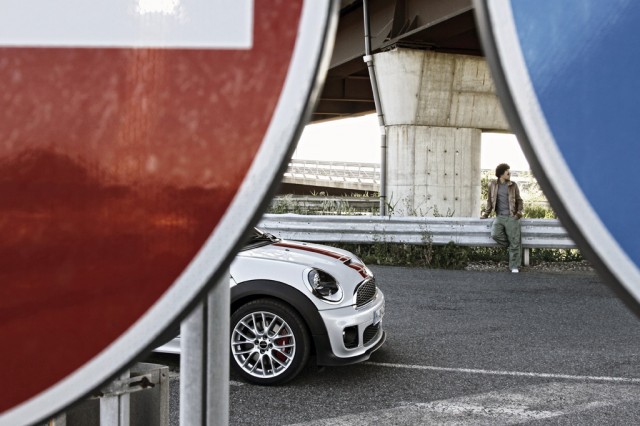 Starting in just two weeks, the Frankfurt International Motor Show is the premier event for many of the world’s automakers. In a way, Frankfurt can be thought of as both BMW and MINI’s “home” auto show. Over the years, MINI and BMW alike have used this venue to debut some of their most significant new vehicles. This year, MINI is holding the world premier of the the MINI Coupé, and officially introducing the MINI Yours program. Both of these are old news to the MF faithful, but these debuts will bring these significant additions to the world’s attention in a big way. Full info after the break.

[Official Release]The MINI brand takes to the stage at the 2011 Frankfurt International Motor Show (IAA) with increasing variety within its ranks and an unparalleled focus on the individualisation of its models. The world’s most important car show plays host to the world premiere of the MINI Coupé. And visitors to the event – which takes place from 15-25 September 2011 – will also be able to explore the rest of the MINI model family, not to mention the latest MINI Yours range of products and an attractive array of Original MINI Accessories. The impressively diverse product portfolio presented by MINI once again underlines its status as a maker of premium cars which faithfully express both the unmistakable character of the brand and the personal style of its customers. 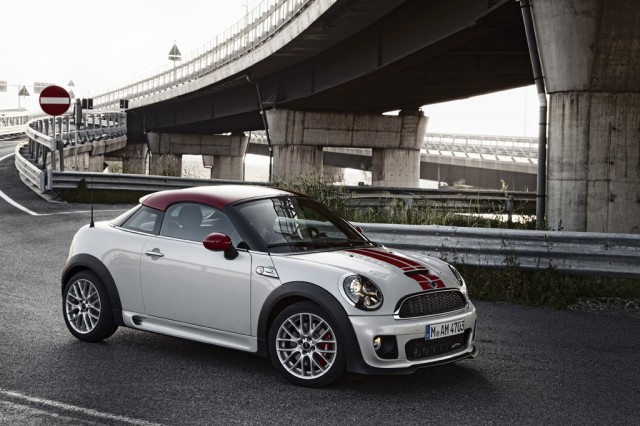 The launch of the MINI Coupé sees the British premium small car manufacturer taking the next step in its rigorous model range expansion process. The brand’s fifth model wraps up hallmark MINI qualities in a new and distinctive package. The first two-seater in the current range boasts an even sharper focus on delivering unbeatable fun at the wheel. Powerful engines, a bespoke set-up for the car’s sophisticated suspension and finely-judged adjustments in terms of aerodynamics and weight balance help whisk the legendary go-kart feeling into a new dimension.

The distinctive identity of the MINI Coupé is also reflected in its design. With its sporty, hunkered-down feel and fresh new roof design, the two-seater occupies its very own niche within the model line-up. At the same time, though, familiar MINI exterior and interior design features clearly highlight its membership of the brand family. The fun-filled driving experience and functionality of the new model are geared squarely to driving “two up”, but the MINI Coupé cuts no corners in displaying all the charisma, efficiency and premium quality MINI has brought to the small car segment. 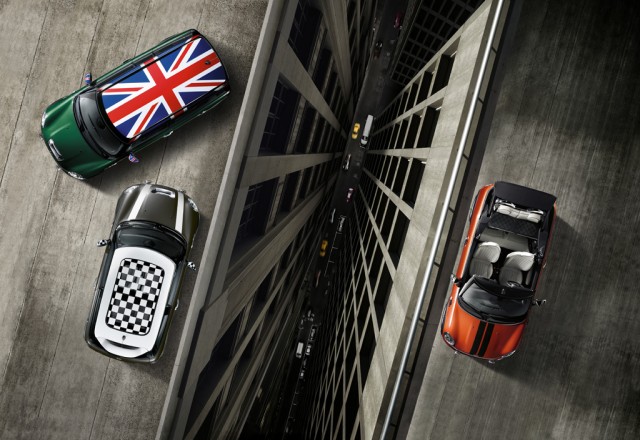 The extra depth to the MINI model range shines the spotlight once again on the brand’s unrivalled potential. Around the world MINI has become a byword for driving fun, agility, expressive design, premium quality and individuality. And having broken new ground in the premium small car segment, MINI is now building its advantage over its rivals. Ten years after the relaunch of the brand and five years since the second generation of the 21st-century MINI hit the roads, its popularity in car markets around the globe continues to grow with the arrival of each new model.

With five models now carrying the MINI badge, the brand has succeeded in meeting the specific needs of various target groups. The luxury of choice created by the variety of models within the MINI family is taken a stage further by the scope for effective customisation that each individual model allows. The brand offers its customers more freedom than any other carmaker to configure their car to their own personal style.

Two years ago a concept car previewing a two-seater Coupé from the MINI brand turned heads aplenty at the Frankfurt Motor Show. And now that vision of even more sharply focused driving fun has become a reality on the road. The 2011 Frankfurt Show provides the stage for the world premiere of the MINI Coupé. The two-seater will be offered from launch with a choice of four engine variants with outputs ranging from the 90 kW/122 hp of the MINI Cooper Coupé and the MINI Cooper SD Coupé’s 105 kW/143 hp to the 135 kW/184 hp developed by the MINI Cooper S Coupé and the 155 kW/211 hp of the sporting flagship, the MINI John Cooper Works Coupé. In league with these powerful engines, the Coupé’s bespoke suspension set-up, harmonious weight distribution, extremely rigid body and special aerodynamic tweaks – including an extending rear spoiler – help to bring the car’s go-kart feeling even further to the fore.

The MINI Coupé is the brand’s first model to adopt a classical three-box structure with a strikingly stepped rear end. The car’s roof has a standard contrasting paint finish, accentuating its distinctive design, while the 280-litre luggage compartment behind the high-opening tailgate reveals impressive functionality. Other particularly noteworthy features of the interior include oval recesses in the roof liner, which are specific to the MINI Coupé and emphasise the car’s two-seat design, and the wide through-loading facility linking the cabin and luggage compartment.

MINI Yours: customisation at its most exclusive.

The extra breadth in the model range is complemented by the increased scope for owners to customise their cars. For example, the MINI Yours collection of products represents a particularly attractive addition to the options list. 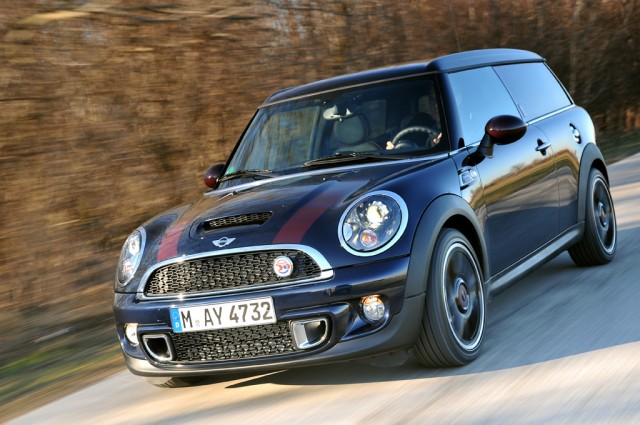 MINI Yours comprises a range of exclusive options – designed as the perfect complement to the unmistakable character of the MINI brand – for the exterior and interior design of the MINI Coupé. In addition to unusual paint finishes, trim elements, upholstery variants and interior colours, the MINI Yours range also offers customers stylishly composed equipment packages and limited-edition models.

The 2011 Frankfurt Motor Show will also host the unveiling of the MINI Clubman Hampton, which embodies the inimitable style of MINI Yours in particularly concentrated form. The paintwork and wheels of the MINI Clubman Hampton, as well as its exterior and interior design, and other equipment features chosen specially for it, have been carefully coordinated down to the smallest details to lend a special flavour to both its appearance and the driving experience on board. Currently only one MINI exudes an even more exclusive allure: the MINI INSPIRED BY GOODWOOD. This special-edition take on the three-door MINI was created under the expert eye of the Rolls-Royce Motor Cars design team and is also on display at the Frankfurt Motor Show.
Original MINI Accessories: more freedom for customers to express their personal style.
Looking beyond the range of optional equipment available ex-factory,

MINI also opens up an extraordinary wealth of possibilities when it comes to configuring owners’ cars to their personal style and requirements. The Original MINI Accessories range gives owners all the tools they need to enjoy the hallmark MINI driving fun in an individually tailored one-off car. The range comprises a constantly expanding selection of products which enhance and accentuate the expressive design, sporting characteristics and functionality
of a MINI.

Alongside the familiar customisation options for the exterior, such as roof flags, mirror caps and side indicator surrounds, the Original MINI Accessories presented at the 2011 Frankfurt Motor Show also include steering wheels, gearshift knobs, interior trim strips and other retro-fit components for the interior. Customers will also find specifically designed transport systems to carry sports equipment safely and comfortably while on the move. Likewise on show is the latest range of accessories from the John Cooper Works brand. These include John Cooper Works tuning products, which further enhance both engine performance and handling, make the car’s aerodynamic properties and exterior design that much more effective, and bring the sensation of the race track to the interior.