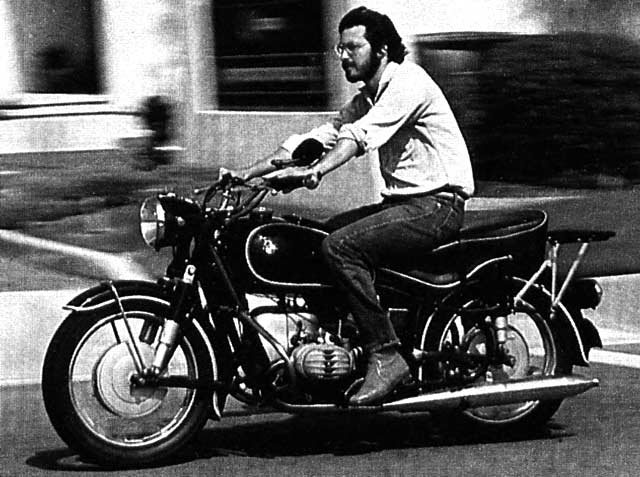 It’s rare when someone affects our lives as much as Stve Jobs has. Whether you have an iPhone in your pocket or not, Steve Jobs has defined our technological present and future more than any one man in the world. And today he passed away at a young 56.

When the iPod Mini was released, Steve said Apple was inspired by the minimalist design of the MINI itself. He thought the MINI was cool because it was small. Less is more was the idea and the iPod Mini delivered on that in a new smaller form-factor. Why does it matter to us? Because here was a man that created the future by looking at what was around him. In this case it was the MINI that inspired his team. In other cases it was the button on a Lecia Camera. Whatever the situation was, Steve took what was right in the world and created something inspired and new. And ultimately something that changed the world in which we live.

Steve and the people at Apple have inspired automakers like MINI and BMW to create in different and distinctive ways. MINI Connected and BMW ConnectedDrive are here (more or less) due to Apple. But you could go further in saying that BMW’s recent gamble and total re-think of it’s brand with BMWi is more inline with Apple’s re-invention (and Steve Job’s mantra of ‘Stay Foolish’) than anything from BMW in its history. And one could make the argument that the closest automotive equivalent to what Apple has done recently is actually the launch of the original Mini in 1959.

In any case, Steve, we will miss you greatly.

Here’s to the crazy ones.

The misfits.
The rebels.
The troublemakers.
The round pegs in the square holes.

The ones who see things differently.
They’re not fond of rules.

And they have no respect for the status quo.

You can praise them, disagree with them, quote them,
disbelieve them, glorify or vilify them.

About the only thing you can’t do is ignore them.
Because they change things.

They invent. They imagine. They heal.
They explore. They create. They inspire.

They push the human race forward.

Maybe they have to be crazy.

How else can you stare at an empty canvas and see a work of art?
Or sit in silence and hear a song that’s never been written?
Or gaze at a red planet and see a laboratory on wheels?

We make tools for these kinds of people.

While some see them as the crazy ones, we see genius.

Because the people who are crazy enough to think
they can change the world, are the ones who do.