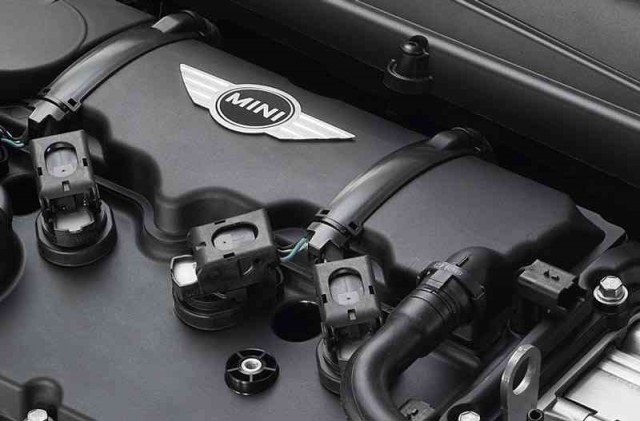 BMW and PSA have renewed their collaboration on the next generation of Prince engines and a new platform for electric hybrid drive. Referred to as BMW Peugeot Citroën Electrification, this continued partnership is expanding on their existing partnership to include the next generation of electric hybrid components for use in BMW and PSA Group automobiles. They’re not stopping there, however. The cooperation plans also include the development of a whole hybrid drive platform of components that other auto makers can use to add efficiency to their vehicles without having to go through the development process from scratch.

However while most of the automotive press will likely focus on the hybrid aspect of this story, we’re much more interested in what is otherwise the footnote of the original story regarding MINI’s range of petrol engines.

According to BMW, the pair will continue to develop the Prince engine going forward, with the first new engines finding their way into BMW/PSA vehicles in 2015.

For new readers, the current crop of MINI engines is known as the “Prince” line. Unlike the Chrysler-based, first generation MINI engines, the Prince was produced as a joint venture between BMW and PSA. BMW did the design and engineering and PSA (the parent company of Peugeot and Citroën) supported block production and added buying power. Both companies shared government compliance and development costs. All done, both companies then use the power plants in their vehicles such as the Citroën C3 and DS3, Peugeot’s 207 and 308 and the MINI Cooper line. To date, some 1,800,000 1.4L and 1.6L engines have been produced.

With the next generation MINI hatch slated for a M.Y. 2013 debut, any talk of a “next generation Prince” would imply that some of MINI’s future power plants are likely to be Prince-based. But let’s break that down a bit further and remember how all of this cooperative stuff works. The current Prince engine, and any subsequent generations thereof, are engineered entirely by BMW, regardless of the PSA partnership. What this news does is shed some further light on the development roadmap for MINI engines. Are the three cylinder power plants we’ve been hearing about based on the Prince as well?

The answer to that is no. The 3 cylinder engine will be a powerplant shared within the BMW Group (at this time) and also found in the upcoming front wheel drive 1 Series BMWs destined for release (outside the US only) around 2013.

But let’s not forget the prospect of the hybrid powerplant. Based on our sources, we expect to see this drivetrain show-up in the Countryman and Paceman first. Who knows, that extra power you’ve been looking for in your Countryman All4 might come from an electric-assist AWD system that adds both torque and efficiency. And in time, the innovations happening at BMW could make cars around the world more efficient.