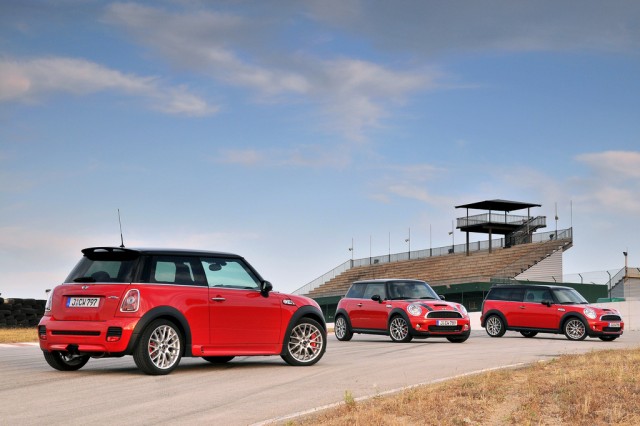 When MINI released the R56 JCW we all groaned at the lack of visual differentiation. And while MINI has eventually fixed that issue with the 2012 models, there are still three years of JCW out there that, for all intents and purposes, don’t look any different than a Cooper S. This is particularly an issue when trying to find one used. I recently had a senior editor of a very large automotive website ask me for help in the JCW quest and I was blown away at how hard the process had become. I told him not to give up because the JCW was definitely the one you’ll want. But it takes patience and just the right amount of arcane MINI knowledge to find a real JCW.

As enthusiasts know, it’s not always easy to look for used cars on the web due to misleading descriptions. Often I leave it up to the photos to tell me the real story about the car. When it comes to the JCW, even that can be tricky. So what’s the secret? 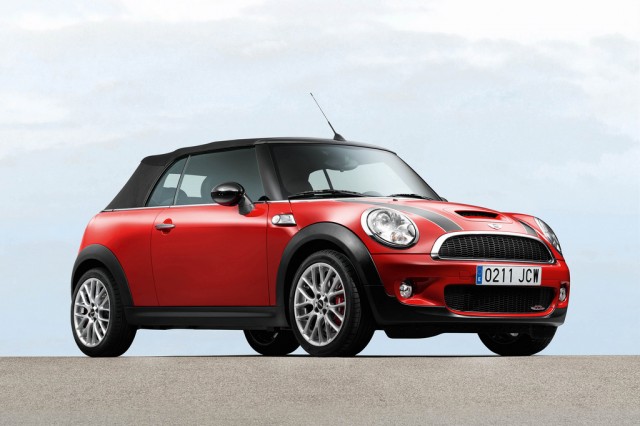 Here are a few MotoringFile approved tips for all those looking at used R56 JCW. Hopefully these help you find the real-deal.

– Look for the wheels. JCWs came with a set of silver 17″ Challenge Spokes until 2010 when black also became optional. However note that I’ve seen more than one used JCW stripped of it’s Challenge Spokes by a previous (and greedy) owner sitting in a car lot.
– The massive red calipers of the Brembo four pot JCW brakes should be peeking through the front wheels. You can differentiate these from the aftermarket as they are the shape of the MINI wing logo. Although its worth noting dealers sell these as kits that easily bolt onto any R5X MINI.
– The JCW grille badge should be placed on the lower left side of the lower front grille. Around back there should be no mention of the word “Cooper”. Instead just a surf-board shaped JCW badge on the right side of the boot.
– Inside there should be a cheap looking plastic checkered flag sticker stuck to the right side of the dashboard. Surprisingly it’s legit.
– From 2008 to 2010 the red shift pattern was exclusive on the JCW.
– From 2011 on JCW offered a chili red roof on all R55 and R56 JCWs. Take rates have been low but it’s an easy way to spot a thoughtfully appointed JCW.
– From 2011 on JCW offered exclusive dark background gauges that make the interior much more distinctive (especially given MINI’s goal speedometer).

In the years ahead one of the most frustrating things used JCW shoppers will find is the proliferation of the JCW Pack. In 2011 MINI starting offering what they call the JCW Package which adds the JCW Aerokit, above mentioned Challenge wheels, JCW door sills and even the shift knob with the red shift pattern.

Why did they offer the look of the JCW without the go? It was a business case issue. Because JCWs hadn’t sold in the numbers they hoped for (perhaps because there was no visual differentiation) MINI couldn’t rely on JCW sales alone to make adding the aero-kit to the factory
profitable.

And all of this meant another thing – depreciation. Yet the fact that JCWs don’t hold their value is a boon to anyone looking for one on the used car market. In fact the more I looked and the more I got into it, I realized that a used R56 JCW is probably one of the best used car buys for the enthusiast today. If you can find a real one.

New 2008 US Mileage Numbers are Official