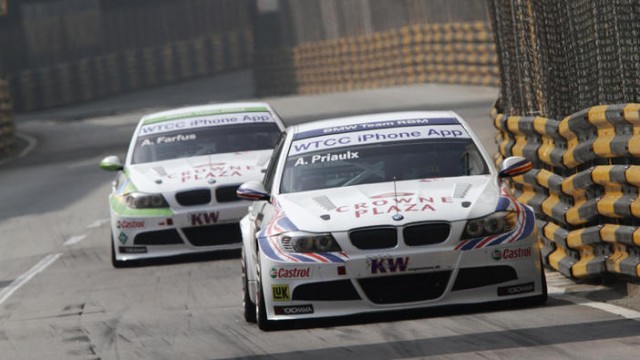 The current 1.6L MINI engine wasn’t quite born out of the strange bed-fellow partnership that the previous power plant was. The Tritec came to MINI from of Chrysler (where it was engineered and designed in Detroit) via Brazil (where it was produced). It just so happened that it turned out to be a robust and characterful power plant that suited the R50 and R53 rather well.

In comparison the Prince family of engines has quite the pedigree. Designed and engineered by key members of the same team that had just finished work on the famed M54 inline six BMW engine, the Prince engines introduced MINI to a number of new technologies. BMW even enlisted the help of the then BMW F1 team and some of their engineers when it came to a few key components within the JCW version. 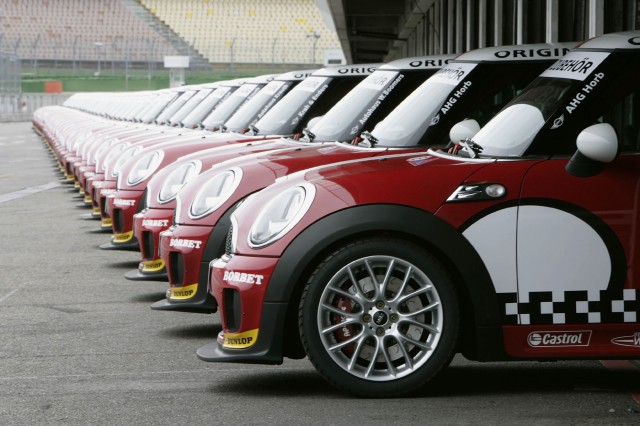 Motorsports and the Prince engine started in 2008 with the updated MINI Challenge car. First shown in the summer of 2007 at MINI United (teased actually) the engine found under the bonnet was essentially a freer breathing version of the forthcoming JCW MINI. In JCW street guise the turbo four made 210 bhp. And while that was down on the Tritec JCW power plant (which made due with 211 bhp) torque was way up. In all it was the fastest MINI made yet.

But that wasn’t the end of the Prince’s motorsport involvement. Fast forward to 2010 when both BMW and MINI race cars debuted with the 1.6L turbo Prince under the hood. For the MINI this was in the form of the 300 hp WRC Countryman. However with BMW it was (surprisingly) in the form of a rear wheel drive 310 bhp, 310 lb-ft BMW 320 TC. Yes that means tranverse mounted 1.6L is turned sideways and mounted in typical BMW fashion (longitudinally).

BMW then went even further and put the revised MCS Prince engine (code named the N18) into the rear wheel drive F20 1 Series BMW. That engine (using the BMW code-name N13B16), is mounted transversely powering the rear wheels. It features two different tunes: the 116i with 136 hp and the 118i with 170 hp. The engine characteristics are slightly more refined to better suit the BMW brand. 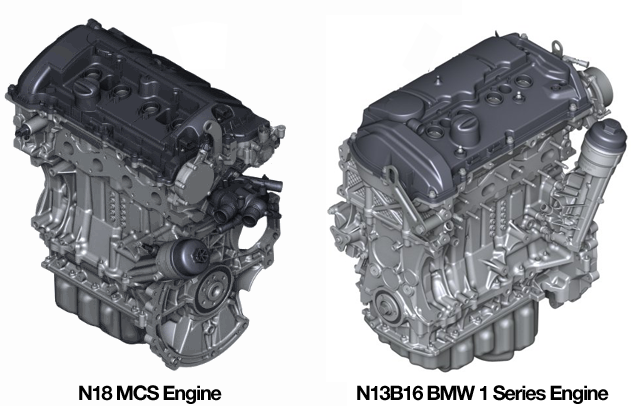 What does all of this mean? For starters there will be a greater emphasis at BMW on developing the Prince family of engines in the years ahead. It’s also clear that BMW sees a bright and increasingly high performance future for some Prince engines. Last year the Cooper S turbo got a sizable boost thanks to BMW’s famous variable valve timing. Next year we expect that upgrade to extend to the current JCW power plant in the form of more power across the power-band. How much? Don’t be surprised to see the 2013 JCW (available in Coupe, Roadster, Convertible, Clubman and yes, Countryman) to flirt or even surpass the 220 hp mark.

Also under development (likely for 2014) is hybrid version of the engine that will likely make it’s way into the the Countryman and/or Paceman along with BMW’s own front wheel drive MINI based 1 Series.

Yes MINI is introducing a 1.5L 3 cylinder engine in the next generation MINI that will wow with it’s efficiency and performance. But it’s clear that the four cylinder Prince will continue to play a very important role for both the BMW and MINI brand on both the road and the track. 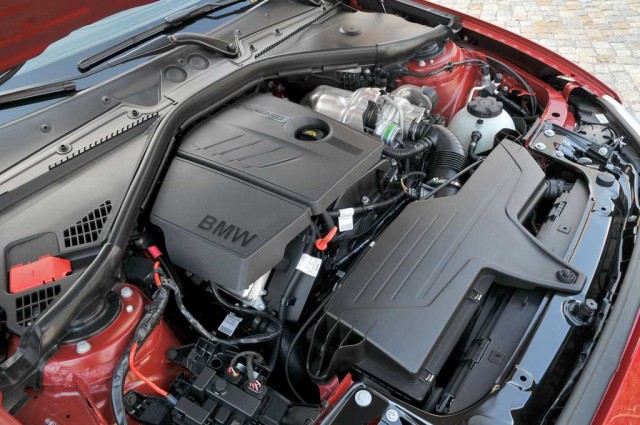