Last week we kicked off JCW month with a look back at the JCW GP five years later. This week we take a look at the other JCW of the time, the MINI Cooper S factory JCW. This was a time of transition for the JCW brand as it moved from a dealer installed kit to a factory installed package. It also represents the pinnacle of the factory R53 (not counting the special edition GP). 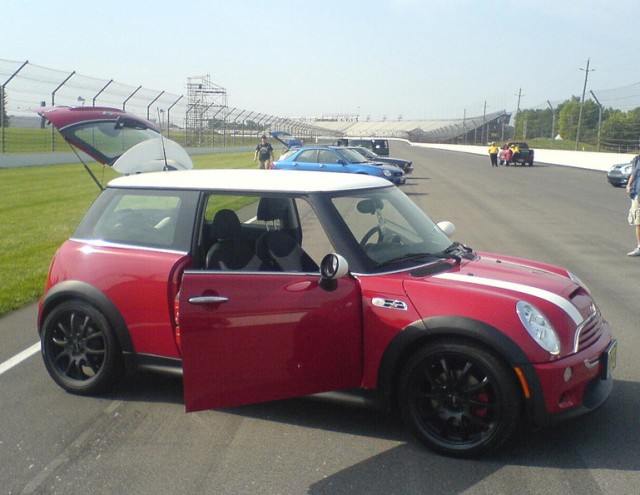 Over the last week or so my respect for the Cooper S JCW kit has grown immeasurably. Driving almost 1,500 miles in seven days is a great way to find a car’s potential and its faults. Yet with the JCW MCS, the latter was almost impossible.

But before I get to my final thoughts on the car let me recap a bit. MINI USA gave me the keys to a 2006 MINI Cooper S with the JCW package and basically said, have at it and let the world know what you think. As the owner of a Cooper S with a pulley and a number of other modifications, this was a chance to do a direct comparison between the two cars and see what it was like to actually live with the JCW MCS. The test car was lightly specced. Chili Red/White roof, Sport package, JCW package and 18″ Matte Black JCW wheels. From a performance standpoint one couldn’t ask for anything more save for the JCW suspension or a full-on GP.

So I set out on a week of driving that included trips to the USGP, northern Wisconsin and my usual jaunts throughout Chicago. Highway mileage, Chicago grid-patterns and curving country roads provided the test-bed. Four short reviews later and I’m here to give you my final thoughts.

Let’s start with the comparison that everyone seemed to be asking about. How does the Cooper S w/the JCW kit compare to a modified MCS? First and foremost the JCW is smooth. I know it’s been said before but you just can’t say it enough. The car feels as if countless hours of testing went into every component in an effort to make the drivetrain as close to perfection as possible. It not only shows in the power but in the way it drives at low speeds around town. Where my MCS with a 15% pulley, Supersprint exhaust, and JCW intake can feel a little urgent and, at times, frantic (not bad things mind you), the JCW feels completely smooth and unflustered. It’s actually easier to drive smooth than any other MCS I’ve ever driven. 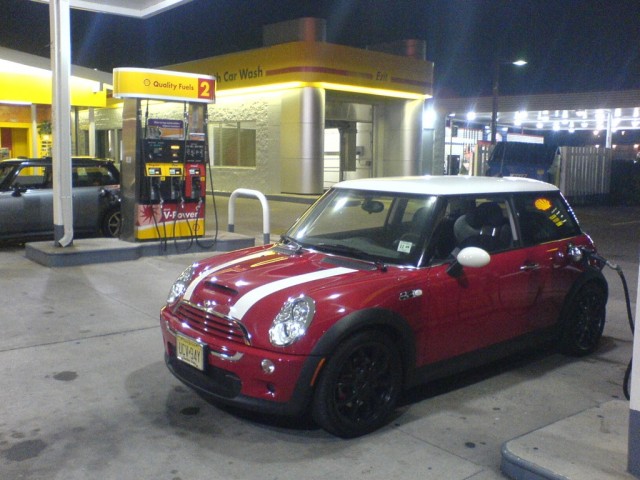 The JCW MCS also excels when the comparison turns to sheer power. The pulley (and the other mods) increase power, but they don’t add it in such a unified manner as the JCW kit. The 210bhp of the JCW is seemingly everywhere, in every gear and whenever you need it throughout the rev range.

There’s also the badge factor to consider. I had more than one person come up to the car and ask how I liked the JCW package. One guy came up to me while getting gas in central Indiana and said “nice MINI”. He changed that to “really nice MINI” once we noticed the JCW badge. There’s no questions $6000+ can get you more respect from people in the know. But since the kit contains no visual additions to the car, any added attention is from either the educated automobile enthusiast or other MINI owners.

For those who couldn’t care less about added distinction, yes the kit’s performance is as good as promised. Simply installing a pulley on an MCS does not match the experience that the JCW gives you. But that performance comes at price that makes the value of the kit all very relative. $6300 is a lot of money no matter how you slice it. And with the sport package a mandatory option for JCW equipped MINIs in the US, the price of admission is a stratospheric $29,150 including destination. That’s $4,000 over the price of my very well equipped 2005 MCS.

But asking if the JCW kit is worth it is a loaded question because it’s such an individual answer. Sure you get enormous piece of mind and performance that is untouchable by most modded MINIs. But there are many out there that simply can’t justify the cost despite how phenomenal the car is. In the end you simply have to ask yourself one little question; How fast do you want to go?

If I could order my car all over again, opting for the JCW package would be a very difficult decision. Part of the fun of ownership is slowly creating a faster, more individualized car. With the JCW kit there’s simply less to do and less to be involved in when it comes to mechanically modifying the car. But I must admit the power is addicting on a level that surprised me. Having driven a 210bhp JCW before, I had expected not to be very surprised by it all. But learning to rely on that power and even taking it for granted while flooring it in sixth gives you a new perspective on what you need vs. what you want. And sometimes what you want is what you need.