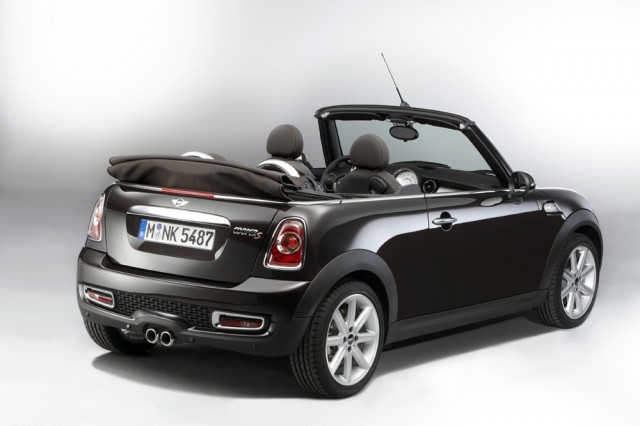 This question comes to us from MotoringFile reader Shawn Brandt.

What do you recommend for someone who is hopelessly obsessed with MINI’s but one is currently out of financial reach — even a decent used one?

Like many Americans of my generation, my first exposure to MINI was the remake of the film “The Italian Job”. From that point on I was hooked. The more I learned, the more I desired. Not every car can appeal to, and sync up with, a personality in a way that MINIs do.

I was headed into the summer after my second year of college. I had a great internship all lined up and very little responsibility otherwise. This seemed like the best time to replace my old rusting Jetta which was continually failing state safety inspections. After a couple months of research, I found my match. She was a 2006 Cooper S hatch, essentially styled with the checkmate trim edition, sans checkered decals.

Years following, the job market wasn’t what I had hoped for as a structural enigneer, especially for a recent graduate. Despite that, I married my college sweetheart and decided to take any job I could find. At one point my wife and I had two jobs each and only about an hour of mutual free time each day, but we were making it work.

We managed to fit in a vacation that first year together. I was excited to take the MINI on its first road trip: Pennsylvania to South Carolina. We’d travel 500 miles and 5 states. It was awesome. Never had a long drive been so stimulating. As we got close to our destination I started to notice the tiniest decrease in power. I couldn’t sleep all night. I had no idea what the problem could be.

The next day I searched for the closest MINI dealer. It was more than a 100 miles away. I thought that maybe a BMW dealership would be the next best thing. As I drove it to the closest one, the car began to have less and less power. This BMW service center read the computer and took it for a spin, only to tell me that they have no idea, but it should be ok to drive from South Carolina to Pennsylvania.

Taking their word for it, I let it sit until it was time to leave. We drove about 60 miles before it dropped to a top speed of 30 mph. Then it went down a 15 mph limp. We were in the middle of nowhere. Basically no closer to home, and no closer to a MINI Dealership for help. There we sat, broken down, and low on cash.

GPS and cell phones were our only friends out there. We got AAA on the phone and a flat-bed on the way. Destination: Hendrick MINI, Charlotte NC. 120 miles away.

We had never met a group of individuals so kind as the folks at Hendrick. As soon as we pulled in, we immediately felt as if it were at a home away from home. Even though it was closing time for them, they were eager to make things better for us. They offered to find us lodging and called in favors from friends. Shortly after arriving we had keys to a 2010 Cooper S service loaner and a new city to explore. They even took the time to diagnose the issue after closing.

The news was not nearly as nice as their southern hospitality. We had a cracked catalytic converter, messed up water pump, and a bad pulley. An estimated 4 days for parts to ship and a $2000 bill, even after a piece of s&*t 3rd party aftermarket warranty. The service advisor had done everything she could to reduce the bill and the wait. With my MINI all fixed up and credit cards getting heavy, we set off for home. She was back to driving like a champ.

A few months went by and the search for a real job was turning up nothing. Bills from our unwelcome excursions were still weighing down on us. Something had to give. With still a couple years left on my car loan, and the cost of ownership never seeming higher, the MINI was the first on the chopping block. I loved that car more than anyone should love a giant cluster of metal, but my options were slim and the choice was obvious.

I traded her in for a good deal on a Honda Insight hybrid. That’s right, Honda. And yes an “economically powered” Insight. While I was cutting costs, it also seemed like the right time to cut fuel consumption. At first I was slightly distracted and consoled by fuel saving technology and only having to buy regular unleaded. That quickly wore off. The Honda is a good car, but she’s weak and painfully boring to drive.

Not but 3 months later I received an offer for an incredible job as a bridge designer. Soon after that, life and responsibilities began to snowball. We bought our first home. Student loan repayments kicked into action. Then the wife got a good job too! Then all the excitement leads to a little bun in the oven! A little girl, due in just a few short months! We couldn’t be more thrilled.

While all of our progress was good and fulfilling, I couldn’t help but miss my MINI. I’d think about her every day I drove to work and with every MINI that passed.

A couple months back, I was out of town on business. My coworker, who is well aware of my obsession, decided we should stop by a MINI dealership since we were in the area. As we came near the dealership, I begin describing my old MINI. At one point, we were stopped at light. As I continued talking, I saw a dark blue MINI with a grey top and that distinct, u-shaped strip on the front. So I pointed it out and begin to say, “Oh, it looks exactly like tha…” then it hit me. “THAT IS MY MINI!”

I immediately recognized the spoke pattern and, dare i say, a ding in the hatch door? As she passes in front of us, memories start rolling in. Only the good ones. What are the chances? Why the hell did I let her go. Had I known that I only needed to struggle for 3 more months with crappy jobs, I would have never given her up.

Now, its a completely different story. Mortgage payments and a baby on the way. A MINI is still just a little out of reach. Naturally a Countryman ALL4 would be next on my list considering child seats and safety. Not to mention the cargo and added security during our northeastern winters.

If things would have just happened a little differently, I would still have my MINI. I would make it work for car seats and cargo. During my time with that car I never wanted anything different. I would have been happy driving it until the day I die.

I don’t blame MINI or my particular car for what happened to it on that unlucky road trip. It was just a freak chain of events that unfolded in the perfect storm of automotive misery. The kind souls at Hendrick MINI did a lot to ensure that I never look down on the brand. I still maintain contact with that service advisor and consider her a friend.

My wife and I were at the Otto’s MINI grand reopening this past Friday. I don’t know why I torture myself like that. My obsession is a sickness and there is only one way to make me well. Unfortunately the remedy is just not in the cards for me at the moment.

Thanks, Shawn, for writing in. Now everybody give him a hand. How can Shawn scratch this itch?

We Need Your Questions on the Future of Mobility