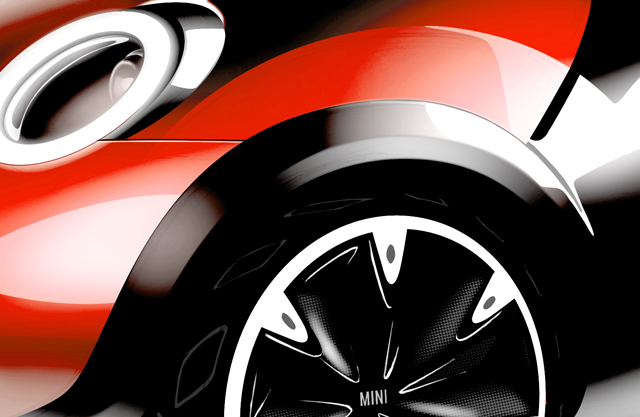 The MINI has faced one consistent criticism here in its largest market for ten years. Despite it being a core brand attribute, many people in North America can’t get past the size of the standard MINI hatch. It’s seen as unsafe, uncomfortable and most of all simply not practical. The first two can quickly be disproven by simply experiencing the car in person and reading about its impressive safety certifications. But getting someone who is used to four door sedans to believe that a MINI hatch can be practical for them is harder to do. So MINI is developing a secret weapon for the next generation hardtop aimed squarely at markets such as the US. The internal code-name is F55 and, if it is received as hoped, it could make a MINI seem practical for an entirely new group of potential owners.

The solution is simple. According to sources familiar with the situation, MINI will create a version of the next generation hatch with 5-doors. Using the next generation hardtop 2-door (internally knowing as the F56) as its basis, MINI will shorten the front doors and add two small, conventionally opening doors behind them. This will be much like the Countryman’s layout, but in a smaller package. Those rear doors will be on the small side, but still more usable then you might expect. Sources are telling us that the rear doors will extend from the trailing edge of the front doors all the way into the rear wheel arches and up to the gas cap on the right side of the car. The F55 will have four sets of standard door handles opening everything up.

Speaking of those door handles, we can also expect a redesign of the pull handles that have been around since 2001. Stylistically they will be similar, but instead of an internally pivoting latch, the entire handle will pivot outward from the front end, much like the mechanism found on newer BMWs. So no more door handles freezing solid and useless in the dead of winter. 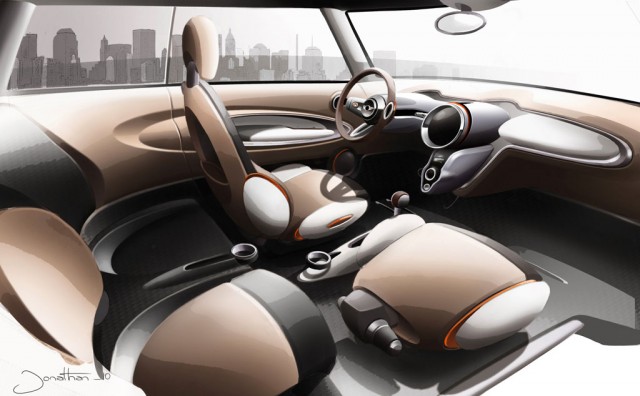 Stylistically the front of the car will be identical to the new F56. However the rear will be slightly raked as the extra 5 cm of legroom will push the boot out slightly. Think of shape as almost a fast-back. In total the F55 will likely be at least 5 cm longer than the F56 hatch which will be approximately the same size in length (give or two a cm or two). On the roof the R55 will feature a more subtle version of the Clubman’s “dune-line” roof profile to further distinguish the three and five door hatches.

So how should we picture this car? Think of the F55 as a four-door MINI hardtop similar to how VW offers both a two and four-door Golf. MINI will even likely market the R55 simply as “the four-door MINI.” It won’t be taking the place of the iconic two door hardtop, but it will be offered for those who want a small MINI with just a bit more practicality. A little practicality wouldn’t hurt the hardtop for many. Have you ever tried to get a child seat in the back of the hatch or perhaps a dog in and out? Then you’ll know why the four-door F55 may go along way in helping Americans overcome their fears of impracticality. For the rest, the original hatchback form factor of the two door MINI will remain as well.