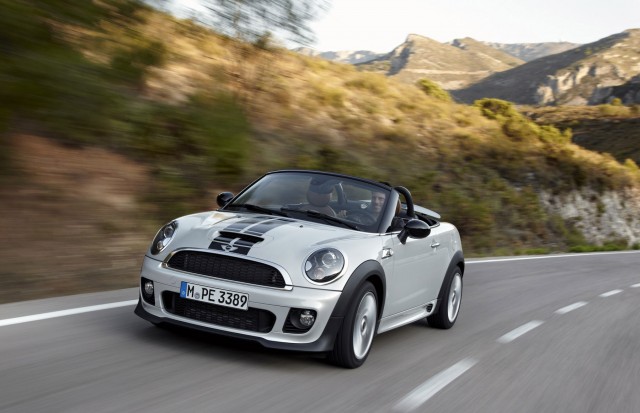 MINI USA has just lifted the covers on 2013 pricing across the line-up. Lots to talk about and take in but first some highlights:

– Bluetooth will be standard on every 2013 MY vehicle (formerly a $500 option), replacing Sirius Satellite Radio.
– Sirius will now be an option ($250) and includes a one-year subscription.
– The Technology package now includes Sirius Satellite radio, Comfort Access in addition to the existing MINI Connected feature. A center armrest (with integrated iPhone adapter pre-wiring) is also included.
– A new Premium package ($1,250) has been added for the MINI Hardtop and Clubman that includes the three most-popular options—a Dual-pane panoramic sunroof, Automatic wipers and Automatic climate control. Bundled together, they offer a $500 discount.
– The JCW now comes with what MINI is calling “the JCW steering wheel”. However this could just be the standard wheel with a JCW logo on the button spoke – we’re awaiting confirmation.
– Kite blue is now available as a JCW option – as we indadvertedly alluded to in our Roadster speccing article a few months ago.
– MINI Roadster – The semi-automatic roof and rear wind deflector are now standard on all MY 2013 Roadster variants.

What about timing of all these change? Here’s the run-down:

Full pricing after the break. 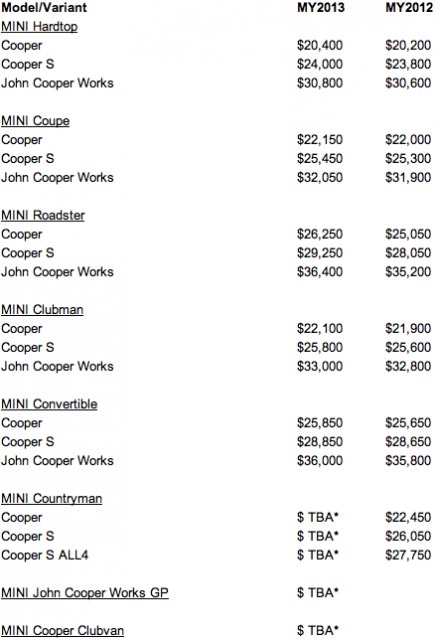 MF Podcast: The R56 on the Nurburgring

MINI Production to Decrease in 2006