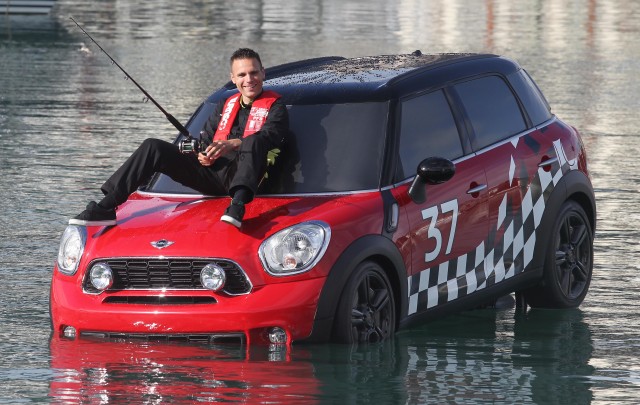 MINI is taking its renowned go-kart handling to the next level, introducing a new model to coincide with the 40th anniversary of winning Rally New Zealand.

“We’ve pushed the boat out with this one and it’s bound to make a splash,” said MINI Brand Manager, Simonne Mearns.

“Thanks to four-wheel-drive go-anywhere ability, this new MINI takes to adverse conditions just like a duck to water.”

The new MINI model will become a talking point amongst people coming to the Viaduct area to sample some of the rally action. 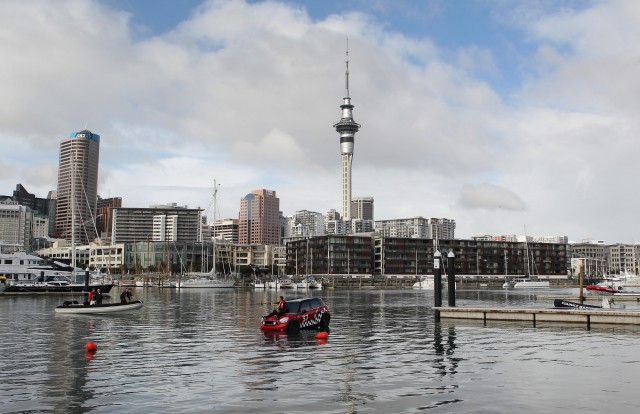 “We want to find a new name for this model and are taking suggestions on our Facebook page – www.facebook.com/MINInewzealand,” said Ms Mearns.

“It’s based on the MINI Countryman, but has been nicknamed the MINI Aquaman by some of the teams.”

The new MINI will be parked outside the pubs and clubs of the Viaduct area for the duration of the rally.

“At least we know this is one vehicle which isn’t going to be wheel-clamped,” said Ms Mearns.

MINI will continue to get amongst the rally action this weekend with a dedicated Fan Zone at the Viaduct Events Centre.

Fans can ‘get their rally on’ and become part of the action with behind the scene service park tours, driver autograph sessions, a MINI Countryman photo activation and view MINI GC4 from the 1972 Rally of New Zealand.