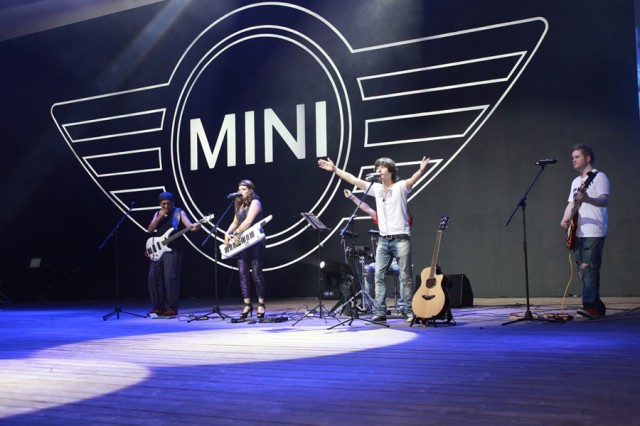 MotoringFile and WRR attended MINI United in France just a few weeks ago. Turns out MINI threw Asia its own MINI United event starting on the 23rd of June. Just like MINI United Europe, this event is describe as an “open air festival” featuring numerous MINI and non-MINI related activities as well as musical acts to please the crowd. Great to see that as MINI grows in the fastest growing part of the world, they haven’t forgotten about the culture of motoring. Hopefully next year we can make it out to cover MINI United Asia in person!

[Official Release] MINI United is celebrating its premiere in China. The spectacular open-air festival for fans of the British small car brand will be held for the first time in the southern Chinese coastal city of Xiamen. The MINI Community will come together from across the South China region on 23 June 2012 for this extraordinary gathering of MINI aficionados. More than 700 people are expected to attend the event, having secured their places for the festival at 14 MINI dealers around the sales region. Awaiting them on Xiamen’s Music Island will be an exclusive party, bringing together everything from live music and sporting competitions to a world record attempt; at the heart of the festival site, on a platform measuring approximately 18 metres (59 ft.) in length, the world’s largest sand sculpture replicating the form of a MINI is taking shape.

The offshore island where the event will be held is reached via a bridge, which will be reserved as an exclusive MINI car park during the day of the festival. Half green oasis, half sandy expanse, the location offers the ideal backdrop for MINI United’s first visit to China. A large open-air stage will showcase live music and DJ sets, and the winners of the festival competitions will also be crowned here. A go-kart race track carved into the sand in the outline of the MINI brand logo will be the scene for some sporting cut and thrust, while on the water a line-up of floating, pedal-powered MINIs will also lock horns in race action.

For many of the festival-goers, the customary MINI Community experience will begin en route to the party. These are the enthusiasts who will be driving their MINIs distances of up to 735 kilometres (457 miles) to the event. Ten groups of cars will each travel in convoy, with various check-points along the way helping to heighten that MINI United state of mind. Plus, the drivers can also use their sense of direction and skill to collect points for a competition, the winners of which will be presented with awards during the course of the festival.

Its central location and outstanding infrastructure makes Xiamen a particularly sound choice as venue for the inaugural MINI United Festival in China. This city of around 2.5 million people enjoys a position of considerable importance in south-western China, thanks both to its university and its status as a tourist centre. Xiamen offers visitors an intriguing mix of traditional and modern urban structures, an ample supply of culture, a mild climate and extensive green and recreational areas. Indeed, its well-tended beaches and excellent air and water quality make Xiamen one of the cleanest cities in China.
The MINI United premiere in China represents another building block in MINI’s global brand strategy. The growing popularity of the brand around the world has spawned a flourishing MINI Community, which in turn plays a key role in the inspirational MINI brand experience. In China, as elsewhere, MINI is a byword for irresistible driving fun, premium quality and individual style. The MINI United festival in Xiamen offers the perfect platform for contemporary, trend-conscious and demanding target groups to become even more deeply immersed in the inimitable lifestyle character of the brand.

Tours of the MINI Plant in Oxford