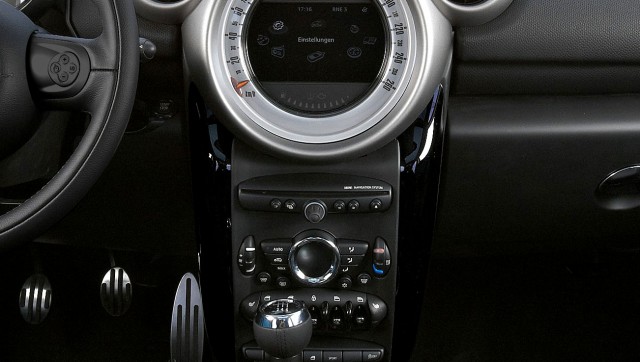 The MINI Countryman is just two years into it’s seven year cycle and selling briskly. So why is MINI updating the interior? In a word, the Paceman. MINI moved up a couple of the minor changes expected in the full LCI (which may still be coming in two years) to better correspond with the addition to the product line. What’s new? Read on the for the details.

The LCI (Life Cycle Impulse in BMW corporate-speak) will focus on the center stack. Gone are the window switches as MINI will be moving them to the doors similar to the rear doors on the Countryman. In their place will be the sport button, fog lights and DSC buttons that are currently positioned below the toggles on their own row. In the place of that second row MINI will expand the small parcel shelf that’s currently there but hardly usable.

Look for these changes to start with September or October produced R60s and then later in the year with the R61 Paceman.

Is the Paceman Starting to Sell?

What We’re Thankful For