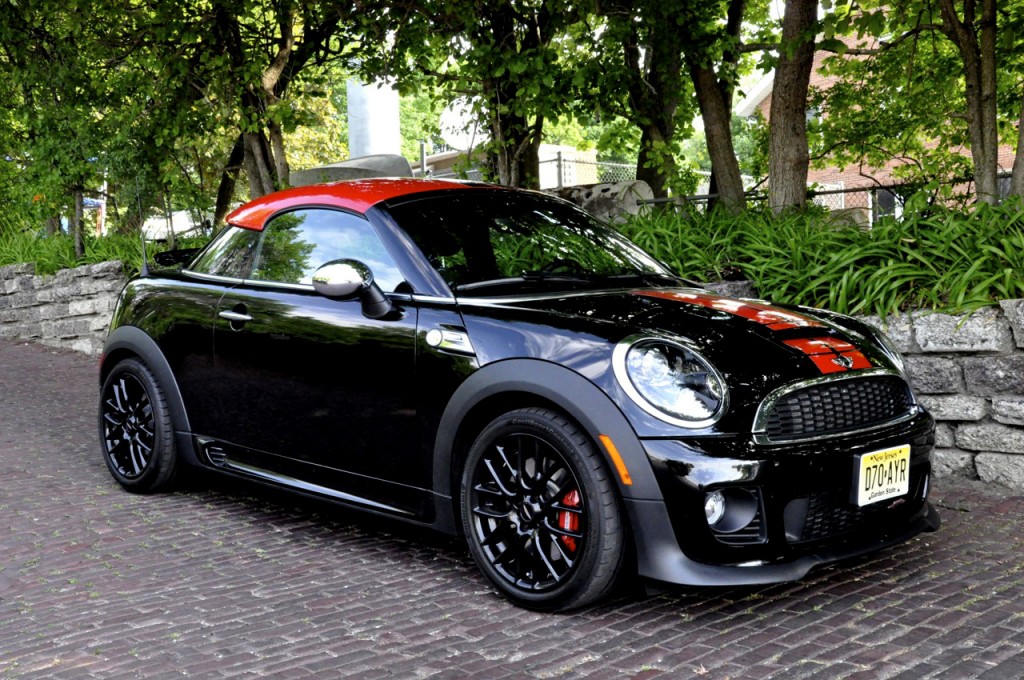 In a neighborhood thick with Ferraris, Porsches and the like, this little car is clearly the most interesting thing on the streets. It’s moments like this that make me realize that jaded journalists should be the last people anointed as the automotive taste-makers. Could the R58 MINI Coupe be on a slow burn like the original BMW Z3 M Coupe? After spending a week with the car, I’m beginning to think so. In fact, I think the car’s production life-cycle will come and go before the grassroots ground swell of positive reaction hits its stride. This is a car that will get popular with time, and by the time this little black and red JCW finds its way into the hands of its second or third owner, the R58 will likely be spoken of in reverential terms. 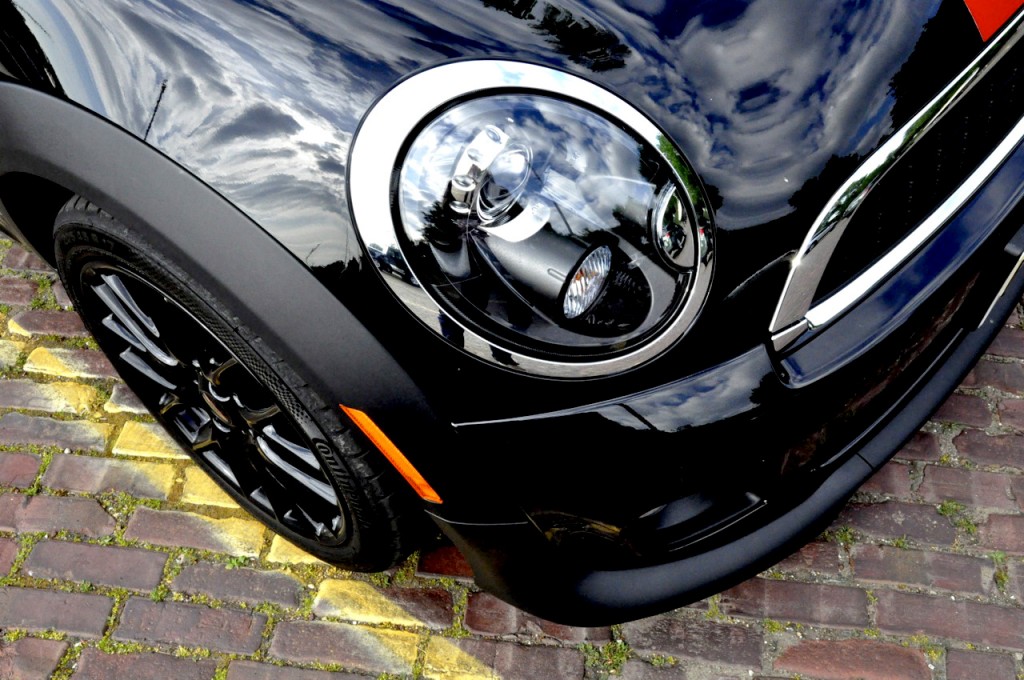 Yet on paper the R58 Coupe makes no sense. It has more weight (around 27 lbs depending on spec) and less space, which puts it at odds with a few of MINI’s core tenets. However, with that changing of the formula comes some interesting positives.

The R58 Coupe is based on the R57 convertible, and that means additional structural bracing to shore up a topless car. By putting a top back on a car that wasn’t meant to have one, MINI has increased torsional rigidity to almost unnecessary levels. This is great for performance around corners, but extra steel means extra weight. Period. And while weight does make a difference, here it’s less about weight and more about weight distribution. The Coupe has more of it upfront as compared to the standard Hardtop. This tail lightness creates a driving dynamic called lift-off oversteer — that happy feeling of nose-tucking rotation you get when you push a MINI hard into a corner and lift off the accelerator. All Hardtop-based MINIs do it, but the Coupe does it even more. It’s the kind of thing that would get you killed in a vintage Porsche. In the JCW Coupe it’s launching you sideways into a thrilling tail-out drift.

And damm is it fun. 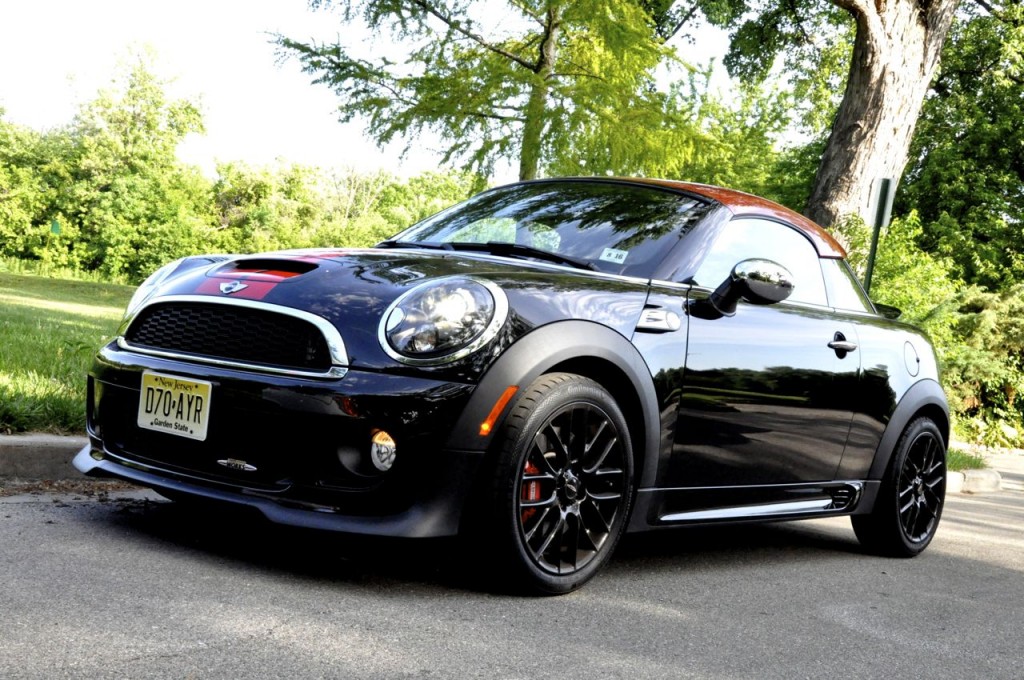 We’ve already reviewed the JCW Coupe on the track and found it to be a riot with (good) scary lift off oversteer and an eagerness to turn in that most modern cars can’t come near. The Coupe’s slightly stiffer suspension (across all three options) also gives the car less body-roll and better control in corners. This is as true on the road as it is on the track — shaving seconds off both lap times and the evening commute. It doesn’t stop there, though.

The Coupe’s sleek silhouette earns it better aerodynamic efficiency, and with that, faster 0-60 times. In both the Coupe and the Roadster, MINI also introduced a movable wing to reduce rear lift — something inherent in the MINI’s typically short boxy design. The wing reduces lift on the rear axel by as much as 90 lbs. In the case of the Coupe, MINI took steps to also limit turbulence (a by-product of the short rear window) with a roof-mounted spoiler. This roof spoiler not only gives the Coupe its signature, backwards baseball cap profile, but diverts air downward and onto the wing, further aiding in lift reduction. 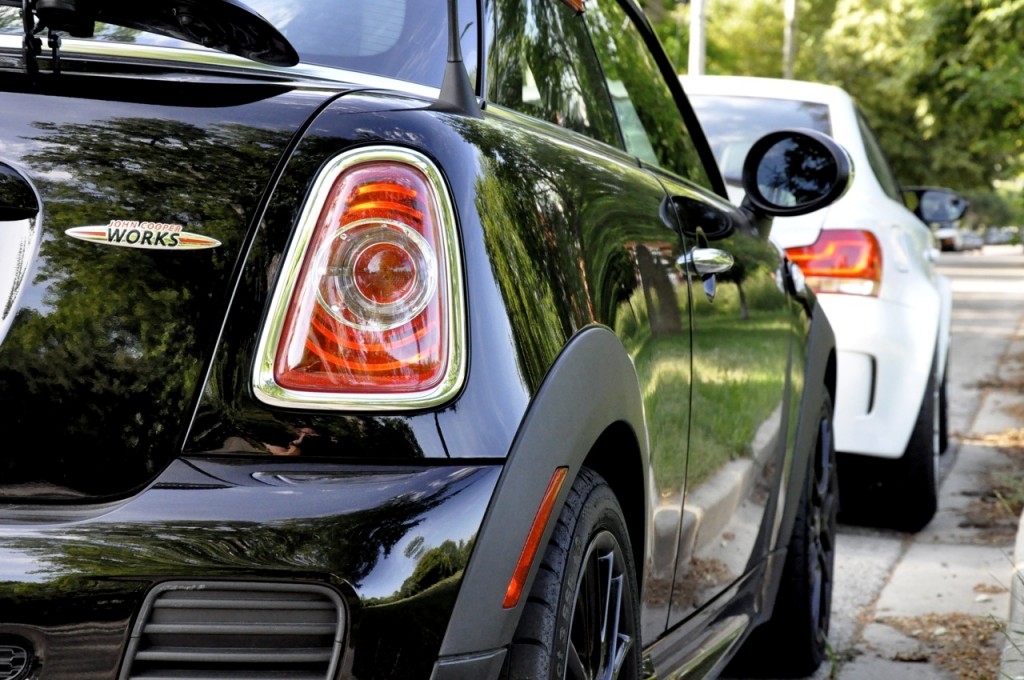 Weight and aero: these are the unique, raw assets that make the Coupe the most performance-minded variation in the MINI line-up. It may not sound like much, but it adds up to a MINI that feels decidedly different on the edge and especially at the track. From the oversteer to the increased high speed stability, the Coupe is just a little more at home when pushed than any other MINI variant.

That in itself should give this car pedigree. But then there’s the look. The very thing that so many journalists have panned is what sets this car apart and draws people in. From my week-long experience with the car, it’s quite successful at getting people’s positive attention. However, the experience of driving the Coupe further sets it apart. It’s unlike anything else in the MINI lineup.

Its low-slung demeanor produces a cocooning cockpit that feels very different than any MINI before it. While that seems like an enjoyable idea, it actually took me some getting used to. Limited visibility and the lack of the typical, airy MINI cabin was a little hard to resolve for the first few days I had the JCW Coupe. Could this be one of the reasons for slow Coupe sales in this part of the country? If so, it’s a shame because after a few days scurrying about Chicago behind the wheel of our Black and Red JCW Coupe, it all started to make sense. The stance. The look. The small cabin. It felt sinister in a cheeky way. Utterly unique, yet still quintessentially MINI.

Our test car came equipped with what in my mind are a handful of essential options: Midnight Black Metallic paint, Navigation with MINI Connected, Punch Leather seating, black headlights and Sport suspension. The grand total; $38,100. If your scoring at home, the majority of the cost is in the Navigation and leather seating. You could get by with black headlights and sport suspension and come in at $33,850. But pound for pound, MINI’s pricing will always be on the high side. With the Coupe starting even higher than the hatch, it just exacerbates this. However, those lusting after a Coupe may be in luck. Some dealers, such as MINI of Chicago, are currently offering $3-$4k off Coupes that are just sitting on lots. More on that in a minute. 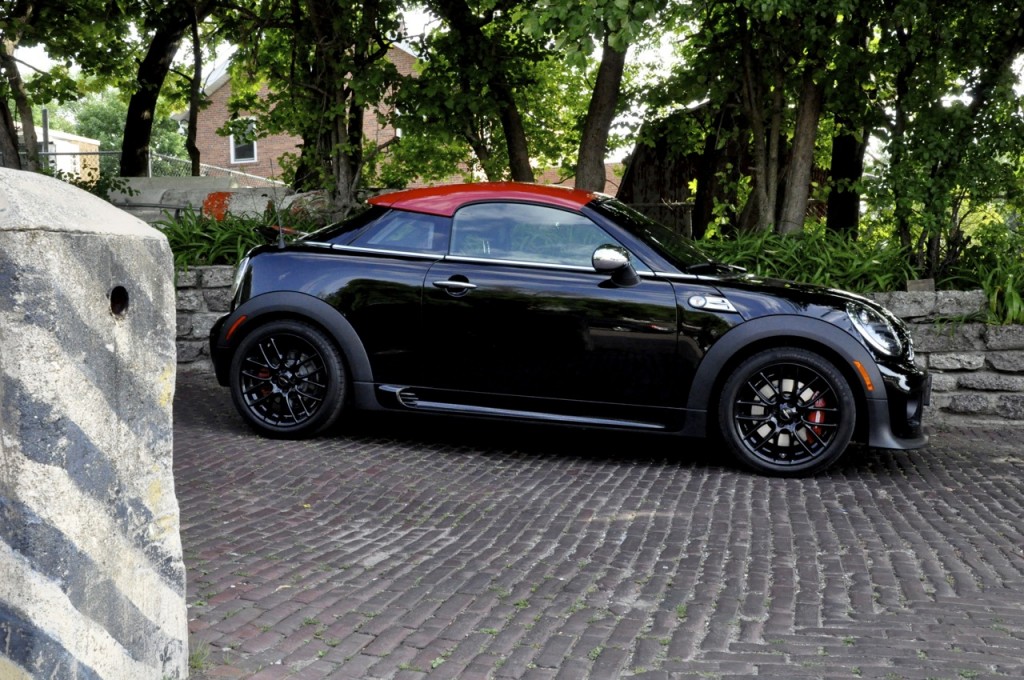 Day to day the Coupe is easy to live with if you don’t mind just two seats. The trunk isn’t as large as a normal MINI hatch with the seats folded down, but with the large hatch it’s easier to make use of all the space it does have. For a couple, or someone single, the Coupe’s lack of utility isn’t much of an issue. Especially if you prefer the more individual nature of the design.

It’s a focused car. Two doors, two seats and a silhouette that marks the Coupe as something instantly special. For enthusiasts it’s easy to get hung up on the extra 27 lbs, but the reality is that this is the most focused and best sorted MINI chassis to date. It rewards the driver with a lively yet controlled experience at the limit. Bottom line, it’s just that little bit more fun.

It’s this logic that makes it a driver’s car. However some of that same logic also makes it decidedly inferior to the standard MINI hatch. Because of this, everyone from journalists to potential buyers are having trouble making sense of the Coupe. Where does it fit within the MINI range? What does it compete against in the broader automotive landscape? These are the kind of questions that journalists ponder over pints. Yet they really shouldn’t matter. It’s a tired analogy, but the Coupe is a car that defies typical classification.

Yes, it has less of what makes the standard MINI so versatile. Yes, it costs more and doesn’t technically offer much more performance. But the Coupe is a rare machine that charms by being utterly unique. Its focus on driving — its a stiffer chassis and better weight distribution — makes the driving experience all the more pure. It’s not something you can find on paper. You can only experience it from behind the wheel. 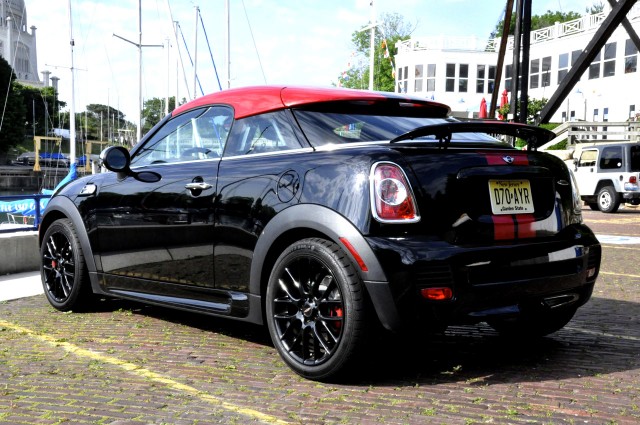 MF Review: The BMW i3 (Can the i3 Finally Become an Everyday Car?)