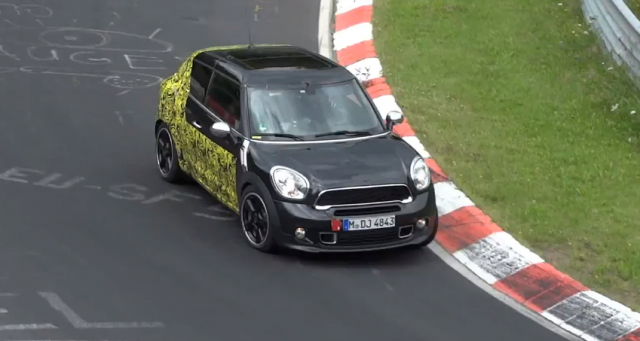 With the ‘Ring now officially in a state of bankruptcy and the future up in the air, testing continues for manufacturers such as MINI. The next vehicle of the MINI line to make its production debut is the Paceman and it is burning through tires and displaying its roll testing on the Nordschleife. A full reveal is anticipated shortly and public debut in Paris but the swirly camo does little to hide driving ability so check out the video to get a peek at what the Paceman has in store.