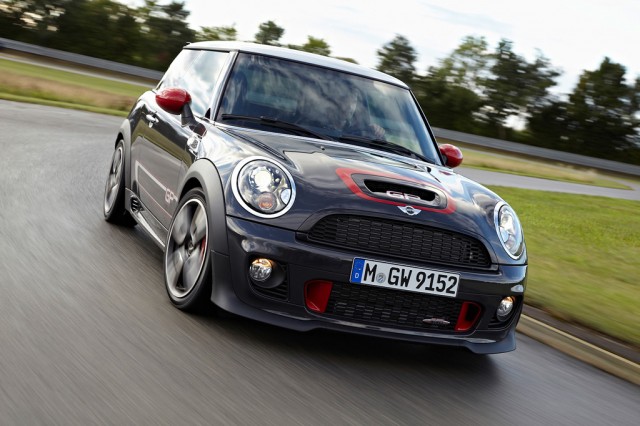 Earlier this week we showed you an early look at the JCW GP specifications thanks to an international brochure that got to dealers a few days early. Today MINI responds by opening up the vault so to speak and has given us final specifications and information on the elusive interior. We’ve reported on the genesis of the car and how it looks in person. Now lets take a look at the full story.

A limited-edition road car with race track-developed technology, the MINI John Cooper Works GP is the sportiest and fastest production model ever built under the nameplate of this British premium brand. It will make its world debut at the Paris Motor Show (29 September to 4 October 2012), and production of a limited edition of just 2,000 units will start later this year.

While there’s a lack of weight loss over the stock JCW, 2,557 lbs (DIN) still makes the GP one of the lightest sports cars in its class. And it’s this that MINI engineers focused on to help create balance between the engine, the suspension and the aerodynamics. It was all fine-tuned during intensive testing on the Nürburgring North Loop (the old grand prix circuit), where the MINI John Cooper Works GP promptly clocked up a best lap time of 8:23 minutes – 18 seconds faster than the previous GP. 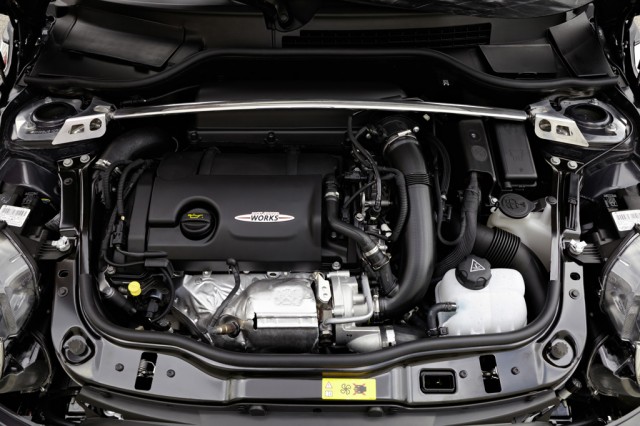 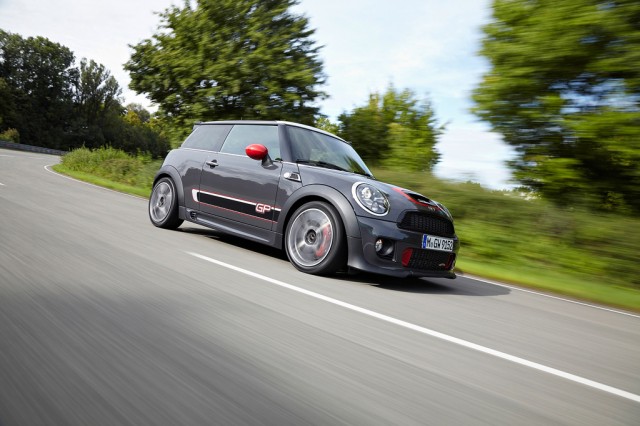 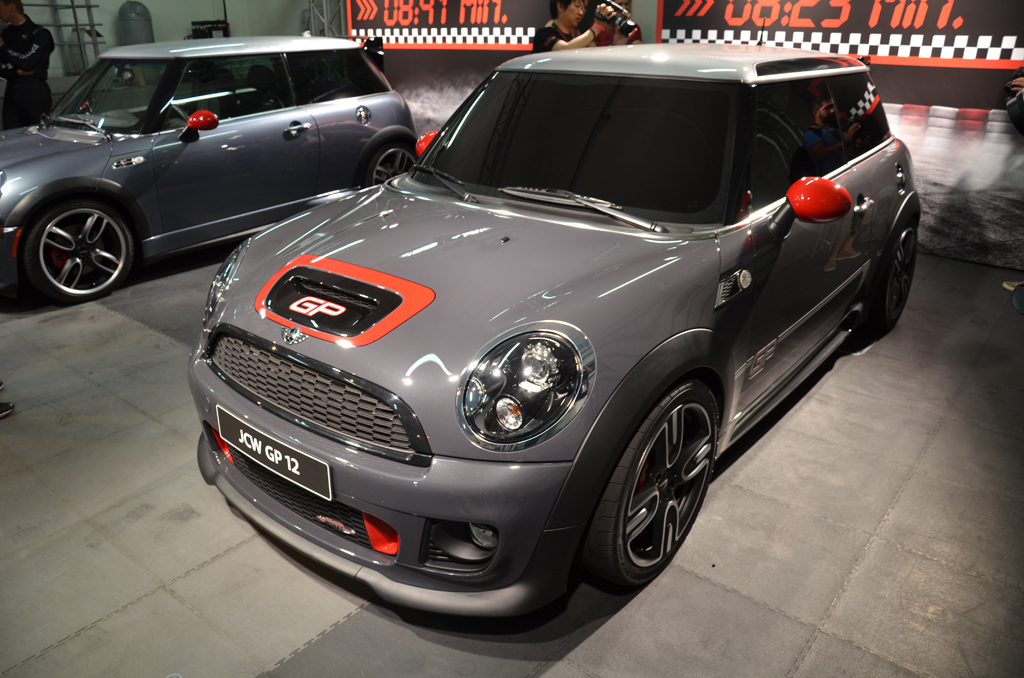 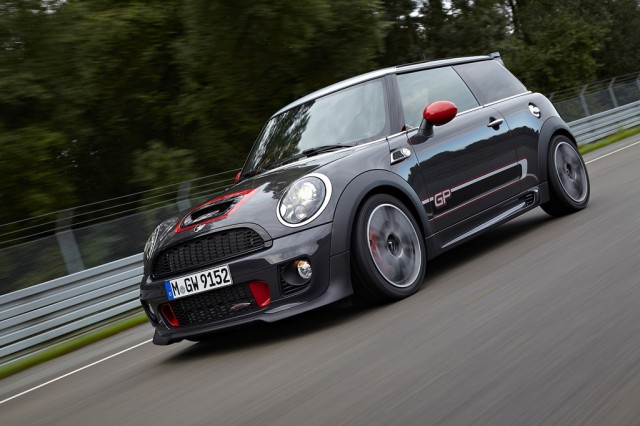 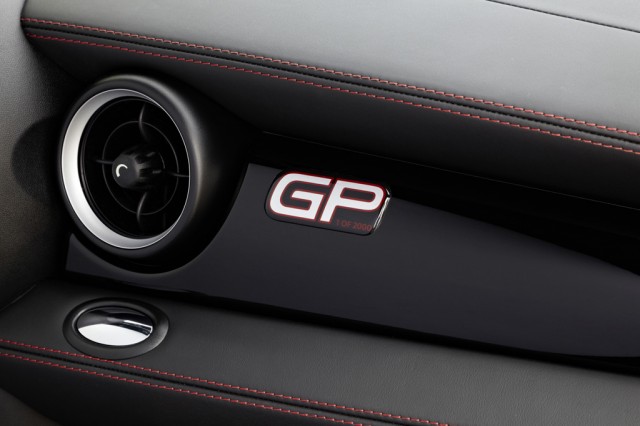 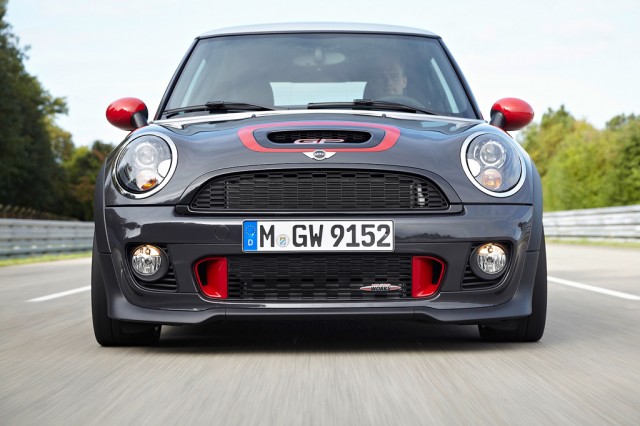