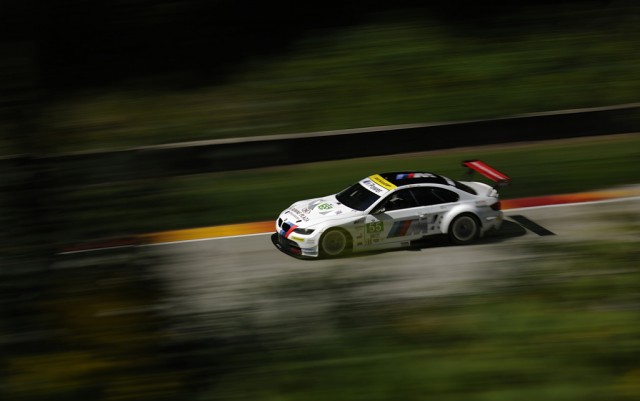 Race fans have likely already heard the news that the GRAND-AM series is merging into the AMLS. MINI racing fans should take a special interest, however. GRAND-AM is the one consistent US venue where MINIs have been able to compete and even win. With the advent of the new B-Spec series, MINI has yet another place to shine within GRAND-AM.

What the 2014 series mergers will mean for MINI racing is, as yet, uncertain. Both series will continue to race separate schedules through 2013 before combining fully. Will they run two separate, multi-class races? Or will we see MINIs racing wheel-to-wheel with exotic prototype racers?

That’s the burning question fans of all the classes are asking. Which classes will survive the merger? Both Gabe and I had the pleasure of attending an AMLS event last month at Road America, where BMW fielded a pair of M3s and actually won its class. It was an amazing event to attend, so pulling that together with GRAND-AM sports car racing (hopefully with MINIs involved) can’t be a bad thing.