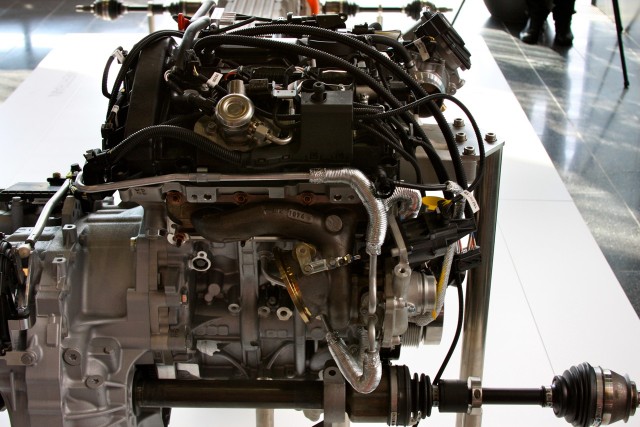 The secret has been out for years now that MINI and BMW will be introducing a new family if 1.5L three cylinder engines destined for small front wheel drive cars. But would MINI be replacing all four cylinders with equivalent 3 bangers? Our sources are now telling us that the three cylinders are just part of the story. According to people internal at MINI familiar with the matter, the next generation of Cooper S and JCW models will be powered by the entirely new 2.0L four cylinder that will be shared across all front wheel drive BMWs and MINIs. Power and MPG are expected to be up as well as potential for tuning. And while both engines represent big leaps for MINI, we believe it’s the the massively more capable 2.0L that will get enthusiasts salivating.

So one new car and two radically new engines. In fact one source has told us that spotting the differences is quite easy – even under the yellow and black swirled camouflage. If you see a MINI prototype with one exhaust pipe it has a three cylinder engine. If it has two in the center, it’s a MCS or JCW with a four.

Ultimately we believe that the three cylinder engines will not only make their way to the hatch based models but also other MINIs as well. For instance don’t be surprised to see the base Cooper Countryman eventually get the ultra efficient power plant in a late cycle update.

Another update will be the packaging. In most markets MINI will be adding a hard plastic engine cover under the hood (or bonnet) designed to insulate the engine and make it cooler and more economically. How it works we don’t know but our sources were adamant that it could be a way for MINI to dress up the engine compartment while reducing noise and adding some level of efficiency.

The four cylinder will be shared across all front wheel drive BMWs and MINI with output ranging from 180 hp all the way near 300 hp in some future BMWs. Yes it will be that capable. Will MINI see those kind of figures? It’s too early to tell but we can expect top-line JCW models to be much more competitive when it comes to power output.

Through sources close to the development of the new MINI, we’ve heard rumors of two different transmissions under consideration. The first rumor points to an Getrag sourced 8-speed dual clutch transmission. The second points towards ZF sourced 8 or 9 speed conventional automatic. Either option would be a huge improvement but we have a hunch we know which it is.

Then there’s the rumored 8 or 9 speed auto. While this is a traditional auto in the sense that it has a torque converter, it’s much closer to a DCT in the way it changes gears and matches revs. If rumors are correct, this auto will be used for all front wheel and all wheel drive BMW and MINI products in the years ahead. It will likely feature (just like BMW’s similar 8 speed) a full lock-up and will shift as fast as a DCT while offering greater refinement and fuel economy. Given BMW’s reliance on ZF’s current 8 speed auto and the success it’s had not only in increasing performance and efficiency but cutting own on warranty claims, we’d guess that’s the way BMW will go with the new MINI.

According to sources inside MINI familiar with future product features, the US market will finally see an auto start/stop system for both manual and automatic transmissions with the F56. The first version of auto start/stop made a European debut in 2007 and since then MINI USA has been interested in adding the feature to US bound cars. 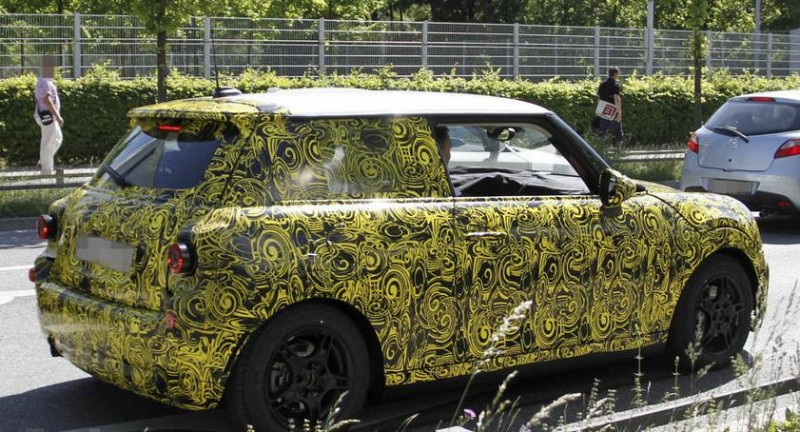 Power and MPG figures won’t be know for quite some time but expect modest increases in power and torque across the range. However in terms of efficiency MINI is ready to finally live up to its name with the new 3 cylinder.