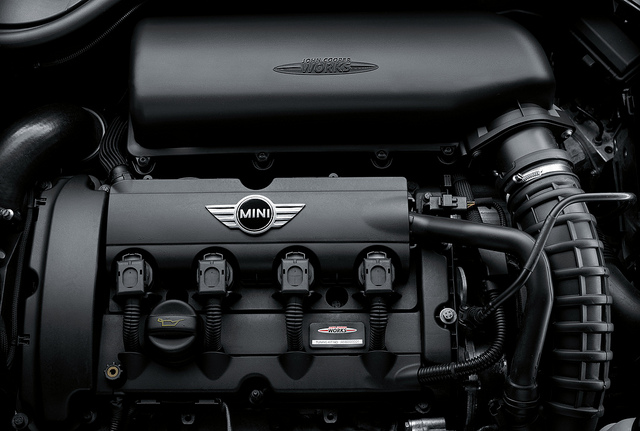 According to Automotive News Europe and “sources” BMW will let the current agreement to produce the “Prince” family of engines lapse in 2016. While this isn’t a surprise (we’ve known for many years that BMW intended to go it alone for 3 and 4 cylinder engine production) this is the first time we’ve seen a semi official mention of it. The Prince has had an up and down life (that we’ll go into more in-depth later) but can be considered a success for both BMW and PSA in terms of performance, efficiency and number produced.

So what will replace the venerable Prince engine range? Late this year BMW will be introducing the B38 and B48 series of three and four cylinder engines destined for all front wheel drive MINIs and BMWs. The engines will be more powerful, burn less fuel and weigh less than their predecessor.

The timing of Prince production ending in 2016 makes a lot of sense for MINI. The last of the R56 based models will be at the end of their life by then and BMW will be gearing up to release an updated version of the B37 and B48. But it’s the details of the engine range that are so interesting.

According to people internal at MINI familiar with the matter, the next generation of Cooper S and JCW models will be powered entirely by the forthcoming B48 2.0L four cylinder that will be shared across all front wheel drive BMWs and MINIs. MINI will then spread the three cylinders across the MINI One and Cooper models. The diesel range will follow a similar pattern.

Sources are telling us that power ratings should be slightly higher than the current range on both the three and four cylinder models. Internally BMW is quoting the following as output targets:

But it’s the efficiency gains and the weight losses that are the big story. We’ve been told to not be surprised to see US Spec Cooper achieve upper 40 mpg figures on the highway. Additionally the engines should be measurably lighter and allow for better weight distribution front to rear.

Another update will be the packaging. In most markets MINI will be adding a hard plastic engine cover under the hood (or bonnet) designed to insulate the engine and reduce some of the “clatter” often associated with small direct injection power-plants. How it works we don’t know but our sources were adamant that it could be a way for MINI to dress up the engine compartment while reducing noise and adding some level of efficiency.

The four cylinder will be shared across all front wheel drive BMWs and MINI with output ranging from 180 hp all the way near 300 hp in some future BMWs. Yes it will be that capable. Will MINI see those kind of figures? It’s too early to tell but we can expect top-line JCW models to be much more competitive when it comes to power output. Also interesting will be how MINI intends to deliver that power. We expect the highest power models to use an updated All4 system even on MINI’s smallest models to improve traction and acceleration times dramatically.