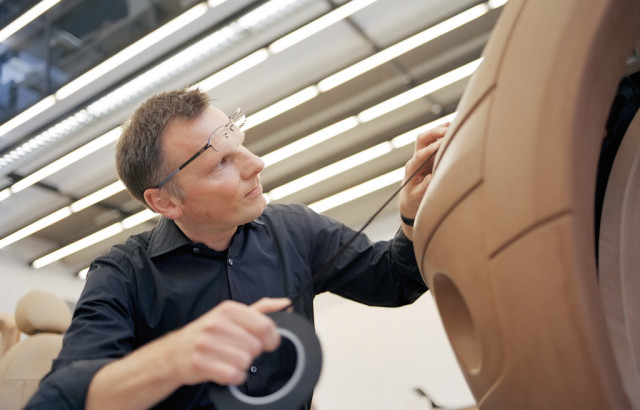 Six years ago I spent the day with Marcus Syring (head of MINI exterior design) driving a car he designed (the MINI Clubman) down Highway 1 along the California coast. I was blown away by his graciousness, intelligence and humbleness as he answered eight hours of question after question. Over the years we became friends and his genuine love for the brand and his high regard for the opinions of MINI owners was always great to see. However all good things must come to an end and today we bid Marcus farewell and best of luck in his new role at Rolls Royce. He’s leaving at the perfect time having seen the third generation of “new” MINIs finished. For more on Markus, check out this in-depth article seen on MF earlier this year.

Official Release: The MINI Design team led by Anders Warming welcomes Christopher Weil, 38, as its new head of Exterior Design. A Bavarian by birth, he has worked as a designer for the BMW Group since 2000, most recently for Automotive Design at BMW Group DesignworksUSA. Marcus Syring, 49, leaves his post as head of Exterior Design to join Rolls-Royce. Oliver Sieghart remains responsible for Interior Design and Annette Baumeister for Colour and Material Design.

“As head of BMW Group Design I’m very proud of the wealth of talent in my team. I am convinced that through this restructuring we have given a significant boost to design in the individual brand studios and will continue to shape the future of BMW Group Design with success,” says Adrian van Hooydonk, Senior Vice President BMW Group Design.

MINI at the Bread & Butter Barcelona

2018 MINI Refresh Looks to be Less Visual Than Expected