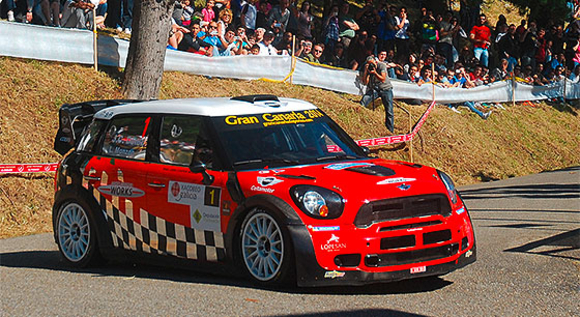 MINI may be out of the WRC as a factory team but in the hands of private teams, MINI continues to perform well. Case in point Luis Monzón who claimed the first title for the MINI John Cooper Works WRC in the Spanish Tarmac Rally Championship. And the experienced 46-year-old did so without even lining up at the Rallye Villa de Llanes. Five wins in six rounds proved sufficient for Monzón to secure the title with two events remaining. The Spaniard now has two overall victories to his name, having also won the championship in 2001.

“I am delighted with this title,” said Monzón. “To have pulled it off again at my age is a dream. It has been an unforgettable season and the icing on the cake as far as my career is concerned. I would like to thank everyone in my team for doing such a great job.”

Instant success with the MINI WRC.

Monzón lined up in the MINI John Cooper Works S2000 at the opening rally of the year, the Rallye Islas Canarias El Corte Inglés, before switching to the more powerful WRC version from the Rallye Santander Canabria onwards. And it was a successful move. He won at the first attempt in the MINI WRC and then added a further four victories, leaving the opposition trailing in his wake in the championship: Alberto Meira (Mitsubishi) is just short of 100 points behind Monzón in second place.