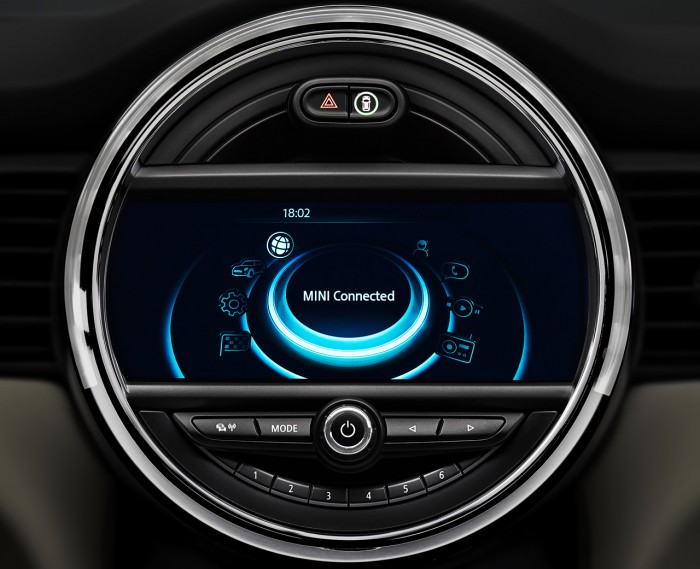 MINI’s F56 is a car that is not only aimed at MINI faithful but a younger demographic that sees cars less as objects of performance and more of hubs of technology. The interior of the F56 and the technology throughout the car is the result of this focus. However MINI was very careful in not only what was added but what technology was eliminated. And with the increased focus on digital media over traditional physical varieties, the in-dash CD player was an easy item to cut.

When the R50 was introduced MINI was still offering a no cost cassette deck in place of the standard CD player. It was an easy thing to do since the system was based on interchangeable DIN panel that allowed for easy swapping of technology. However with modern complex platforms (such as the F56’s UKL) offering flexibility through electronics rather than physical components, the idea of simply slotting in a CD player into an open DIN panel simply won’t work.

The solution? Offering an in-dash platform that allows 3rd party apps such as Spotify and Pandora as well as standard Bluetooth Audio streaming that supports almost any modern mobile device. In addition to that MINI’s F56 will have the typical USB interface that integrates music players from many platforms. Finally there’s the optional dash-mounted CD changer that MINI will offer for those who can’t quite let go of the joys (and consistent sound quality) of physical media.