That’s what last month’s sales figures seem to indicate. Talk to MINI dealers and they’ll often tell you hushed tones how terribly the Paceman is selling. And in some markets that definitely seems to be the case. However someone is buying the two door crossover. Consider the fact that the Paceman outsold the BMW X6 and 1 Series last month. Granted the both are months away from being replaced with an all new models but that still should raise some eyebrows.

For September the Paceman outsold the Clubman, Roadster and almost the Convertible models. 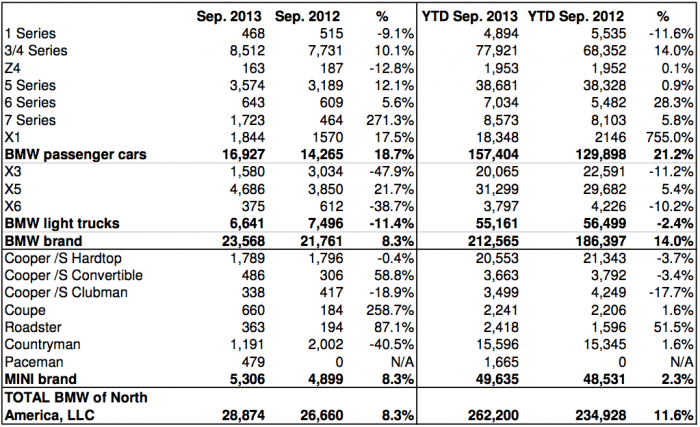 What of the rumors swirling that MINI will axe the Paceman next year? We’d be surprised if the Paceman doesn’t last until at least 2015 (when the Prince engine is effectively dead). What will follow? It’s anyone’s guess at this point but the next 12 months of sales will go a long way in helping MINI make that decision.