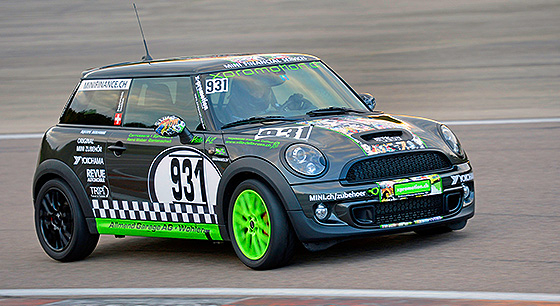 Official Release from MINI Motorsports: A thrilling and eventful MINI Challenge season is slowly but surely drawing to a close. Time for a review. As well as the series in Argentina, Italy, Great Britain and Switzerland, the protagonists in action in Germany’s MINI TROPHY also ensured the name MINI remains synonymous with excitement.

However, we first turn our attention to Switzerland, where the season only drew to an end last weekend with a showdown for the championship in Dijon, France. As was so often the case this season, one man managed to get his nose in front again. Thierry Kilchenmann won both races in Burgundy to secure the title in his MINI Cooper S. Runner-up Hannes Mahler(390 points) also performed consistently over the course of the year, but narrowly lost out to Kilchenmann (412) by just 22 points. In the MINI Racing sub-category, Bernie Wyss (428 points) came through against Ruedi Bleichenbacher (357) to be crowned class champion in 2013. 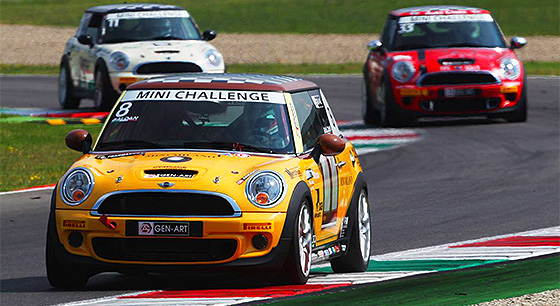 Stoney: MINI Challenge UK champion at just 18.
The MINI Challenge UK was also an action-packed affair. The full-throttle racing series from the home of the MINI featured seven events in total. The circuits on the calendar included such illustrious names as Donington, Brands Hatch and Castle Combe. And the schedule also featured an outing to mainland Europe: the penultimate race of the season took place at the former Formula One circuit in Zandvoort.

The dominant force this season was Shane Stoney, who clinched overall victory at the ripe old age of 18. And, remarkably, his triumph came despite lining up in a MINI Cooper S against drivers in the more powerful MINI John Cooper Works. Stoney secured the title with 328 points, ahead of Hamish Brandon (303) and Chris Smiley (299). Stoney’s reward is a cockpit in the MINI JCW for 2014. 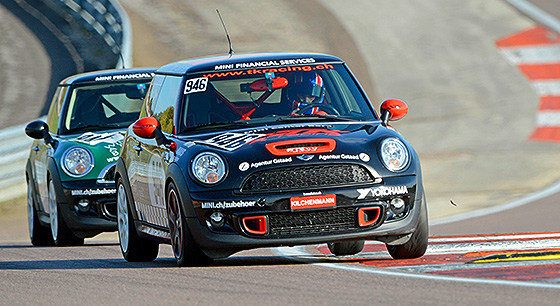 In Italy, Nicola Baldan had already wrapped up the title in Imola at the start of September, still with one race to go. Thomas Tekaat won the MINI TROPHY in Germany, ending the season just one point ahead of Jürgen Schmarl. The series in Argentina is still to be decided. With two races remaining, Richard Stuart Milne leads the overall standings with 74 points, ahead of Cristian Martuccio (58). As such, fans can still look forward to plenty of MINI racing action!

MINI USA Sales up 36% for September