Sales are down across the board with one interesting exception. The Paceman has finally found buyers. 631 in November – almost double that of the Clubman. And what of the Roadster and Coupe? They’re fallen off a cliff. Not surprising considering the time of the year but it’s somewhat shocking to see the most exciting car in the line-up – the Roadster – selling under 100 united in a month. Full sales figures after the break. 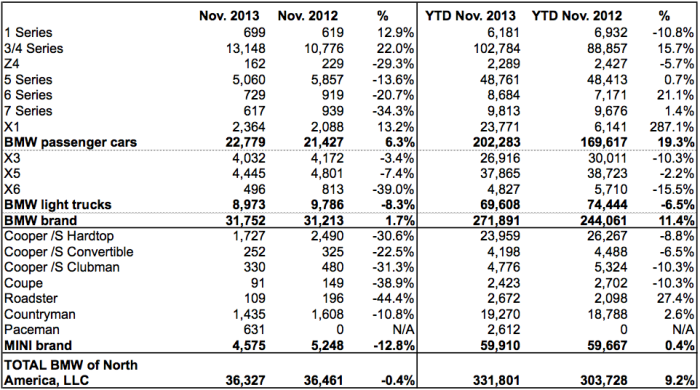