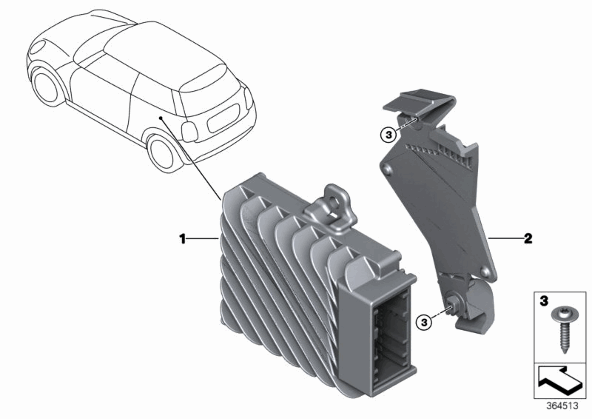 A few years ago I rode shotgun in a R55 Clubman and then a BMW 630d with a BMW engineer as he demonstrated something they called “Active Sound”. In the 630d the idea was to make it sound like a 650i. It worked… almost flawlessly. 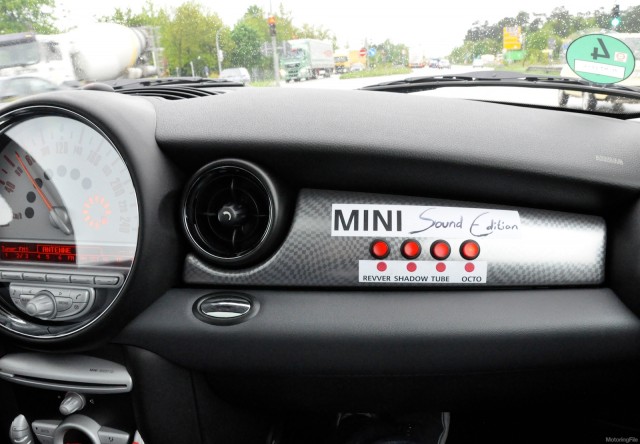 In the MINI we sampled what they call the “sound machine”. It’s a system that could change (on the fly) the engine note to any one of four settings. The system is tied to the engine speed and accurately reproduced engine notes as they are happened.

Fast forward to 2014 and we now have MINI using Active Sound to subtly enhance the in-cabin engine noise on the Cooper S. The option is only available on the Cooper S with the driving modes option – standard in North America. Let’s look at what the system is and how it works.

The system uses a small speaker in the left rear of the car that is tied to the engine revs. The system gives the car a slightly throatier sound up and down the rev range without going noticed. So subtle in fact is the system that when I drove the car a few months back I came away with the opinion that MINI had either decided not to have Active Sound in the Cooper S or the system wasn’t turned on. I’m now told it was and it’s just that subtle. However it’s worth noting that the system only is on in sport mode. 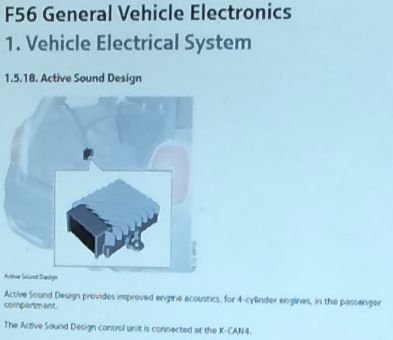 The system works in every mode but is slightly more noticeable in Sport. And it’s probably worth noting that the system can be defeated by pulling a simple fuse.

BMW isn’t the only automaker dabbling in faux engine noise. Audi’s latest V8 goes from eight cylinders to four under light load. Great for efficiency but no one buying a 100K A8 wants to hear the putter of a four under the hood (even on the highway). So Audi has introduced an Active Sound system of their own that eliminates engine noise when it four cylinder mode and replace it with the purr of all eight cylinders.

So Active Sound is here to stay. In fact in the coming years we expect it to show up on all Cooper S models.

Opinion: Bring on the Automatic MINI