Munich is a breathtaking city. Munich’s beauty and charm are matched only by its rich history. The fact that BMW is headquartered here lends greatly to the number of vehicles on the streets from the storied car maker. I recently took a trip to the BMW World museum and while I was in Munich I discovered that MINIs were everywhere so I took a few snapshots.

In the heart of the Munich city center called Marienplatz, there is an imposing building known as the Rathaus (the town hall). When I arrived the weekend of July 19, the huge square in front of the Rathaus was filled with a stage and people partying for the Christopher Street Day, a celebration of the LGBT community.

When I scanned across the street I noticed a row if MINIs all lined up in the midst of the event. It turns out the event was sponsored by MINI München, a local MINI dealer and people were getting up close and personal with the MINIs on display. This made me think I should point my camera lens around the city and see how many MINIs I could find. It turns out they were everywhere. The hotel I was staying at, Motel One even had their own Cooper D (pictured below).

A tour of the BMW museum, BMW World, was an amazing journey through time. The MINI showroom next to the museum housed the new Playboy Edition Coupe, an F56 as well as some very fun marketing displays. You can buy all sorts of MINI merchandise, on site, at the vast MINI store which is free to all visitors with or without a ticket to the museum.

One of the gift shops that is set up for tourists and sells Bavarian hats, pins, t-shirts and other items even had MINI luggage, so the MINI is getting love from just about everywhere.

Around the city there were so many MINIs I quickly discovered that couldn’t take pictures of all of them. Seeing a Camden Edition on the street was also a real treat. So the next time you’re in Munich, pay a visit to the BMW museum and keep your eyes open around the city. From the looks of it, MINIs have taken over Munich.

View the rest of the images below:

The day was capped off with beautiful sunset view atop the olympic park, giving yet another reason to come back to Munich in the future. 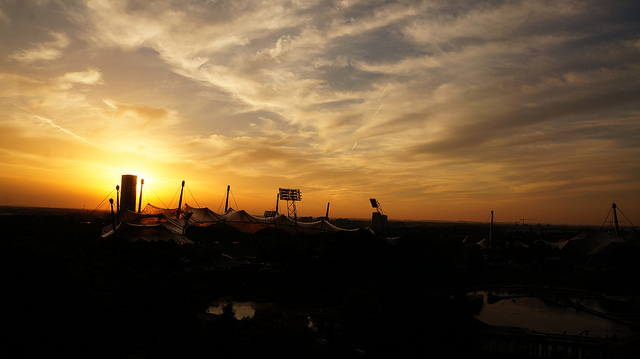