In 2001 when the MINI One and Cooper were introduced to the world it was clear that BMW had done it right. No we’re not talking about the cars (although clearly they nailed that too). We’re talking about the brand identity and typography associated with it. Modern with a hint of tradition about it, the MINI brand and the Cooper mark on the cars was spot-on in our opinion. Then we started seeing R53 test mules with the same “Cooper” type design with a (gasp) gaudy and played-out “S” tacked on to it. Our first thought – we hoped we’d see revisions before production. Alas that was not to be the case and we’ve been trying to remove that italicized and stretched red “S” ever since.

Fast forward to 2014 and now MINI has integrated that same “S” into the front grill itself. The idea makes sense and harkens back to vintage British cars. But it doesn’t excuse the fact that the “S” itself is as eye-rolling a design today as it was in 2002. What’s a owner with taste in typography to do? De-Badge.

Traditionally de-badging has been something that high-end luxury car owners would do (ordered from the factory) in order to make pricey and/or fast cars less of a statement that they might not want to make. In today’s world it’s also seen as a way to clean up the aesthetic of a car (case in point a de-badged Countryman or Paceman). 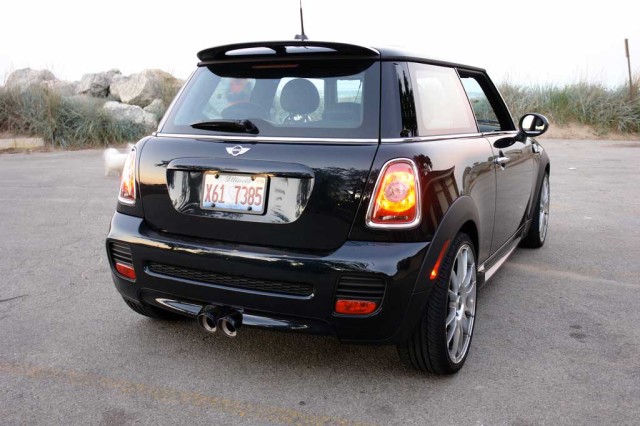 For all badging on the metal itself the process is very simple. We’ve typically recommended using dental floss or fishing wire and gently (and carefully) sawing back and forth behind the plastic letters. This cuts them away from the foam adhesive that binds them to the metal. From there simply use Goo-Gone (or equivalent to remove the remainder. If you’ve got it, using a clay bar to even out the surface of the metal isn’t a bad idea either.

Here’s where things get interesting. In 2014 all of MINI’s Cooper S models began incorporating an “S” on the front grill. Despite appearances this is actually a separate piece that can be taken off. You’ll need small hands, a tiny flat-head screw-driver and patience.

Don’t worry if you break one of the attaching clips in removal as it’s a cheap part if you ever want to put it back on. While we’ve only removed the “S” from the Countryman/Paceman grille, the F56 grille seems be attached in the exact same way. The “S” moves around if you wiggle it and you can tell it’s not permanently attached.

Want an R56? You Have Just Days Left to Order