The first sales figures of the year are in! The result is good but don’t get carried away by the headline above. With 2,543 vehicles sold during the same period last year, January 2014 was MINI USA’s lowest sales volume since 2010, which puts in perspective the 26.9% difference with January 2015. When looking back at previous years, January 2015 is only 454 cars shy from matching MINI USA’s best start ever and that was back in 2013. I guess that [sticker issue](https://www.motoringfile.com/2015/01/25/minis-delivery-stop-for-the-cooper-model-due-to-incorrect-stickers/) didn’t help. Click through for the full model break-down. 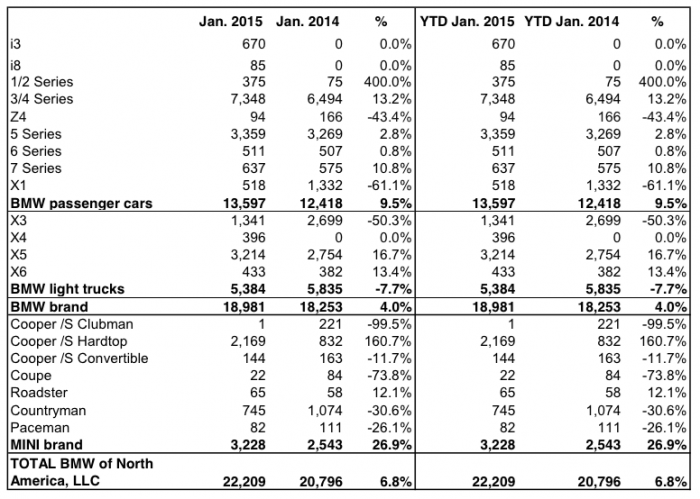 Based on our conversations with MINI Executives during NAIAS, the goal of the US subsidiary for 2015 is to regain 2013 sales levels and while it’s too early to tell, they seem to be in line with their forecast. MotoringFile’s prediction is that they will actually beat their 2013 record of 66,576 cars sold. Now if anyone is interested in sharing their guesstimate, I’m sure Todd won’t mind throwing an additional stick of butter for the winner.

Worldwide MINI Sales Up 2.8% for the Year