The 2015 MINI JCW is the highest horsepower MINI from the factory of all time. But is it the fastest? The numbers tell an interesting story that paint a more nuanced picture than you’d think. Especially when you compare it to the previous fastest MINI, the GPs. 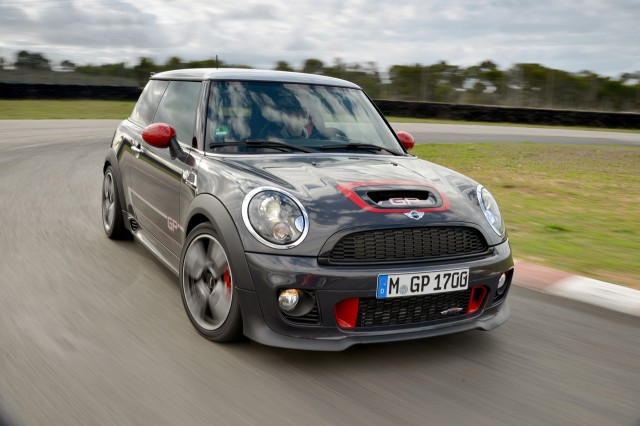 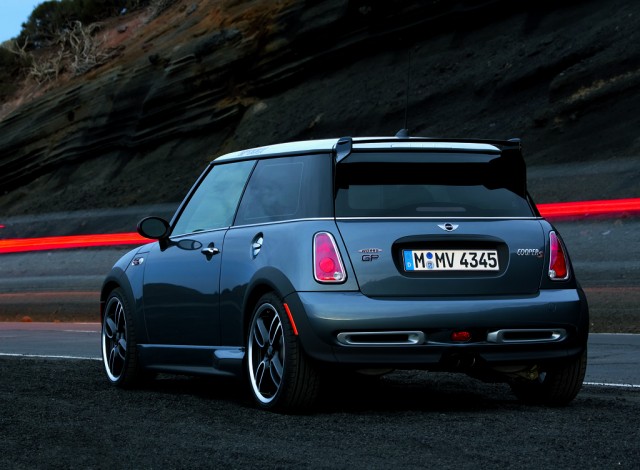 But if you’re buying a MINI for 0-60 times, you’re buying the wrong car. Where these cars are truly different is around corners. The R53 GP possesses enormous character and of course a visceral quality to its driving experience that will never be matched again. The R56 GP on the other hand has by far the more serious suspension set-up and thus is a much more out of the box track car than anything MINI has ever produced. The 2015 JCW (in factory sports suspension trim) is intended to be the fastest daily driver MINI has ever produced. It will surely be effortlessly fast while just as comfortable as a standard Cooper S.

While we have yet to drive the new JCW (look for a full road test in a few months on MotoringFile) we can surmise that each of these cars represent very different answers to the same question. Do you want a classic? Do you want a track car? Or do you want something with all the technology, comfort and performance you could ever imagine from a MINI?