After a few weeks living with our F56 Cooper S we had a moment to step back into an R56 Cooper recently. While there’s plenty to compare and contrast, the single biggest difference is in your hands. Put plainly the F56 is a big step forward over the R5X platform for steering feel and response. With the R56 (and even the R53 at times) there could be a knife’s edge between satisfying feedback and a car that was working against you when you pushed them hard. With the new F56 generation of MINIs, we have a driving experience that feels both more communicative, more balanced and more forgiving at the same time. Why is this? Read on. 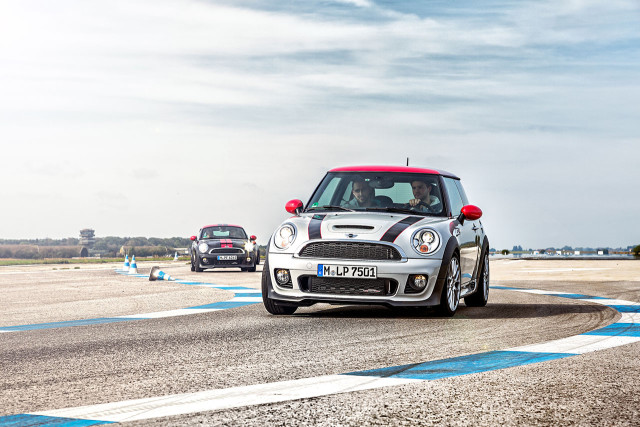 BMW describes the system as a ‘single pinion’ set-up, because the electric motor assistance servo acts directly on the steering gear rather than via a secondary gearset. This reduces both weight and friction in the system and enhances the response time and directional accuracy.

The result is noticeably more feel in the hands with the F56 as compared with the R56. It’s a relief that after years of us complaining about how MINI’s steering feel has gotten worse, we can finally drive a MINI with better steering than it had before. The immediacy of the turn-in, the improved grip (assisted by a new generation of Pirelli P-Zero run flats), and the increase in road feel has produced an experience that doesn’t feel as far removed from the first generation new MINI. I don’t make that statement lightly and intend it as a huge compliment to the new car.

While the steering isn’t as telepathic as the R50/R53, there’s plenty of trust to be built in both the consistency and quality of feedback in our long-term Cooper S. However it’s worth noting that our F56 is let down by the small 16″ wheels and tires which dull some of the sharpness of the system.