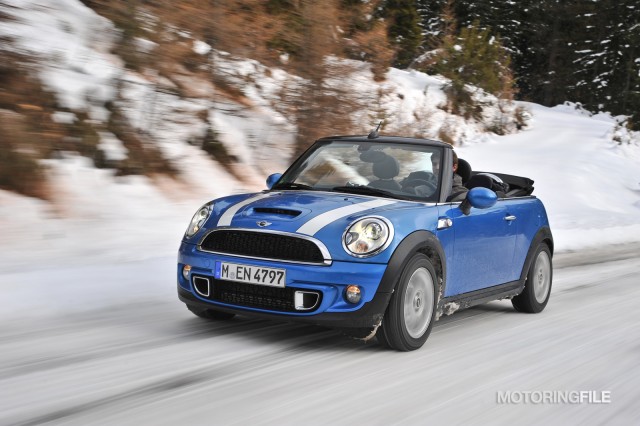 If you’ve read the automotive press, you must have noticed that most manufacturers reported lower than anticipated U.S. sales for February. This is mostly due to the unprecedented winter storms repeatedly hitting the Northeast and Midwest regions. However, MINI USA managed to plow through February with a staggering **51.3%** sales increase over the same month last year. Similarly to [January 2015](http://www.motoringfile.com/2015/02/03/mini-usa-sales-up-27-for-january-2015/), this number has to be taken with caution given how low MINI USA sales started from, but with that in mind let’s look at how each model did this month.

The Hardtop is the main driver of MINI USA’s performance in February. Now comprised of the 2 and 4 -door, its volume has increased by **443.8%** compare to February of 2014. Surprisingly, the Convertible has progressed by **45.0%**, while the Clubman, the Coupe, and the Roadster are at an all-time low, but we already know why. Despite its all-wheel drive system and the strong winter weather, the Countryman is down **-31.5%**. The most disappointing number comes from the Paceman with only **63** units sold, its worst month since the introduction of the model in March 2013. Retirement can’t come soon enough for the unwanted MINI.