MINI USA sales were down across the board for November with one major exception – the F55 four door. Perhaps bolstering MINI’s case for more four door in the line-up, MINI’s newest four door in the US market even outsold the always popular Countryman with 1,325 sold in November. As you can see in the chart below, that’s not far from the brand’s bread and butter two door hatch.

While these numbers are certainly not great, they do bode well for the larger four door Clubman which will hit dealerships late this month and early next.

Official Release: For November, MINI USA reports 4,444 automobiles sold, a decrease of 11.3 percent from the 5,009 sold in the same month a year ago. Year-to-date, MINI USA sales are 53,505 vehicles, an 8.1 percent increase from the same period last year.

“There were fewer selling days in November, yet the demand for new vehicles is solid resulting in the ninth record sales month for BMW this year,” said Ludwig Willisch, President and CEO, BMW of North America. 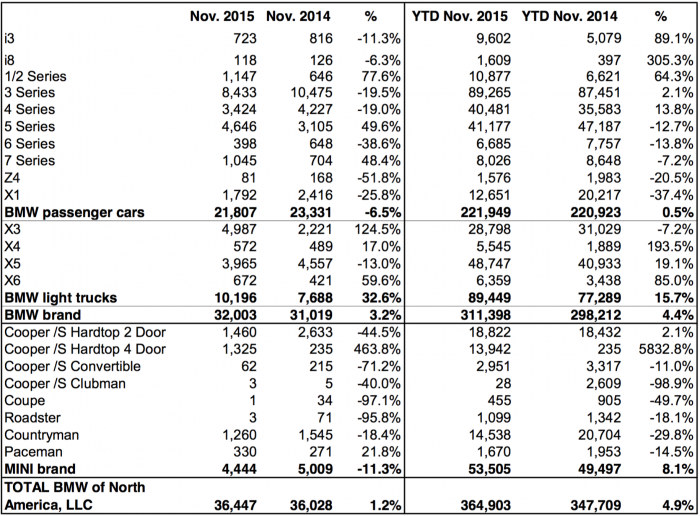 Carbon Inside and Out