Roads like Mulholland Drive tend to get a lot of press. But the fact is that it’s the tip of the iceberg when it comes to LA area canyon roads. Roads like Latigo Canyon for instance are so demanding that they can expose any and every weakness in a car. It’s a road that can change rapidly from fast and fluid to tight and violent in its switchbacks. The pavement runs the gamut from glass smooth to broken and at times crumbling. If there is a flaw in a car’s engineering make up, you’ll find it if you push hard enough on Mulholland.

Any time you slice into a car to make it a convertible you’re creating a problem of rigidity. And on a road like Mulholland, rigidity is a requirement. Yet mile after mile through the canyons the new 2016 MINI Convertible responded with the type of turn in and response that seemed impossible for its forbearers. Of all the new generation MINIs it feels like the convertible is the one that benefits the most from the new, stiffer chassis that the UKL platform offers. 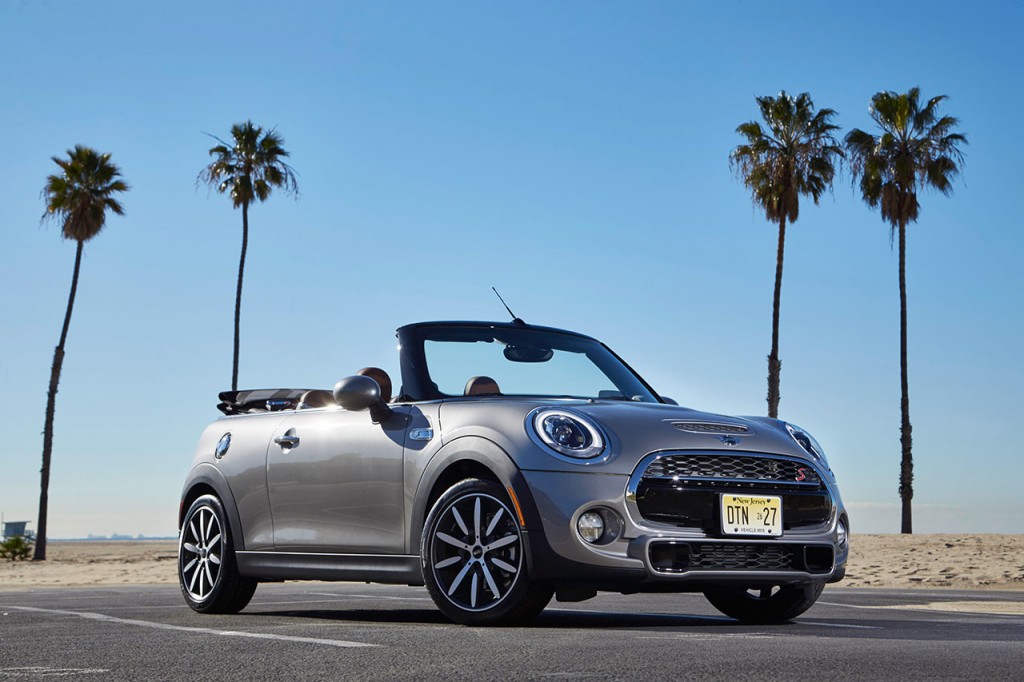 Our test car was equipped with the ever popular six speed manual which added further driver involvement. The shift action is precise and, while the clutch is light, the friction point is clear. In short it’s a manual that rewards you while hitting the canyons and on the daily commute.

The suspension setup is also well judged. Like all the other new generation MINIs there’s a fluidity in the responses that wasn’t there for the first 13 years of the new MINI. But before we get too far, let’s back up and talk some history.

The F57 (as it’s known inside BMW) is an iteration of a formula that MINI created in 2004 with the launch of the first generation (new) MINI Convertible. The R52 (as it was known) introduced the dual mode top, the pull-down rear tailgate and the four seat layout. None of that changed in the second generation (R57) nor has it changed with the 3rd generation 2016 MINI Convertible.

Yet everything here is new. Underneath it all is BMW’s new UKL architecture first seen on the F56 MINI hatch. Longer, wider and (if you take away US mandated safety structure) lighter than what came before it, the UKL has made small MINIs much more livable and (dare we say it) premium feeling without sacrificing performance.

Elsewhere MINI has rethought the pull-down tailgate with a new hinge system that has a more robust design and allows for a higher load compacity. This then leads to a boot that is 25% larger and has an easy load function, giving it even more space when the top is up. 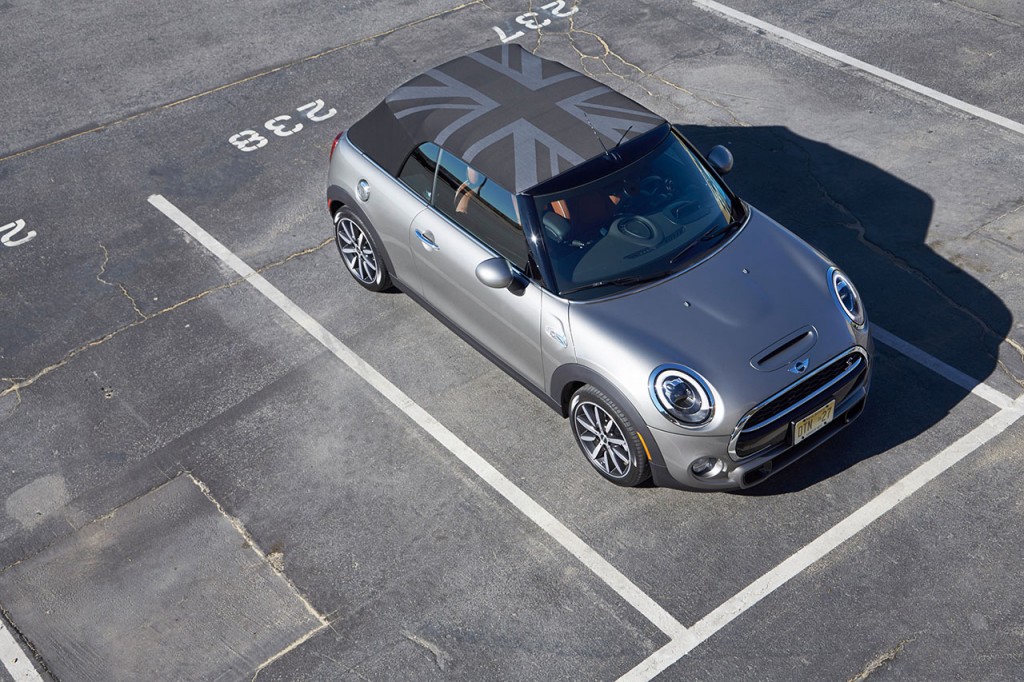 The roof has been improved with an all electric motor that is both quicker and quieter than before. The fabric itself is also updated with more resistance to tears and creasing. And the optional MINI Yours Union Jack top (with a subtle herringbone pattern) is a must after seeing it in person.

You get the idea. MINI has sweated the details in a way that makes the leap from the 2nd generation to the 3rd feel bigger than any before it. And like other the F Series cars, the F57 MINI Convertible benefits greatly from higher quality materials, better fit and finish and a higher spec of standard safety and convenience features.

From Mulholland I turned back towards LA and lunch at Zuma beach. Sitting by the beach staring at the new F57 gave me some time to ponder the idea of owning this car. We’ve proven with our JCW Roadster long-term test car a few years ago that convertibles do just fine in cold climates. And with a dual layer top keeping out the cold and even lower noise levels than the roadster, this new convertible would do just fine in places like Chicago.

But what’s it like to be able to drop the top and change your entire day, your entire attitude? That’s the thing a car like the F57 offers owners. It’s technically good, yes. But it’s the feeling you get from driving it with the top down that makes it great. It is a mood change and a day maker. Too often in our world of cocooned comfort we lack visceral experiences that give mundane moments real life. It may sound like a stretch but I really believe a car like the new MINI Convertible gives us those moments back.

24 Hours of MTTS: St. Louis to Indianapolis in the JCW GP