This is the question many of us have been asking for years now. But now with the UKL platform, that change might be upon us. We’ve had this debate on Whiteroofradio several times and I’ve recently been of the opinion that MINI ownership is increasing at a much faster pace than MINI enthusiasts are being created. 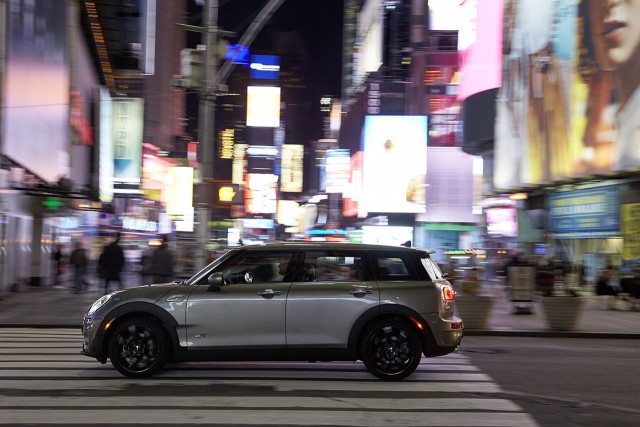 The Automotive News Europe did a deep dive into the question, interviewing industry veterans and MINI executives.

“They are definitely reaching a new audience,” said Ted Marzilli, CEO of YouGov’s BrandIndex, which measures brand and advertising strength. “The question is whether all of their customers will come along for the ride.”

Mini executives say the brand needs to change. Not only are buyers moving increasingly to SUVs as fuel prices have dropped, but German luxury models are competing with Minis too.

“I call it coming out of its teen years and becoming a young adult,” said Peter Schwarzenbauer, who is BMW’s global head of the Mini brand. “Size-wise, we had to respond to feedback from consumers and offer more practicality. Some diehard Mini fans will say we’re expanding the portfolio too much, but we’re gaining new fans.”

Mini’s image as a small car also has held it back, according to brand executives. The vehicles are actually quite roomy for their size, but this is difficult sometimes to get across to consumers, said Tom Noble, head of Mini brand communications in the US. 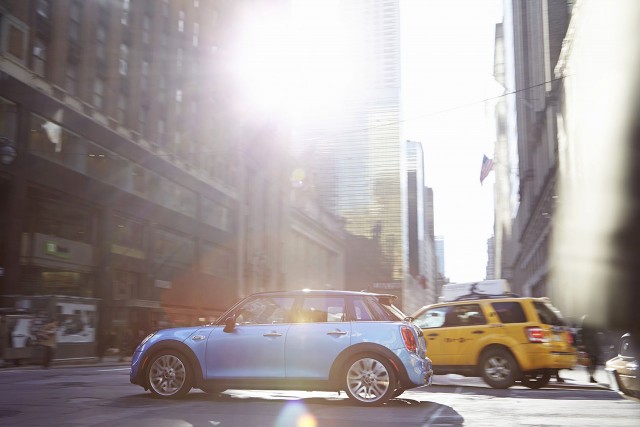 “A lot of people never considered Mini because they think the cars are too small,” Noble said. “We’re trying to open the brand to people who need something more functional.”

As most MF readers know, when the MINI was launched in 2002 (in the US) demand was high. Prices were nearly always at sticker and ordering a car was almost mandatory. Over the years MINI’s range grew and sales surged along with it. Automotive News points out that sales hit 58,000 in 2008 and peaked at 66,000 in 2013. And that’s when gas prices began to fall.

According to MINI’s head of Marketing Tom Noble “Fuel economy used to be the No. 2 reason people bought Minis, after sporty driving. Now it’s reason No. 12.”

The move to larger cars seems to be successful according to Peter Schwarzenbauer. The four-door Mini Cooper, which debuted in late 2014, is the brand’s hottest vehicle, with 75 percent of its buyers new to Mini, he said.

Interestingly Schwarzanbauer mentions that MINI will add a fifth vehicle, but he has hadn’t decided what it will be. The car will be something that can sell to a broad audience, he said. 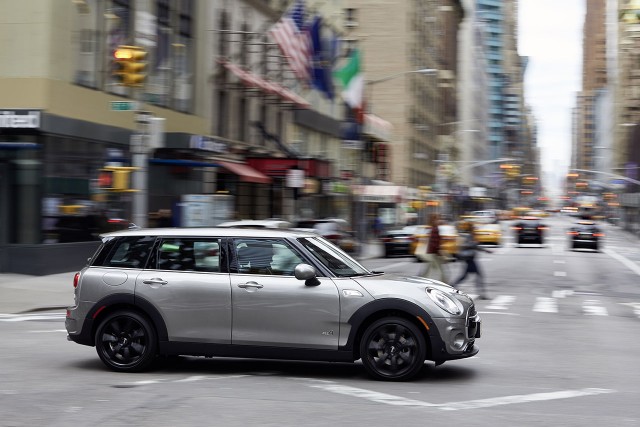 Rumors have indicated that MINI is considering everything from a sedan to a high-end roadster. However given this comment it would seem that MINI is intent on producing a fifth vehicle that can find volume and won’t be another niche product like the previous generation Roadster or Coupe.

Of course marketing can help as well. According to Autonews, MINI’s Super Bowl ad got a lot of buzz.

“In January, before it ran, 2.6 percent of new-car shoppers considered Mini. As the commercial has run through March, that number has grown to 3.4 percent, according to YouGov. During the same time, the percentage of television viewers who have seen Mini’s advertising doubled to 10 percent.”

While the core of the brand will remain the two door hatch, the next generation Countryman will continue to go bigger – even larger than the just released Clubman. 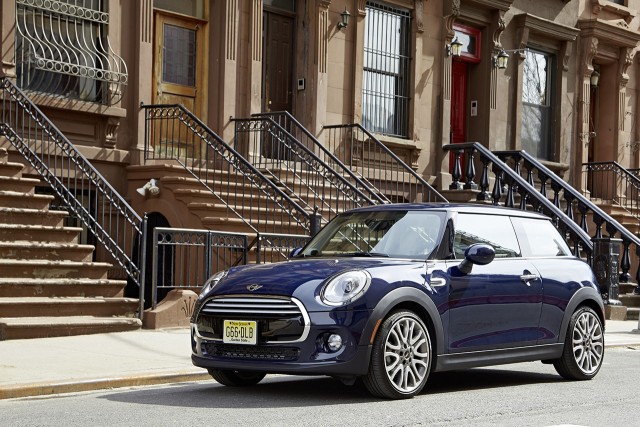 “Schwarzenbauer said the car will definitely grow in size but added that the brand is hitting its limits both in terms of what kind of cars it is selling and how big they can get. ‘With the Clubman, we have about reached the maximum size for Mini,’ he said. ‘Otherwise, the name doesn’t fit.’”

That last bit will be music to the ears of many of you. While the MINI brand needs to grow to survive, that growth can’t go against its brand values. As BMW knows perhaps better than any automaker, core brand attributes are absolutely essential for selling premium products.