The BMW Group is celebrating the BMW brand’s 100th anniversary this week at the Concorso d’Eleganza Villa d’esme by bringing out noteworthy concept cars from the last 20 years. For the MINI brand BMW has chosen (perhaps surprisingly) the ACV 30. MINI’s radical mid-engined rear wheel drive ACV 30 was designed by current BMW Group Head of Design Adrian Van Hooydonk and famously lost out to Frank Stephenson’s concept which eventually became the R50. Does it mean anything? Are they trying to prep us for something forthcoming or is this simply a look back at MINI’s constant reinvention?

Official Release: With BMW’s centenary headline “The Next 100 Years” in mind, the BMW Group is bringing together, for the first time, the full line-up of Hommage vehicles unveiled over recent years. They will be joined on display at a special exhibition titled “Hommage and Concept Vehicles” in the Padiglione Centrale at Villa Erba by the models from the past that inspired them. The Hommage vehicles bridge the company’s past with its future in the form of exciting design studies. “With our Hommage vehicles we’re showing how proud we are of our roots – and, at the same time, how significant our history can be for our future,” says Adrian van Hooydonk, Senior Vice President BMW Group Design. “The historical reference points for these vehicles employed pioneering innovations, stand-out design and extraordinary feats of engineering to cast a significant influence over their times. The Hommage vehicles bring their unique character into the present day – both technically and in terms of design.” 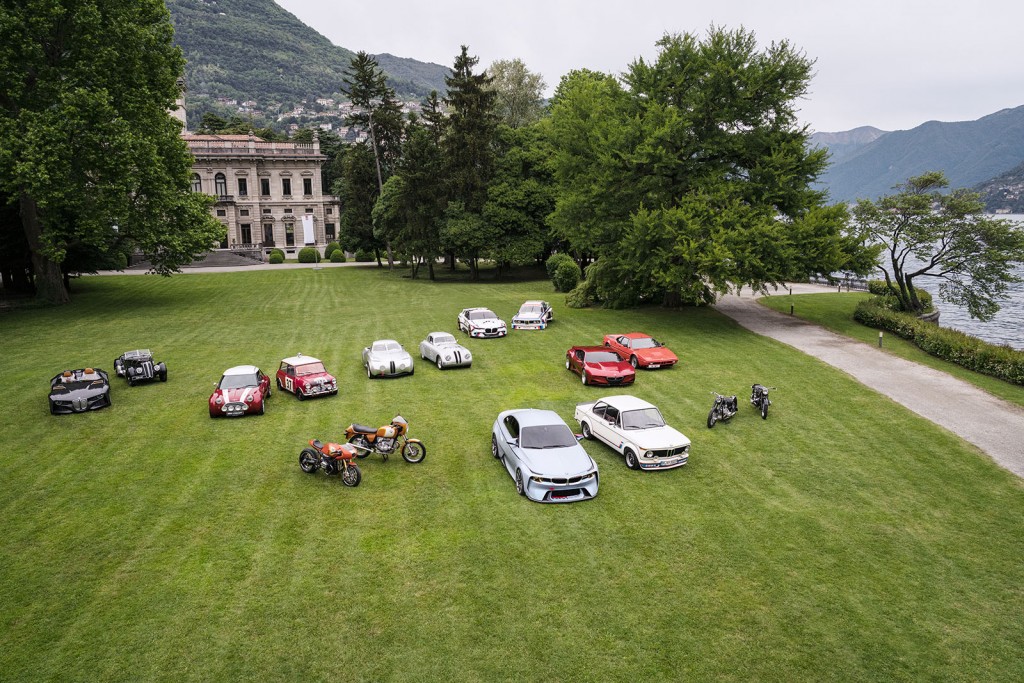 As well as the BMW 2002 Hommage and BMW Motorrad R 5 Hommage, the following Hommage vehicles, along with their inspirations from history, will share a stage for the first time at this year’s Concorso d’Eleganza Villa d’Este: 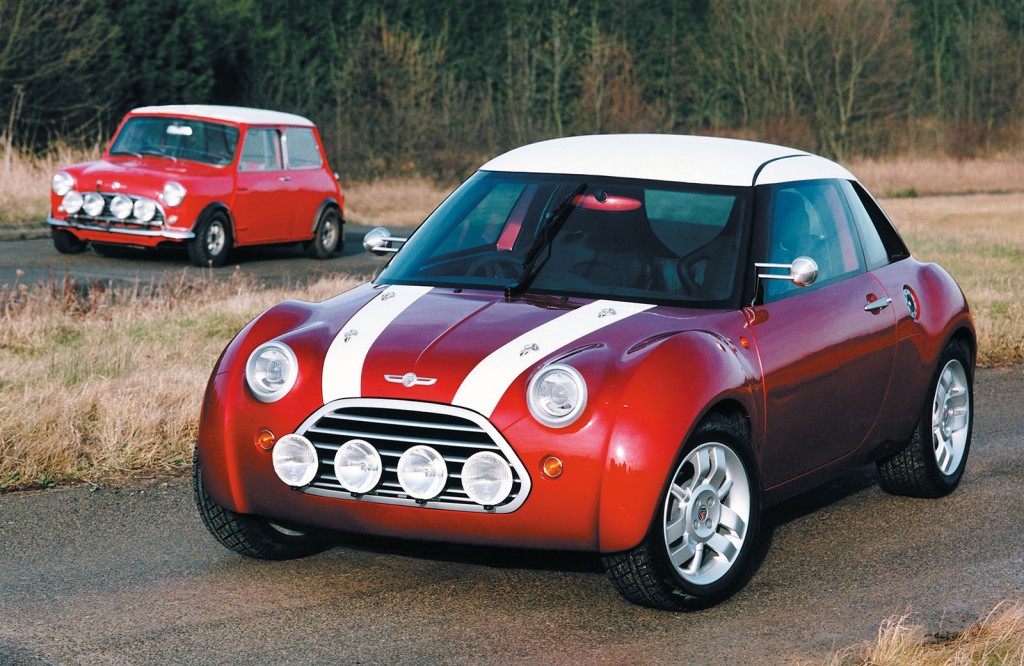 At the Monte Carlo Rally in January 1997 a concept study of the Mini Cooper was unveiled which offered a preview of the brand’s future face. Far from an exercise in nostalgia rooted in retro design, the MINI ACV 30 provided a modern interpretation of the vehicle concept behind the classic Mini. The two-seater, right-hand-drive, mid-engined ACV (Anniversary Concept Vehicle) turned heads with its wonderfully powerful proportions. But it also offered a window into how the hallmark design elements of the classic Mini – such as the hexagon radiator grille and large circular headlights – could be carried over into a 21st-century vehicle concept. 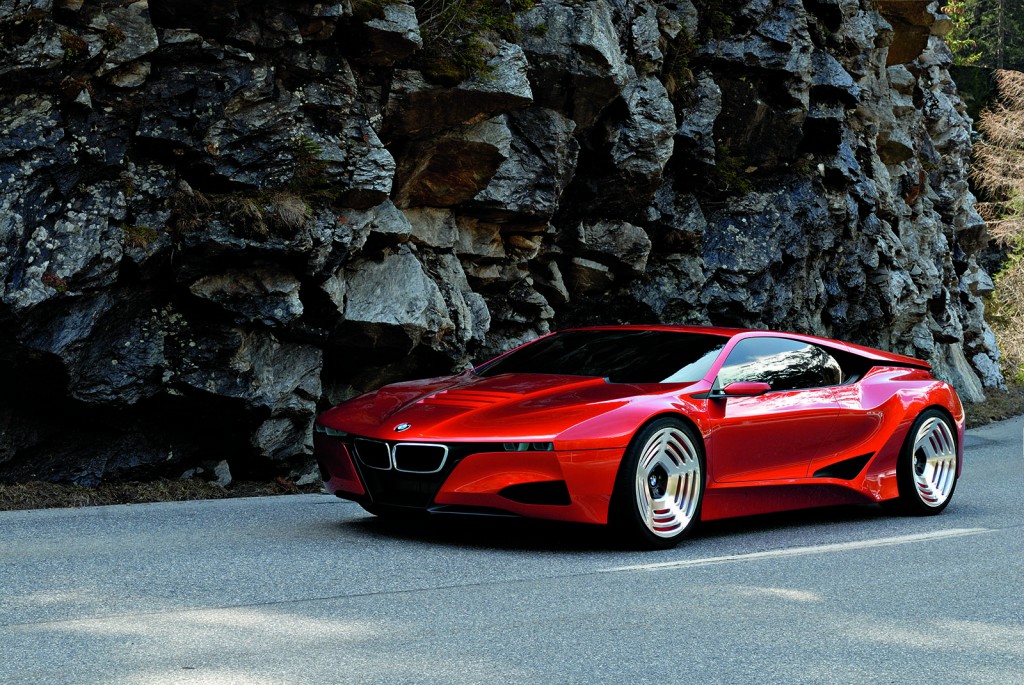 BMW Group Design presented the first in the line of Hommage vehicles – the BMW M1 Hommage – at the Concorso d’Eleganza Villa d’Este 2008 to mark the 30th birthday of the BMW M1. Where the M1 was a super-sports car brimming with passion and shorn of all compromise, the BMW Turbo that went before it packaged innovative technical solutions into an emotionally rich design. The BMW M1 Hommage embodies this combination of technology and design, rationality and passion in an authentic, modern-day interpretation of the mid-engined concept – complete, it goes without saying, with twin BMW roundels above the rear lights on the outer edges of the car’s tail. 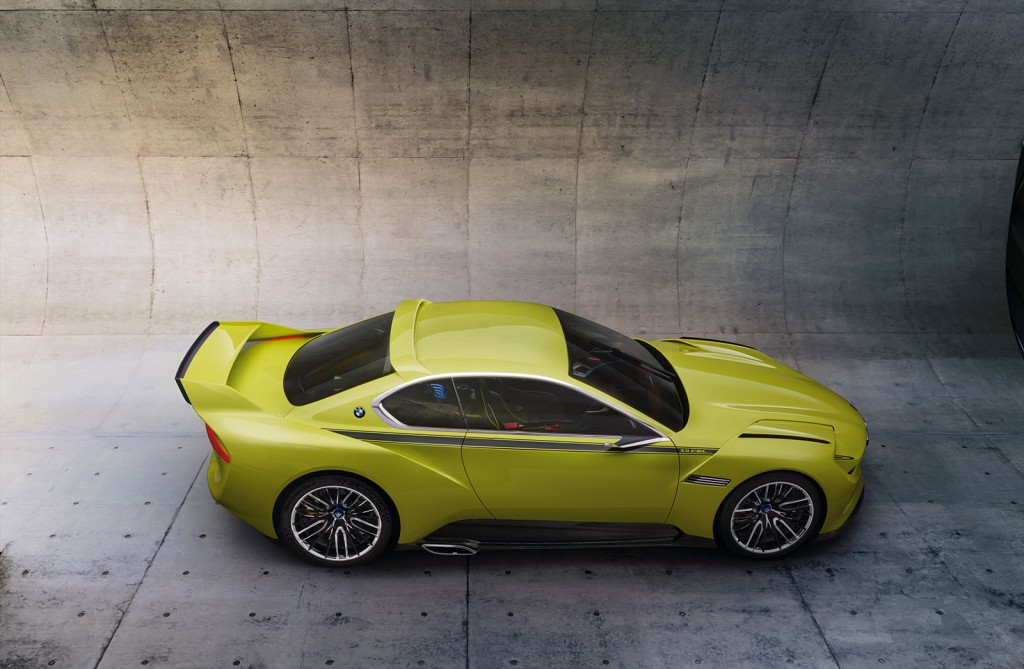 For this car, the BMW Group Design team cast their minds back to the BMW 3.0 CSL, a timelessly classical, iconic BMW coupe of the 1970s.

The BMW 3.0 CSL Hommage bows before the engineering accomplishments in lightweight construction and driving performance wrapped up in the
BMW 3.0 CSL. The Hommage vehicle brings the essence of the car into the present day through the use of intelligent lightweight design and modern materials, and showcases it in a new and pulse-quickening form. The BMW 3.0 CSL Hommage subtly references many of the characteristic features of its historical forebear, without resorting to simple mimicry. 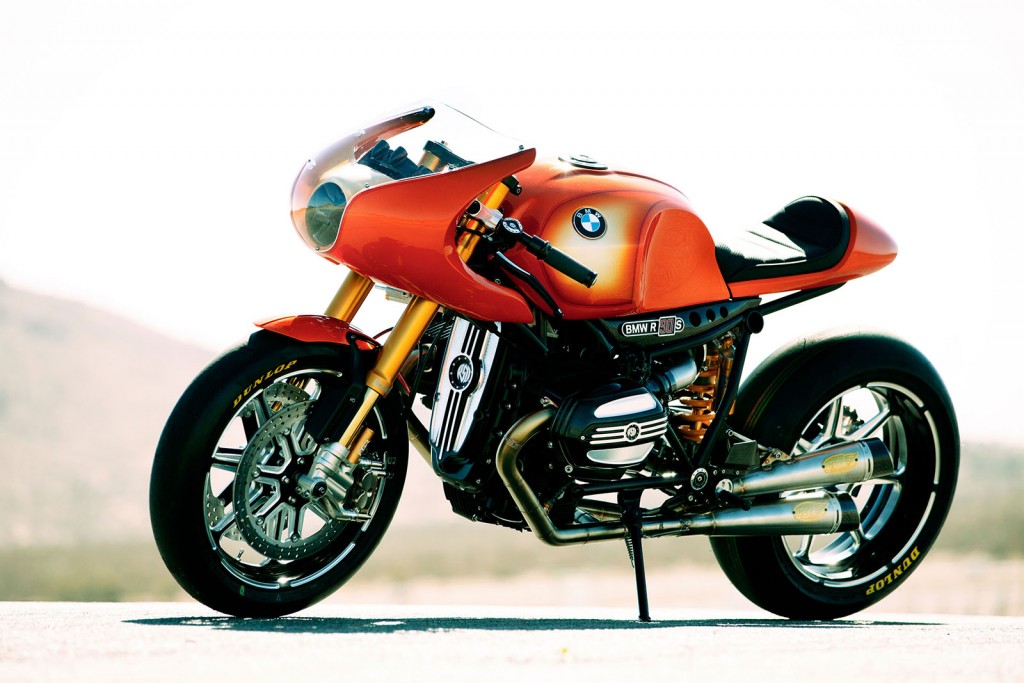 In 2013 BMW celebrated the 90th birthday of BMW Motorrad, and with it 90 years in the motorcycle-making business. The BMW R 90 S also provided a good reason to raise a glass in 2013, as the BMW Motorrad design icon turned 40. It was in recognition of these two landmarks that the BMW Group presented the BMW Concept Ninety at that year’s Concorso d’Eleganza Villa d’Este. Its eye-catching design and exquisite custom and performance parts endow the
BMW Concept Ninety with an exclusive and confident presence.

The BMW 328 Hommage was unveiled to the global public for the first time in 2011 to celebrate the 75th birthday of the legendary BMW 328 racing car. The study car wonders aloud what the designers might have made of the BMW 328 in today’s world, with all the technical fineries that would be at their disposal. The BMW 328 Hommage swaps aluminium for carbon-fibre-reinforced plastic (CFRP) over large swathes of its exterior and interior. CFRP offers the best balance between weight and stability; it is lighter than aluminium and significantly stronger. Fine leather, matt and high-gloss black polished aluminium and the presence of all that CFRP enable the BMW 328 Hommage to paint a picture of the original sports car’s unadulterated, pared-back roadster character. 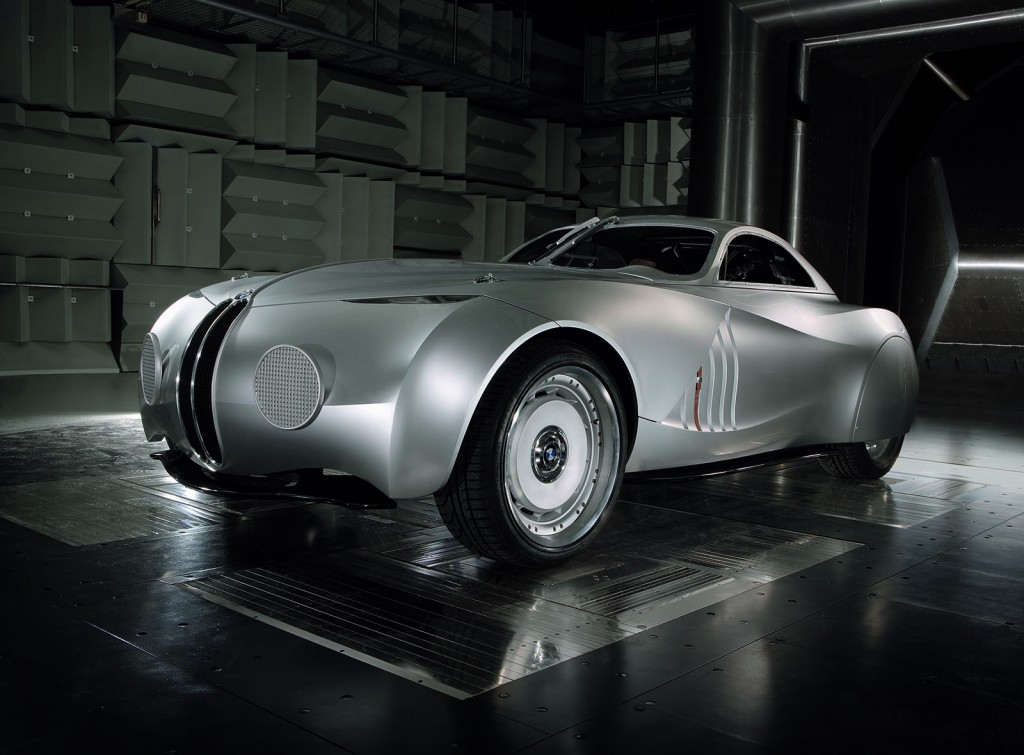 Back in 2006 – in the days before the term “Hommage vehicles” had been coined – BMW sensed the flavour of times to come with the BMW Concept Coupé Mille Miglia. A throwback to the victorious BMW 328 Mille Miglia Touring Coupé of 1940, it blended classical values with the latest know-how and trailblazing creativity. As a symbol of the sport of motor racing, the brand’s racing success and the spirit which has carried engineers and drivers to ever greater heights of accomplishment, decade upon decade, its modern exterior design – all clear lines and asymmetric elements – creates a link between past glories and future promise. Functional necessities governing the arrangement of the engine, drive assemblies and passenger compartment merge with the demands of aerodynamics to create an aesthetically arresting whole.