The latest model generation of the British brand MINI is now providing irresistible driving fun in both the small car and the compact car segment. The selection of John Cooper Works models is now extended to include a new top athlete which will generate enthusiasm for characteristic race feeling among additional target groups. The new MINI John Cooper Works Clubman sees its world premiere at the 2016 Paris Motor Show. The latest extreme athlete is also the biggest of its kind in the brand’s model program. Its captivating temperament is combined with excellent showings in the disciplines of space, versatility and suitability for long-distance driving, thereby creating added diversity within the range of John Cooper Works models.

In addition to this, the current MINI model range for the small car segment will also be presented to trade fair visitors in the French capital will be from 1 to 16 October 2016. Alongside the new MINI Convertible, it is the new MINI Seven that particularly takes centre stage here. The first design model of the new generation is available both as a MINI 3 door and a MINI 5 door, combining its modern premium characteristics with a sense of tradition and individual style. 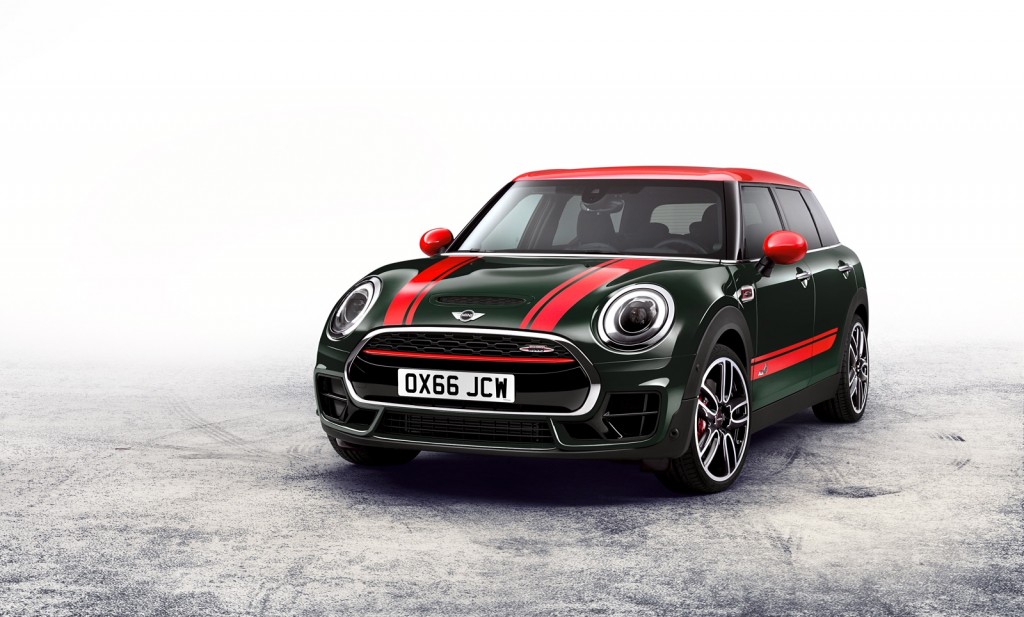 The new MINI John Cooper Works Clubman interprets the tradition-steeped vehicle concept of the shooting brake – unique in the premium compact segment – not only in contemporary style but also with striking sporty flair. Four side doors and the hallmark split doors at the rear, five fully-fledged seats and a luggage compartment volume that can be expanded from 360 to as much as 1 250 litres – these are features that give it both a distinctive appearance and great versatility. In addition to its space concept, the engine concept of the new MINI John Cooper Works Clubman also makes it highly flexible. The latest version of the all-wheel drive system ALL4 optimises not just the car’s thrilling driving properties but also its forward thrust beyond the asphalt.

Distributed as needed between the front and rear wheels in every situation thanks to ALL4, the drive torque is generated by a 2.0-litre 4-cylinder engine with MINI TwinPower Turbo Technology and model-specific modifications derived from motor racing. With a peak output of 170 kW/231 hp and a maximum torque of 350 Newton metres, this engine accelerates the new MINI John Cooper Works Clubman (combined power consumption: 7.4 l/100 km; combined CO2 emissions: 168 g/km) from zero to 100 km/h in 6.3 seconds, with both the standard 6-speed manual transmission and the optional 8-speed Steptronic sports transmission. The suspension with Brembo sports brake system and 18-inch John Cooper Works light alloy wheels is ideally geared to the performance characteristics of the engine. Aerodynamically optimised body features likewise contribute to the car’s permanently controllable handling properties. The standard trim of the new MINI John Cooper Works Clubman comprises not just the cockpit in model-specific design but also LED headlamps, the MINI Driving Modes, Park Distance Control, Comfort Access including touchless opening of the split doors, the Radio MINI Visual Boost with 6.5-inch colour screen, multifunction buttons on the steering wheel and cruise control with brake function. 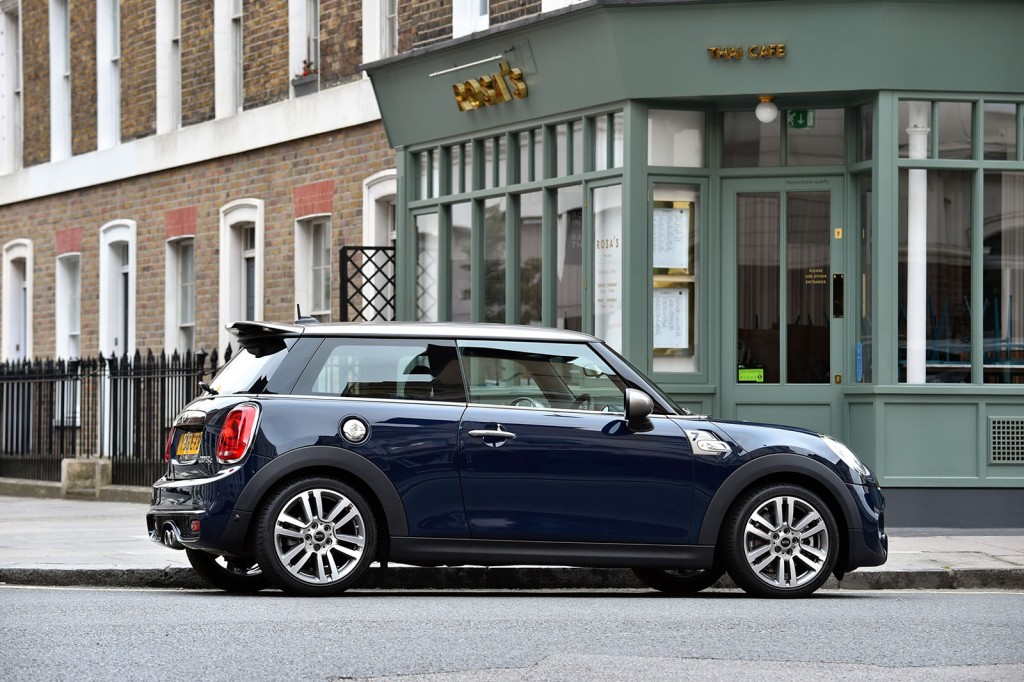 In the small car segment, the MINI 3 door of the latest model generation now stands side by side with the MINI 5 door for the first time, enhancing the brand’s popularity even further. Both models are now available as a MINI Seven. This design model particularly highlights the British origins, extrovert appeal, hallmark driving fun and premium character of the new MINI generation. The contrasting paint finish for the roof and exterior mirror caps in the variant Melting Silver, exclusive bonnet stripes and deco elements as well as 17-inch light alloy wheels in MINI Seven two-tone design underscore the model’s individual style on the exterior. Exclusive accentuations in the interior especially include sports seats in the fabric/leather combination Diamond Malt Brown, created especially for the design model.

There are two petrol engines and two diesel engines to choose from for both body variants of the new MINI Seven. What is more, the equipment package MINI Seven Chili is offered for selective enhancement of comfort, riding fun and personal style. The naming of the new design model recalls the premiere of the revolutionary British small car more than five and a half decades ago. The first specimen of the 4-seater known today as the classic Mini came off the production line as the Austin Seven.