MINI Plant Oxford and the latest JCW MINI Hatch are set to be showcased in a TV series that profiles some of the most famous names in the automotive world.?? The episode will air on Quest in the UK Tueday, November 29th. Look for other Discovery channels worldwide to show the episode in the months ahead.

Official Release: MINI Plant Oxford and the most powerful production MINI Hatch ever are set to be showcased in a TV series that profiles some of the most famous names in the automotive world.?

?Oxford, the heart and home of MINI production, and the high-performance John Cooper Works Hatch, features in the second season of ‘Supercar Superbuild’ – an 8-part series of programmes that ‘tell the story of mankind’s mechanical dreams coming to life’. 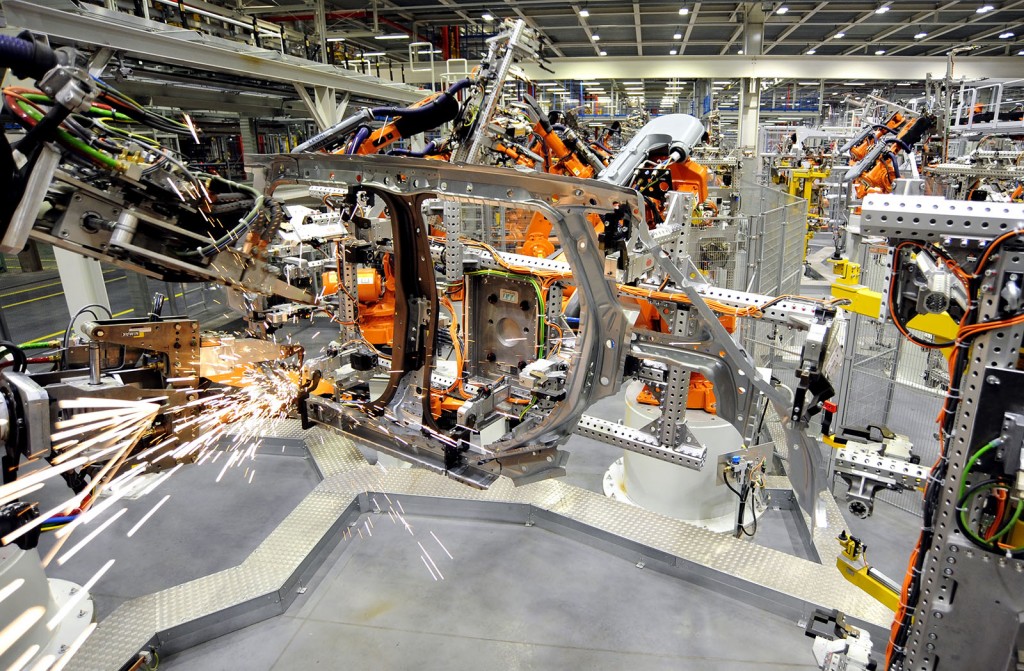 ??The hour long episode takes an in-depth look at how a MINI is built from start to finish. It charts the long and fascinating history of Plant Oxford – which has been manufacturing cars since 1913 – and the evolution of the brand from the launch of the classic Mini in 1959 up to the present day.

Since the relaunch of the brand by BMW in 2001 nearly 3 million MINIs have been manufactured in Oxford and sold in more than 110 countries worldwide. Today the plant builds around 1,000 cars to order a day – with a new MINI rolling off the assembly line almost every minute.?

Powered by a 231 hp 2.0-litre, four-cylinder turbo engine, this sportiest of MINIs with its legendary go-kart feel powers from 0-62 mph in a little over six seconds.

As well as interviews and behind the scenes footage of MINIs being built by the passionate production team in Oxford, the programme also features insights into the manufacture of MINI body pressings at Plant Swindon and engines built at the state of the art Hams Hall plant near Birmingham.

Frank Bachmann, Managing Director of Plant Oxford, said: “We’re honoured to be part of a series that includes some of the most famous names in premium car manufacturing. Taking part in ‘Supercar Superbuild’ offered us a fantastic opportunity to showcase our top of the range model. Here in Oxford the John Cooper Works Hatch is thought of as our supercar and we’re extremely proud of it. What shines through the most in this show, however, is the passion and dedication of those who actually build the car. That’s something that makes me really proud and I hope the viewers get a sense of this too.”?

?The MINI episode will first air in the UK on Quest on Tuesday, November 29th followed by various Discovery Networks channels across Europe, Asia, Australia, Latin America and the Middle East as part of the show’s rollout.

In the United States, Supercar Superbuild will be broadcast by Smithsonian Channel, a joint venture between CBS Corporation’s Showtime Networks and the Smithsonian Institution.?

?Dylan Weiss, Executive Producer from Cry Havoc Productions, said: “The team and I were absolutely thrilled to have the opportunity to visit MINI in Oxford and include the new John Cooper Works Hatch in Season 2 of Supercar Superbuild. At first blush featuring MINI in a supercar series might seem like a bit of an odd choice, but the world of high-performance fun doesn’t just live along the very expensive end of the spectrum.?

?“I learned that lesson many years ago while filming a motorcycle documentary in Italy. As we photographed professional test pilots racing their sport-bikes up an alpine road a man came flying up the hill in an original Mini Cooper. He drifted his way to the top with such grace that it put a huge smile on everyone’s face. That image has stayed with me ever since and I hope that this episode in some way helps share that same feeling with the television audience.”?