Official Release: Another exciting yet challenging Dakar has come to an end today with all three new MINI John Cooper Works Rally cars successfully completing their first ever Dakar – demonstrating that the newest cars in the family are set to follow in the ultra-reliable tyre tracks of their predecessor, the MINI ALL4 Racing. Seven out of all eight MINI competitors who entered the 2017 Dakar completed the route.

The 2017 Dakar has, as always, delivered a unique set of challenges for the drivers and co-drivers brave enough to tackle it. Poor weather conditions and related flooding have caused the cancellation of two stages and a reduction in distance of others, leading to the loss of some of the most technical parts of the track from the course and a total distance of 1,400 km less than planned.

For MINI, Orlando Terranova (ARG) and Andreas Schulz (GER) were the shining stars in this respect, finishing 6th in the general standings on Terranova’s home turf. Terranova: “It was a nice race; a very difficult first week for us and we made many mistakes which lost us time, but the second week was better. The stages were long and the navigation was difficult, but the car was fantastic and we are happy.” 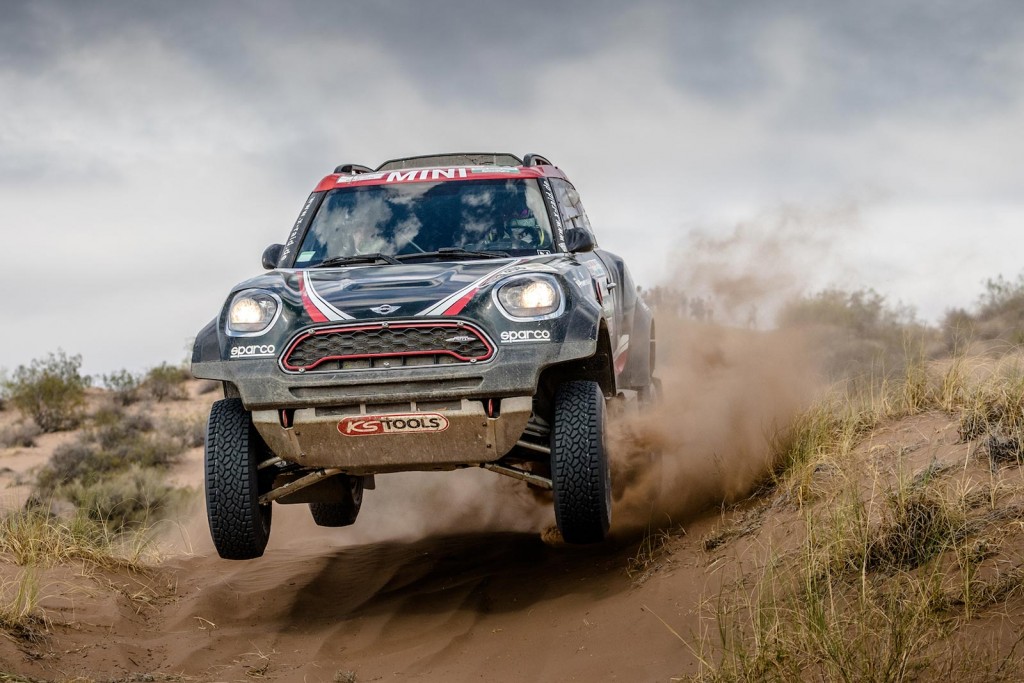 In the early stages of the race though it was Mikko Hirvonen (FIN) and Michel Perin (FRA) who looked to be the dominant MINI force in the #303 MINI John Cooper Works Rally. The Finn looked in a strong position to challenge for a place on the final podium in only his second Dakar, but navigational difficulties during later stages meant that was not to be. The pair completed the course in an unlucky 13th.

Hirvonen: “This was definitely more difficult and challenging than my first Dakar. Although things didn’t work out in the end, in the beginning of the race we were making a good pace and we were really happy. A lot of the difficulties we were faced were all in one day but that is part of the game of Dakar. I enjoyed it and it was a real adventure; we made it to the end and I’m happy with that. The car was working well and I think with the improvements that had been made with the car we had a real chance of being up on the podium, but it was just not meant to be this year. I really enjoyed the stage where we were in the high altitude because even though that’s where things went wrong for us, it was beautiful above the 5,000 metres and there are lots of stories to tell from there.” 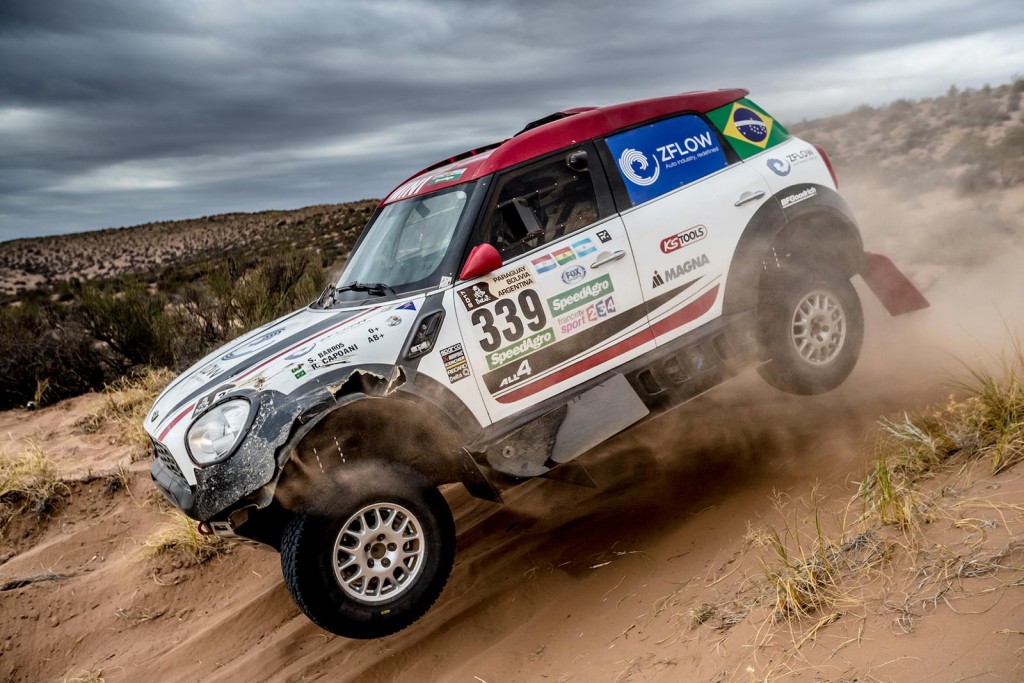 The altitude in the highest sections of the course has proved difficult for some this year though, even for experienced drivers. MINI’s Yazeed Al Rajhi (KSA) suffered from severe sickness in the first part of the event, leading to a temporary withdrawal from the event on Stage 4, before re-entering the following day on Stage 5, which added a 12-hour penalty to the completion time of the #306 MINI John Cooper Works Rally Car. Without that unforeseen delay, Al Rajhi and co-driver Timo Gottschalk (DEU) would have finished 20 places higher than their eventual 27th, which is still subject to appeal.

Al Rajhi: “We enjoyed the Dakar a lot but I think the altitude was not good for health reasons and it was too much for my body. I hope next year the course takes us step by step into the high altitude. The MINI was very strong; every other car had technical problems but with the MINI there were no technical issues, only driver mistakes.” 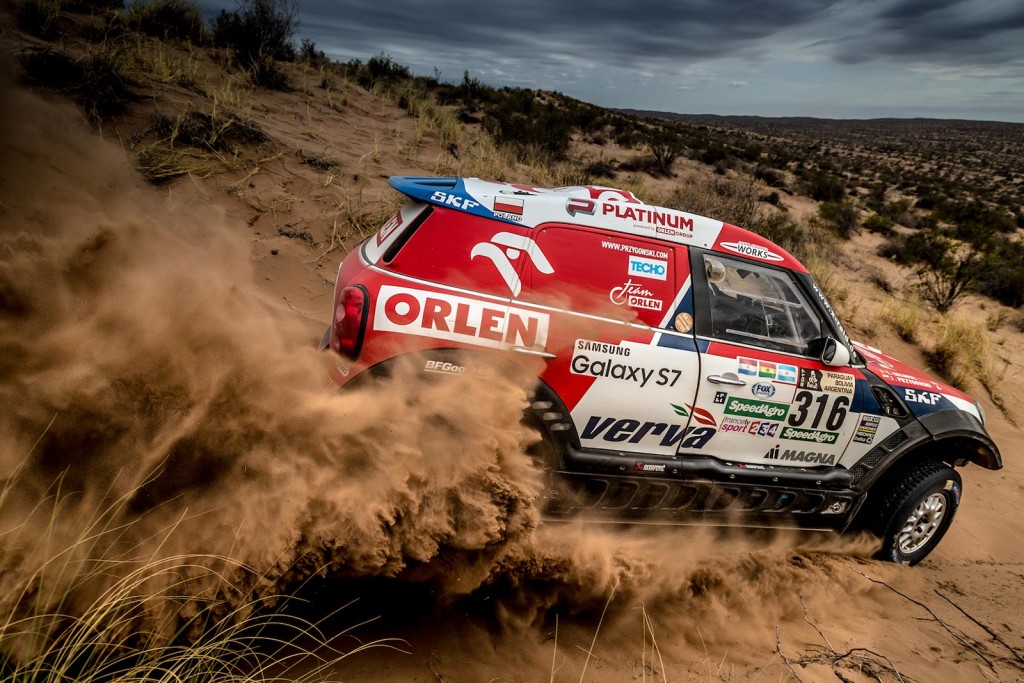 Przygonski: “This was indeed a hard Dakar, a lot of hard moments and difficult navigation with big speed but we enjoyed racing together. We’re really happy to be in the top 10 and feel we got a strong result, it feels like a huge difference from my first Dakar last year and I am only getting faster.”

For Mohamed Abu Issa (QAT) and co-driver Xavier Panseri (FRA), the 2017 Dakar has been a remarkable achievement. This was the first ever Dakar in a car for Abu Issa who is better known for racing quads at the event. The pair’s solid performances, supported by the reliability of the #322 MINI ALL4 Racing, have helped them finish in 10th.

Abu Issa: “This Dakar was very different for me; it was my fourth but three of them were in a quad so this was my first in a car. I’m not sure if this one was hard because the challenges are different in a car than a quad, I cannot compare but I know it was still tough. I chose, I think, the best team in terms of car, spares and everything; they taught me a lot. The whole point for me is to learn so this Dakar was like a school for me and I learned from Xavier, who is an amazing co-driver, as well as Sven and the whole team. I want to win the Dakar in a car one day and this is where I start. I have mixed emotions to finish, I can’t wait to see my family but I am sad that Dakar is over.”

The experienced Stephan Schott (GER) completed another Dakar, this time with navigation support from co-driver Paulo Fiuza (POR). The pair ended the 2017 rally in 15th.

Schott:” It’s a great feeling to finish. The team did a really good job and my co-pilot Paulo did a perfect job. This is the first time I finished in 15th so I’m really happy with that. On one hand it was a good Dakar with very nice and tough stages but I think, in Bolivia, it was not the right time and place. With so many cancellations we did not have as much race as we would have liked.”

Sylvio de Barros (BR) and Rafael Capoani (BR) finished their first Dakar in a MINI in 18th. Barros: “ Dakar was great, it was such a fantastic experience. I never imagined with 300 cars that we could get as lost as we could! The car was great, it was bulletproof as Sven had told us. I came here 10 years ago on a motorbike in 2007and couldn’t finish, in 2008 I was back and it was cancelled so I am so happy to have completed the distance this year and I have completely different memories of the Dakar now than I had when I came here.”

Boris Garafulic (CHL) and Filipe Palmeiro (POR) were the only pairing not to achieve full race distance in the #314 MINI ALL4 Racing, choosing to retire just yesterday on the penultimate stage. They had ended the previous day (Stage 10) in 7th in the overall standings. 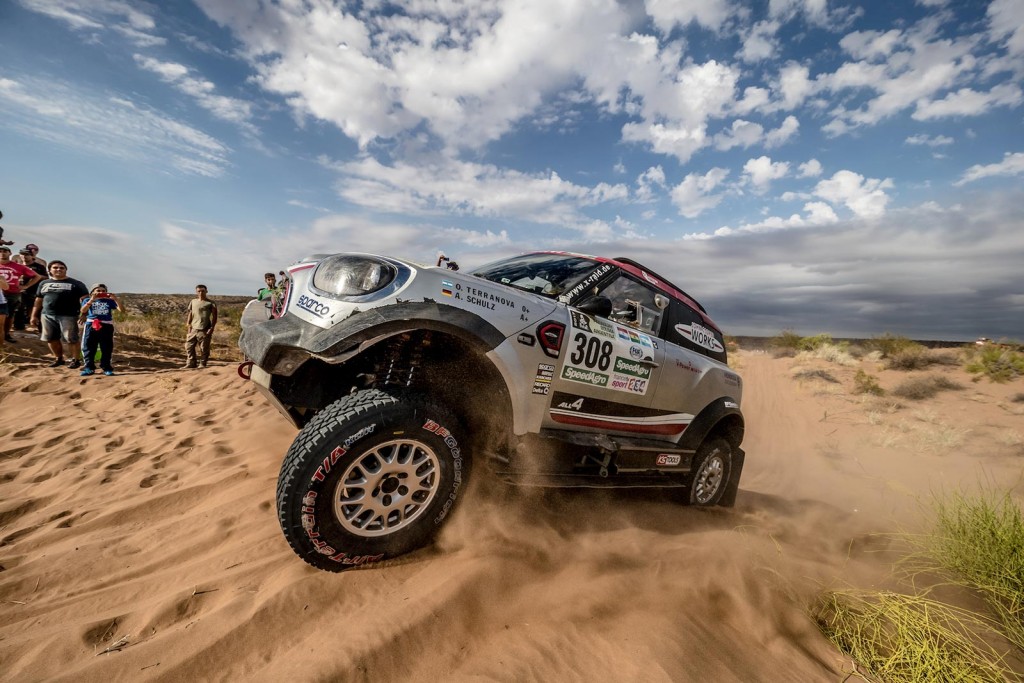 Reflecting on the event, X-raid Team Manager, Sven Quandt said: “It was a gruelling Dakar – and this does not only apply to the sport. This year, the conditions were extremely difficult for everybody. The heat in the early stages with temperatures of more than 40° C, then the Bolivian heights with an altitude of up to 4000 metres above sea level – and in addition, all the rain and the cold.

This was physically and mentally extremely demanding. Nonetheless, our mechanics did a fantastic job and displayed a lot of staying power. If you are lying below a car in the rain, with mud everywhere and the water running down your collar… that’s anything but funny.

“Our MINI racers once again demonstrated their reliability, this year. But unfortunately, the regulation factors with their impact we can’t change prevented us from securing better results. For instance, the diesel powered all-wheel drive cars are clearly penalised by the regulations in the fast, bumpy sections we had to contest this year, which were extremely demanding for our MINI and there we had no chance against the buggies. Therefore, we will focus even more on the two-wheel drive, in the future.”

The remaining seven MINI cars, drivers and co-drivers are currently en route to the podium ceremony.