It’s good guys. It’s really good. That’s the reaction we had when we first played with the new touchscreen navigation last fall at the LA Autoshow. Now that we’ve had a bit more time to see it in action those feelings have been reinforced. 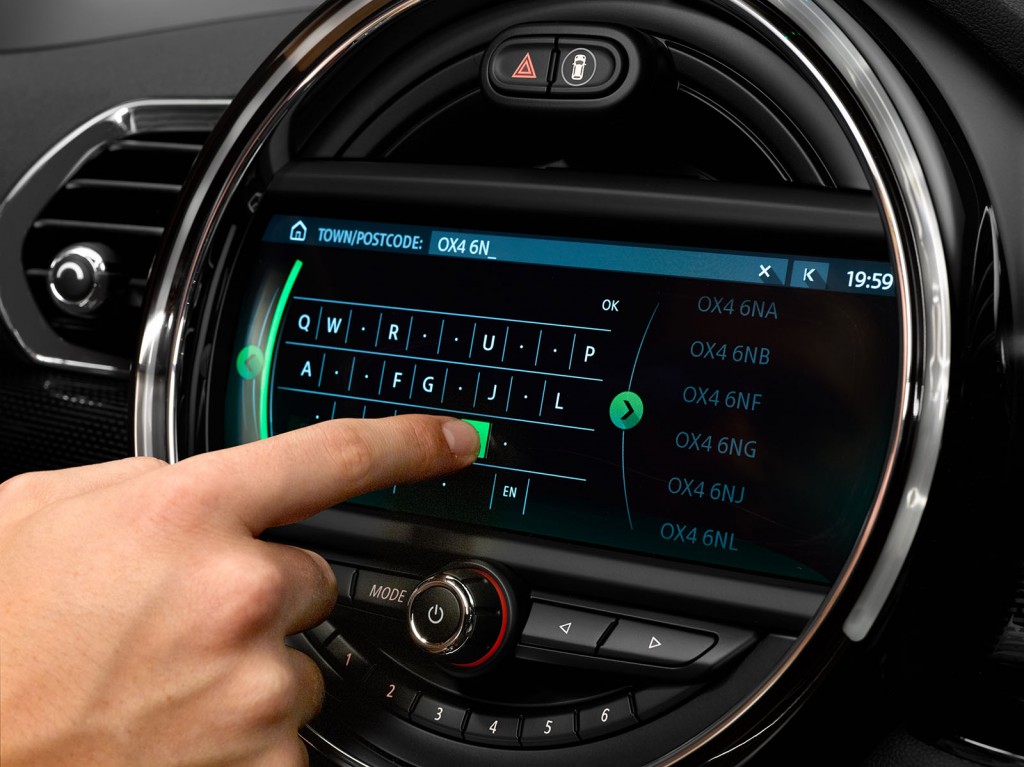 Where to See and Buy MINI’s New Touch-Screen Navigation

The system melds the physical interface of the controller better than I expected to the new touch-screen interaction. And when I say touch-screen I really mean multi-touch since pinch and zoom is supported (albeit a little slowly). Then there’s the editing capability that you see below in the Instagram video. All told it’s a massive improvement and one that is well worth checking out.

Yes it’s coming. CarPlay will be available from July 1st onward on all MINIs with this new touch-screen navigation. Android Auto capability is coming be isn’t expected until sometime in 2018.

Is it Backwards Compatible?

No. Nothing ever is in BMW and MINI world. The problem is that the hardware is so tied to the software in these cars that BMW not is set up to deliver the type testing and support needed to allow for upgrade like this. Will that change? BMW and MINI would have to move to a much more modular technical architecture that allowed for more flexibility in software. We’ve heard rumors that is happening but we won’t see that type of sea-change for a few more years.

The Future of Car Interiors is Touch Screens