Official Release: A final stage win for Jakub ‘Kuba’ Przygonski (POL) and Tom Colsoul (BEL) in the #214 MINI ALL4 Racing at the 2017 Qatar Cross Country Rally saw the pairing place 2nd overall in the standings at the demanding desert race. Przygonski and Colsoul put in consistent performances to fight for the top spot across the five stages of the revised route for this year’s rally, eventually taking the overall runners-up position in 2nd on the podium.

The MINI crew of Mohamed Abu Issa (QAT) and co-driver Xavier Panseri (FRA) in the second MINI ALL4 Racing were not far behind, with a 4th place finish in the final special stage to put Abu Issa 5th overall at his home race. The #206 car finished just 12 seconds behind 4th place after a strong push in the final stage. 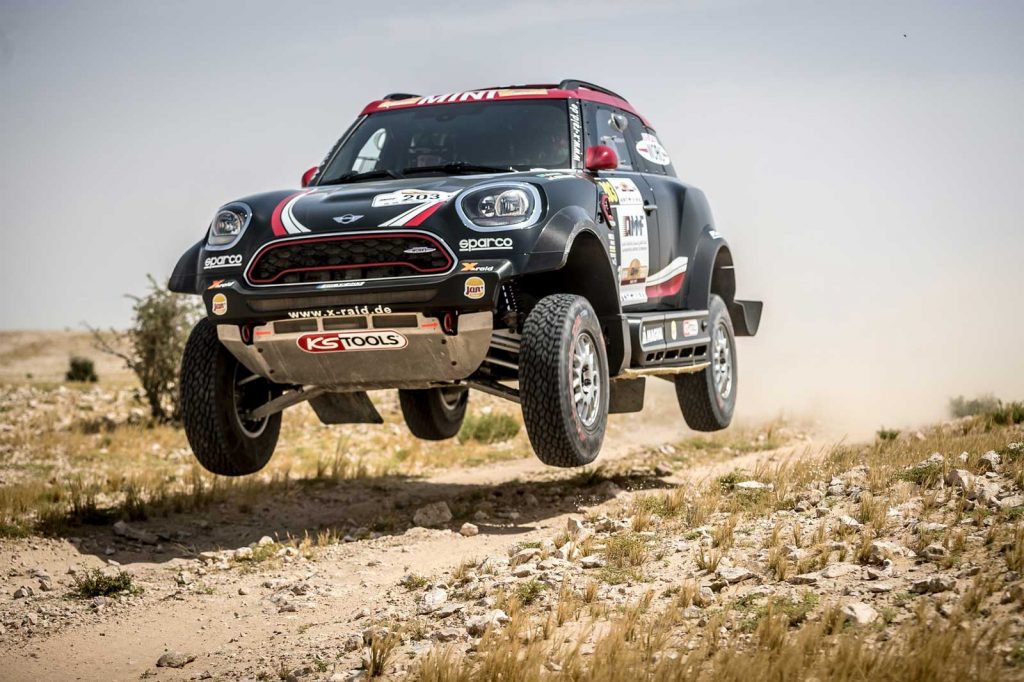 Fellow MINI competitors Yazeed Al Rajhi (KSA) and Timo Gottschalk (GER) in the MINI John Cooper Works Rally were less fortunate, being forced to end the final stage early in the day after running out of spare tyres as a result of several punctures from the stony terrain.

Przygonski: “Qatar Rally was really, really good for us. We were pushing from the beginning; it was really tough navigation but Tom did a good job. We were fighting all the way to the end and really pushing in the last stage and in the end we finished just 28 seconds ahead of Poulter in 3rd place, which is amazing after 10 hours of racing to have such a small difference. The car was really good, it was well prepared, we had good speed and no problems.”

Abu Issa: “We were so close to the podium; the whole of the top five were just 14 minutes apart, so 2nd and 3rd place were so close within our reach. We had a good race but we were a bit unlucky and I’m a bit upset to have not reached the podium for my home race, that would have been nice.”