It looks like a tight supply of key models crushed MINIUSA’s chances of matching its sales increase from March. 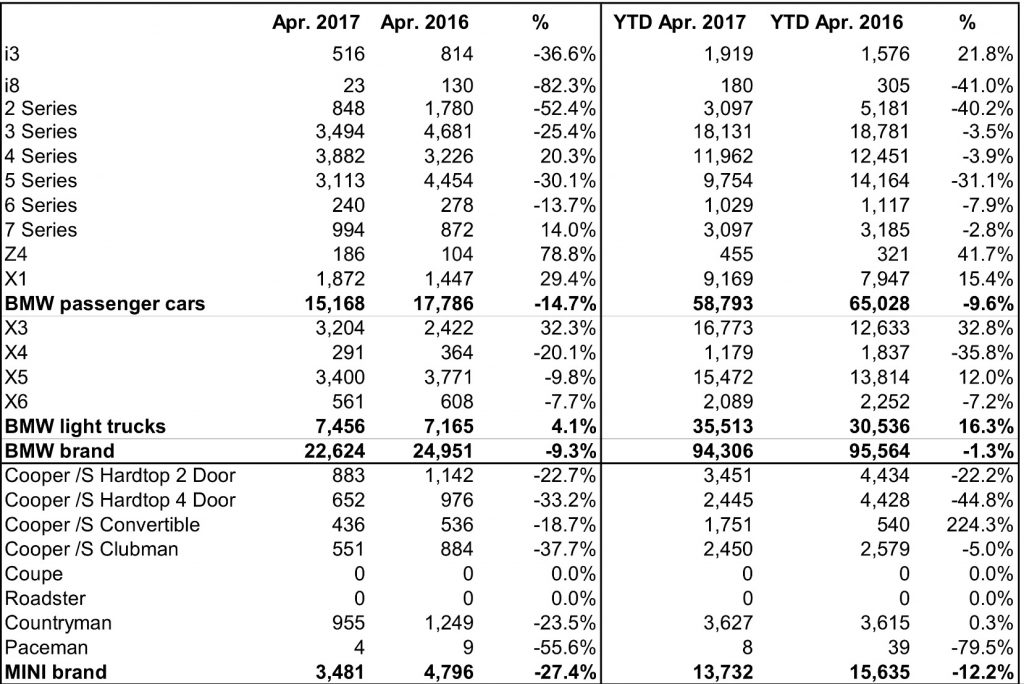