There are few driving experiences in the midwest better than taking the back roads of Wisconsin north to Road America. Surrounded by farms, nestled in rolling hills, the scenery is the type of storybook rural landscape that great books conjure. The only way to make this journey better is being able to get closer to it. Removing the roof is a start – hence why we carefully timed our week with the new 2017 MINI Convertible Cooper S to coincide with our time at Road America. But judging a convertible on days like this is a little too easy. What is it like to live with during the drudgery of commutes and soccer practice? Let’s find out. 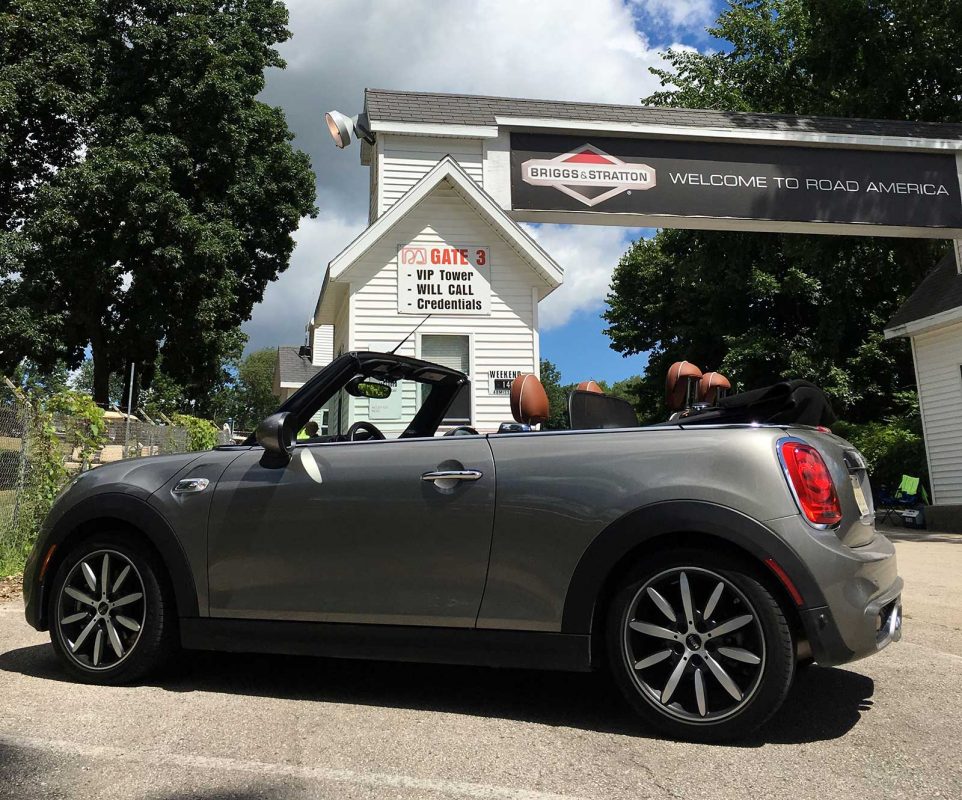 Let’s back up for a moment however. This is the first entirely new MINI convertible since the original R52 model that debuted in 2004 (little known fact that the 2009 R57 convertible carried over a good portion of that first car’s chassis). All that aside the new MINI convertible (internally known as the F57) is exactly what you’d expect. And that’s a very good thing. The F57 is an iteration of a same convertible formula MINI created in 2004. That original convertible introduced the dual mode top, the pull-down rear tailgate and the four seat layout. None of that changed in the second generation (R57) nor has it changed with the 3rd generation 2016 MINI Convertible.

Yet everything here is new. Underneath it all is BMW’s new UKL architecture first seen on the F56 MINI hatch. Longer, wider and (if you take away US specific mandated safety structures) lighter than what came before it, the UKL has made small MINIs much more livable and (dare we say it) premium feeling without sacrificing performance. 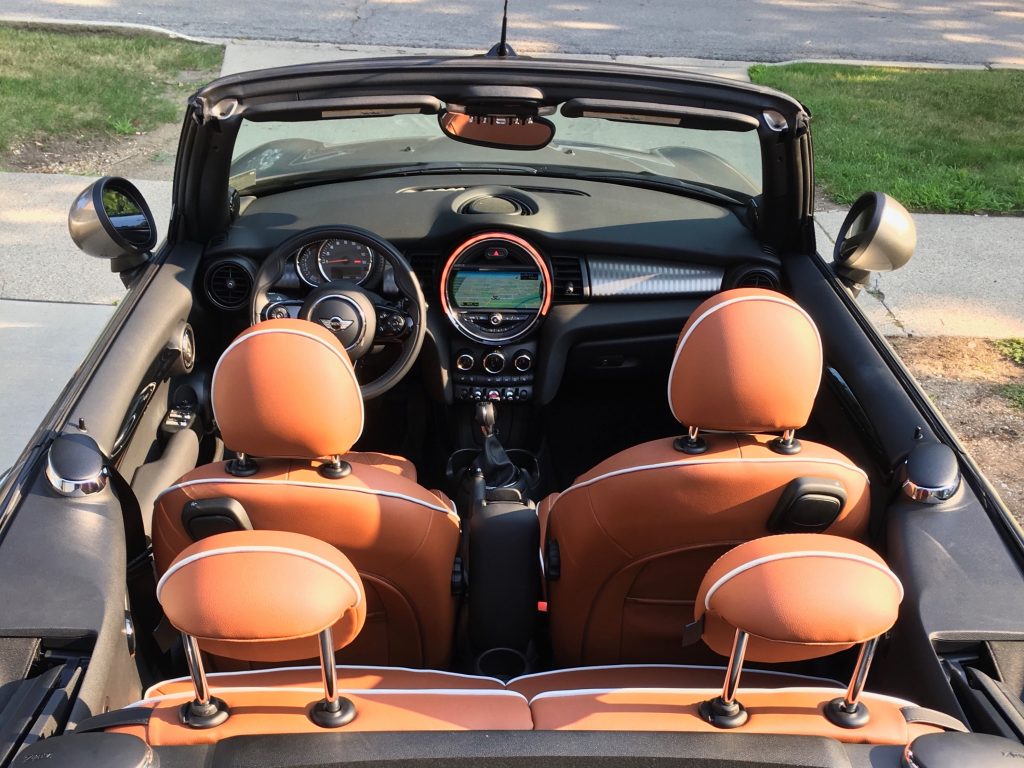 Elsewhere MINI has rethought the pull-down tailgate with a new hinge system that has a more robust design. This then leads to a boot that is 25% larger and has an easy load function, giving it even more space when the top is up. All in an effort to increase the ability to use this car as a daily driver.

Up top the roof has been improved with an all electric motor that is both quicker and quieter than before. The fabric itself is also updated with more resistance to tears and creasing (something first generation convertible owners likely know something about). And the optional MINI Yours Union Jack top (with a subtle herringbone pattern) is a must after seeing it in person. 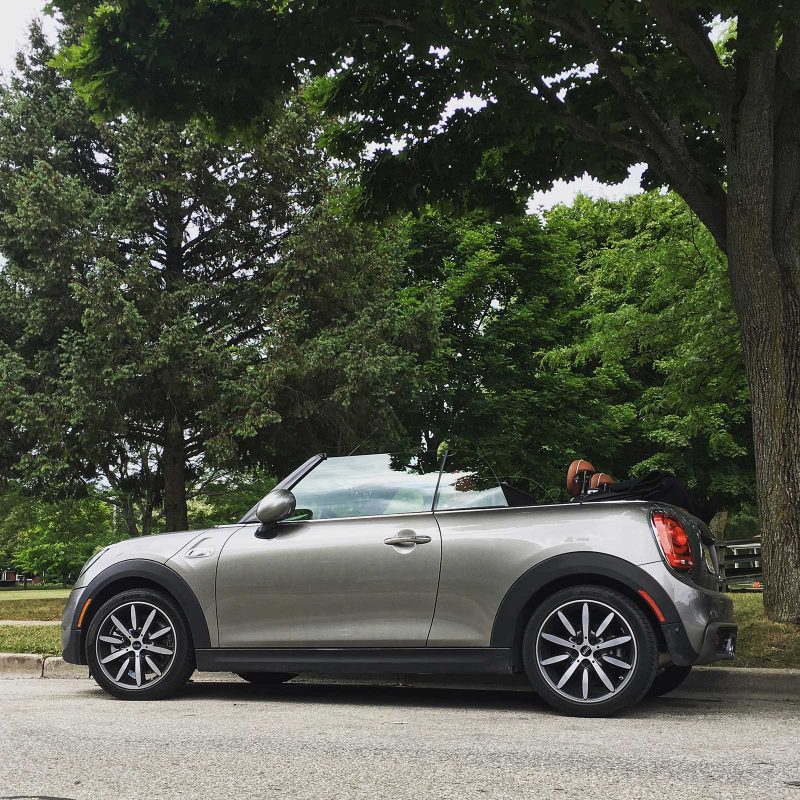 Unlike other F Series cars the new F57 Convertible seems to wear it’s new larger nose rather well – at least better than its hard top (F56) brother. For those not following MINIs in recent years, European pedestrian impact standards have led to most cars growing larger and longer from the front wheels forward. The goal is to create space between the impact point and the hard points under the hood. The effect has been a ballooning of the front overhang – the very thing that MINI’s design language has traditionally eliminated. Here though it blends in better with the overall shape of the droptop dominating the back half of the car.

MINI has sweated the details in a way that makes the leap from the 2nd generation to the 3rd feel bigger than any before it. And like other F Series cars, the F57 MINI Convertible benefits greatly from higher quality materials, better fit and finish and a higher spec of standard safety and convenience features. While this car does’t have the new touch-screen navigation seen on the Clubman and Countryman, it’s infotainment compares well against the best in class. 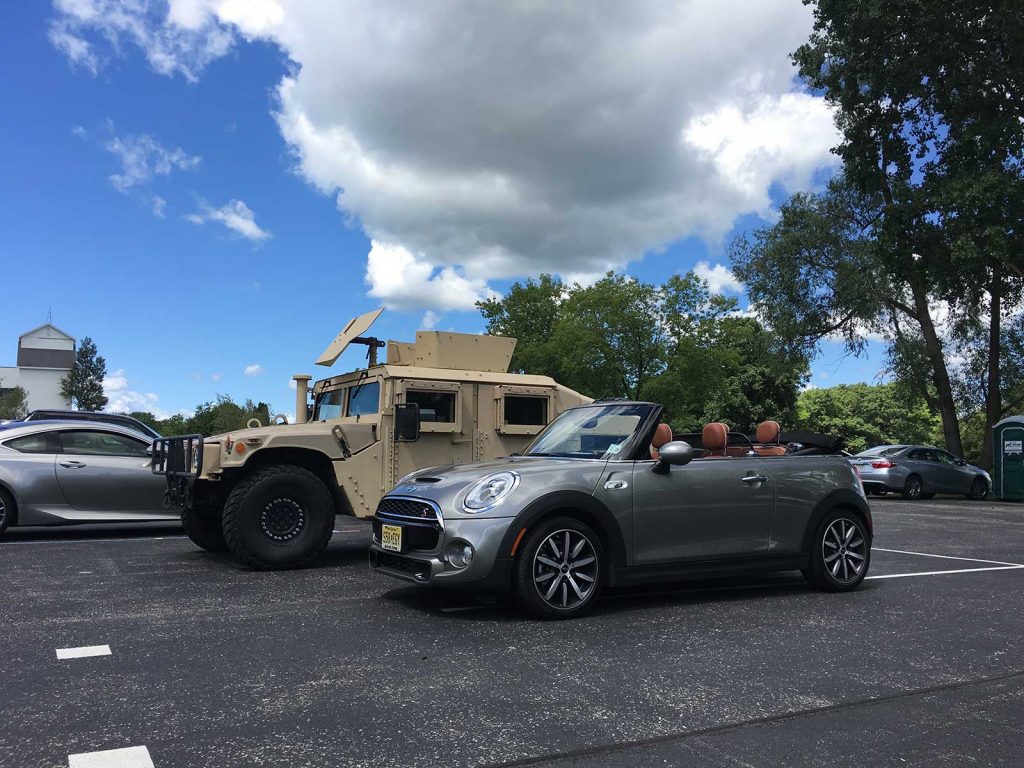 Like other new generation MINIs, this is a car that has been thoroughly rethought, re-engineered and redesigned. Suspension dynamics are roughly the same as before but with entirely new components that allow the F57 to feel both more comfortable and more in control than before.

While the steering ratio hasn’t changed, it feels sharper and quicker than the R56. The reason is a decrease in unsprung weight and a revised rear suspension — especially the new hollow anti-roll sway bar in the rear.

In talking with the MINI engineer responsible for suspension design on this generation of cars, I learned that this was area was of intense focus for MINI. The goal was to create a foundation that allowed for a greater range of either comfort or performance as desired. The effect is a car that feels more composed and even more eager to turn-in than before.

With this new convertible, MINI has created an experience that feels both more communicative, more balanced and more forgiving at the same time. 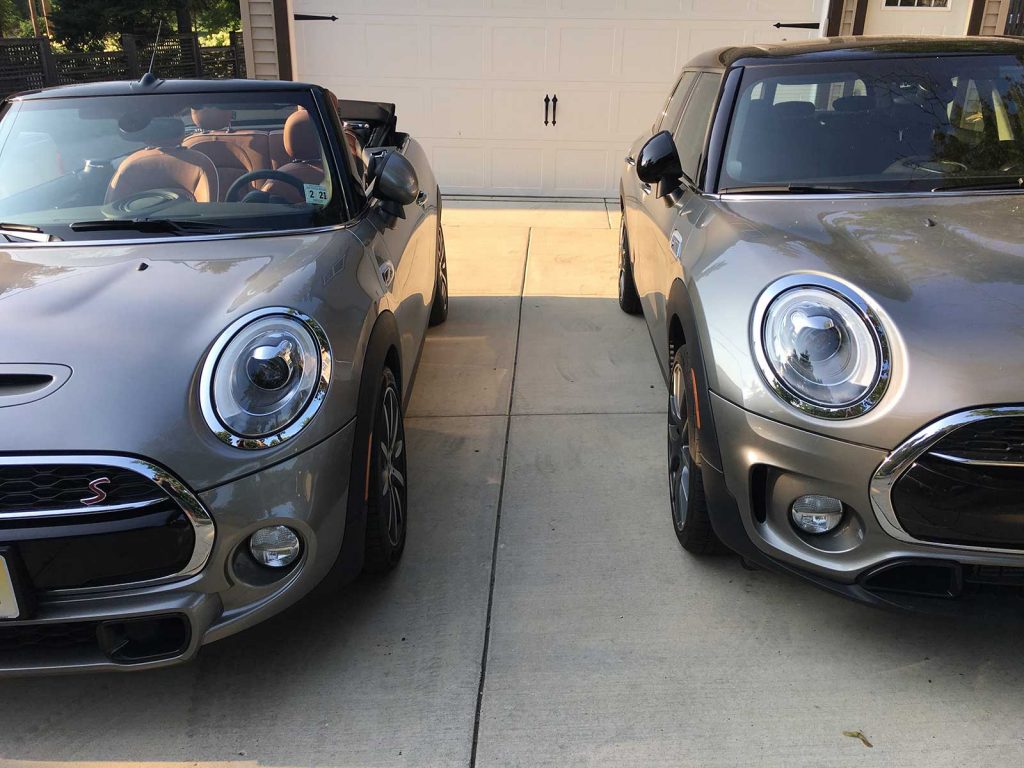 The new 2.0L engine of the Cooper S feels every bit as strong as the previous 1.6L JCW power plant. The focus on mid-level torque increases drivability. In combination with the revised six speed manual, the engine almost never felt caught off guard by anything I asked of it. On paper, the overall power of this engine is not up significantly over the previous unit, but the power delivery is much smoother and stronger throughout the range.

That doesn’t mean it’s perfect. It doesn’t rev as freely as the previous Prince generation of engines and it isn’t as happy at the top-end of the rev range. The low-range makes up for that to a degree but there’s no question that a lighter flywheel would help the experience and make this car feel more R50 like

While the new 2.0 engine is not something you’ll want (or need) to wind out, it does create a generous growl that the previous Cooper S lacked at times. With Sport Mode engaged, it emits some serious pops and burbles – something way more noticeable on the convertible than any other MINI.

Over the course of a week we did approximately 600 miles in our Cooper S test car with about 590 top down. Whether it be traveling with kids, road tripping through Wisconsin or the simple chore of commuting, our F57 felt undeniably fun to drive and always up to any task thrown at it. 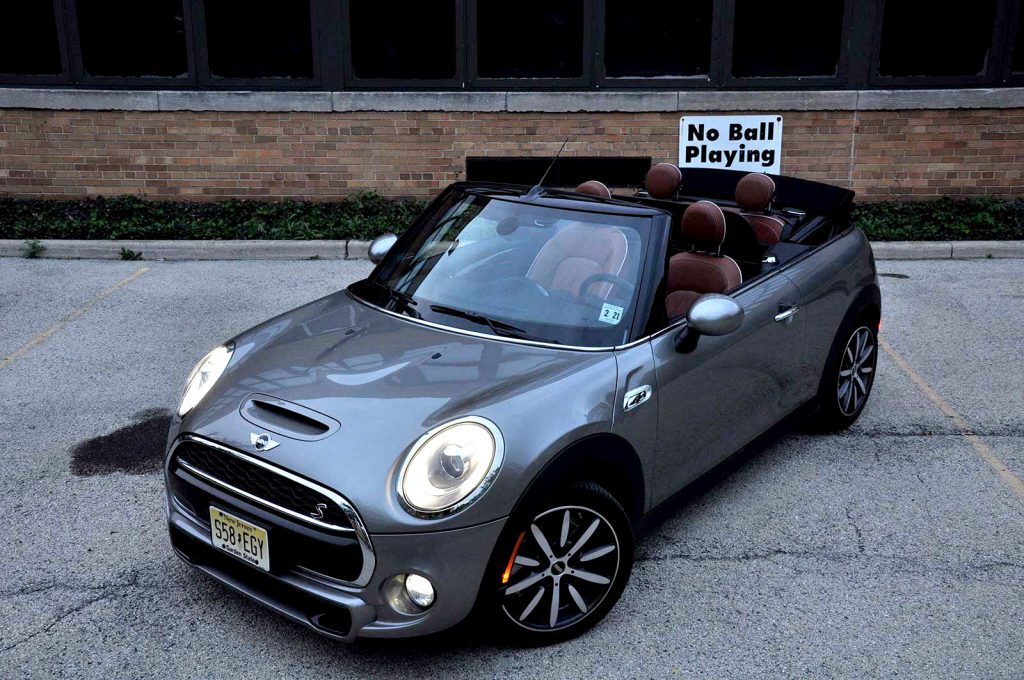 But let’s be honest. Nowhere was it more at home than exploring the back roads of Wisconsin. It’s as if the new MINI convertible had found a sunnier version of English B-roads – it’s spiritual home. And that’s where it all came together. Stringing corners together and long stretches of loping hills, this MINI delivered all the thrills you could want from a sports car let along a four seat modern convertible.

Yes this is can be an everyday car. As we proved with our long term test of the 2013 MINI JCW Roadster yes You can run a MINI droptop everyday. If you can live with the small trunk and limited rear seat capacity, this is a car that will rarely get in your way yet will constantly reward you. From the design to driving engagement, the new MINI Convertible is a reminder that cars can and should be designed to bring joy into our lives everyday.

Our 2018 MINI JCW Countryman is Here!