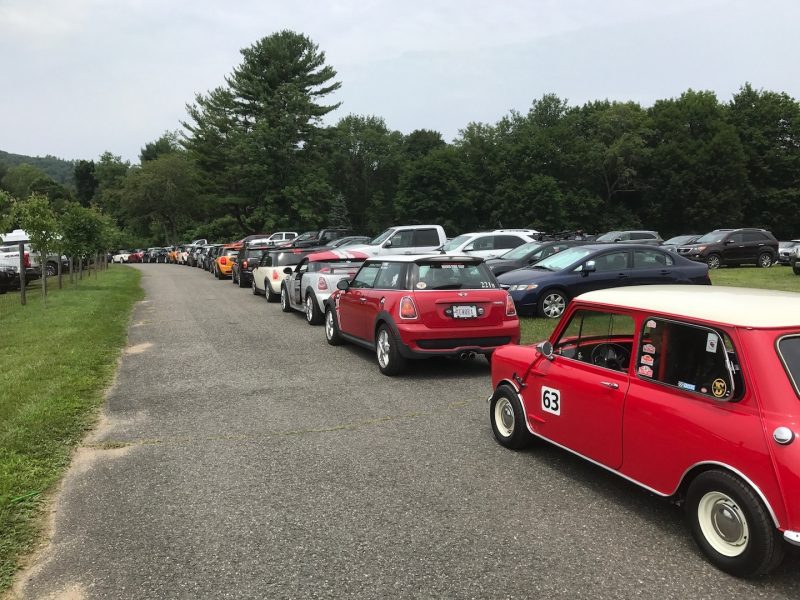 More than 40 MINIs converged in Connecticut to see MINI race at the IMSA WeatherTech Championship and the Continental Tire SportsCar Challenge.

Back in January of this year (2017) the MINI race team was in the fast lane. Continuing a tradition of racing MINIs that began back in 1960, MINI took first place in the Street Tuner (ST) class of the Continental Tire SportsCar Challenge series at the Daytona International Speedway.

The team followed that up with a third place finish at the Canadian Tire 120 recently with a 1-2 finish at Watkins Glen with the third MINI making a dramatic come-from-behind fifth place finish.

No Longer the Underdogs

Regrettably, as stated in a recent roundup by our own Eddie Cosme, MINI’s good fortune hit a speed bump at Lime Rock this weekend, which began with a disappointing penalty for tire a minor tire-swapping error, and the three drivers, Nate Norenberg, Derek Jones and Mike LaMarra placed 19th, 23rd and 26th respectively.

Still, the team was in good spirits and remains in second place in the points standings behind Porsche. As Department Head, MINI Brand Communications, Pat McKenna told me at trackside, “The season has been really fantastic…it’s funny because you know, we always think of ourselves as underdogs but the guys are basically saying, now they’re showing up to the races, they don’t see us as underdogs anymore. They see us as, you know, we’re in…second place in drivers, second place in manufacturers behind Porsche so it’s a good place to be. I think it’s also why the pressure is on.”

Lap Motorsports founder and MINI Racing Crew Chief Luis Perocarpi even found time to give me a hot lap around the 1.5 mile course in a new JCW Hardtop.  Thank you to Luis, Pat and the entire MINI team for making us feel so welcome. View the hot lap below.

MINIs On the Rock

Although there was no podium finish for MINI, owners and fans were given some extra love. In addition to the race, MINI treated motorers to the opportunity to drive their own MINIs on the track at Lime Rock in a parade. Nearly half of the 40+ MINIs motorers attending the race, including me, took to the track for some laps. Special thanks to Josh Amato from the MINIs of Boston Facebook Group for organizing caravans to the event, and WD Small for filling me in about it, and MINI for hosting. View the parade below.

Below you will find some photos from the event. It’s truly amazing to see the beating the cars take on the track.

Results of this weekend’s race at Lime Rock can be found here.

Lime Rock Park is located in Connecticut and there’s a great history behind the course which began its first races in 1957, You can learn more about the storied 1.5 mile course at Car and Driver here. 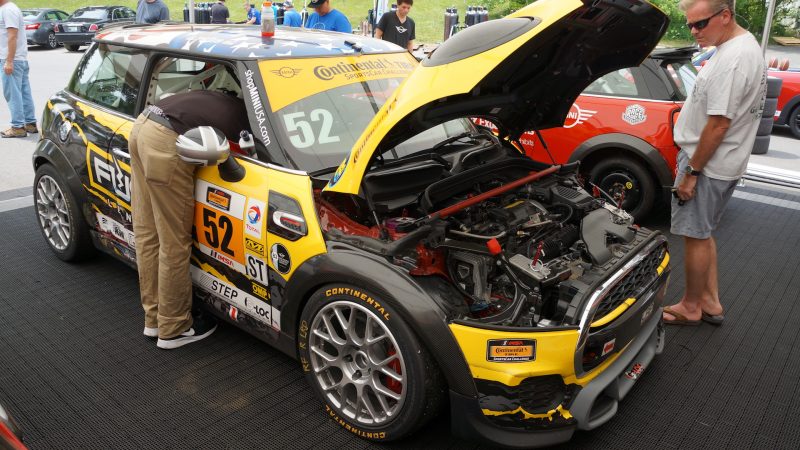 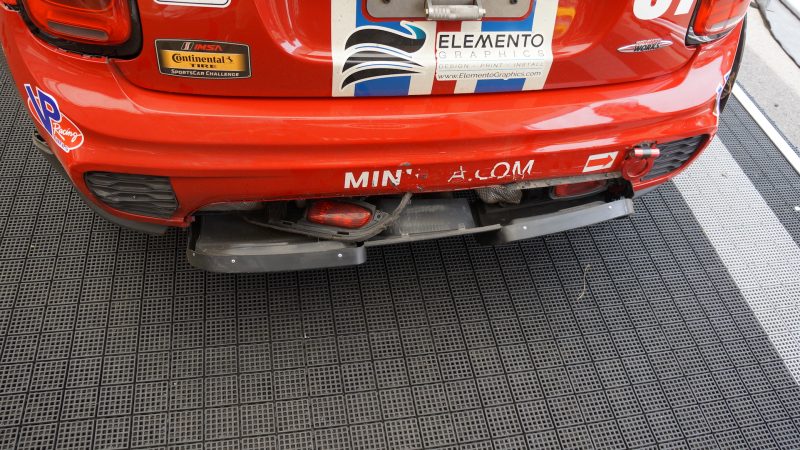 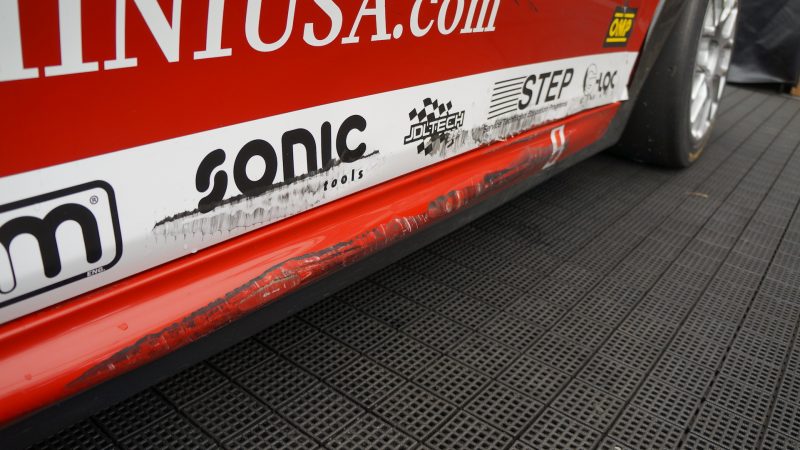 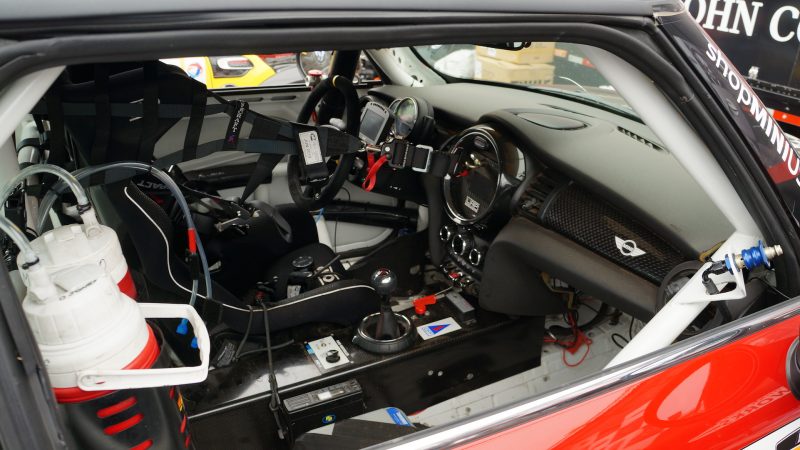 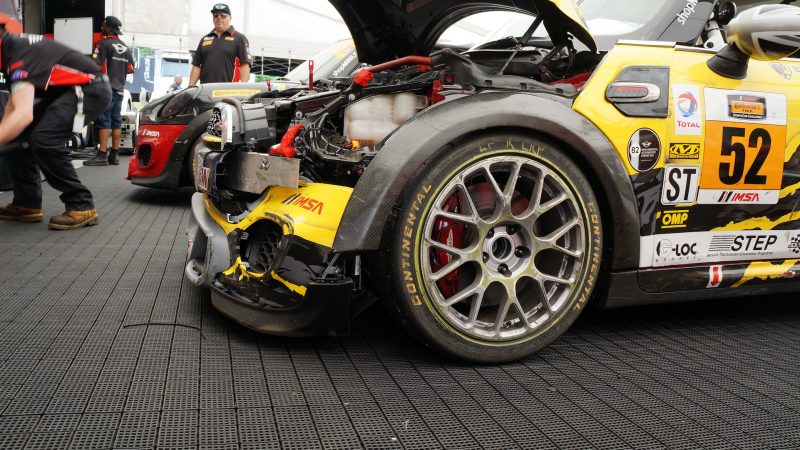 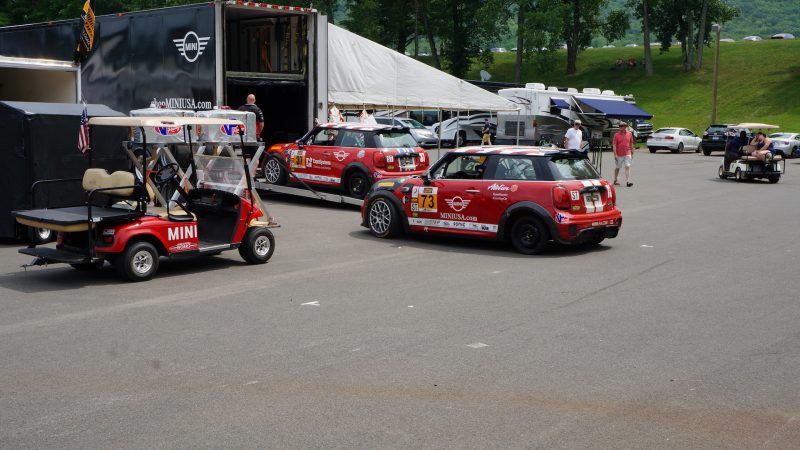 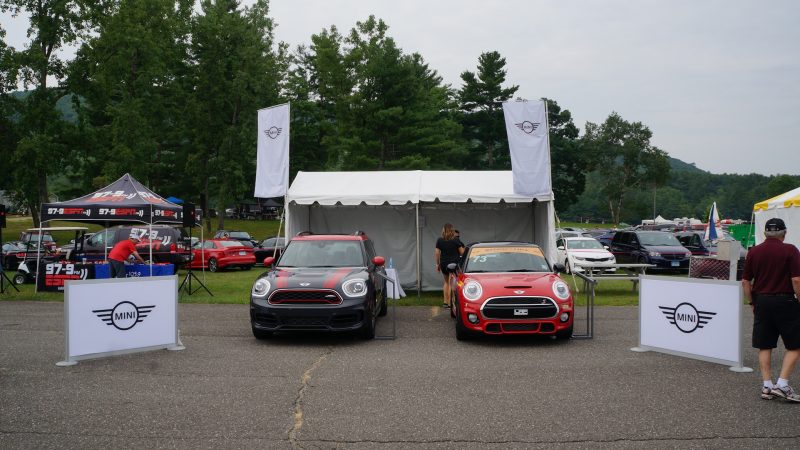 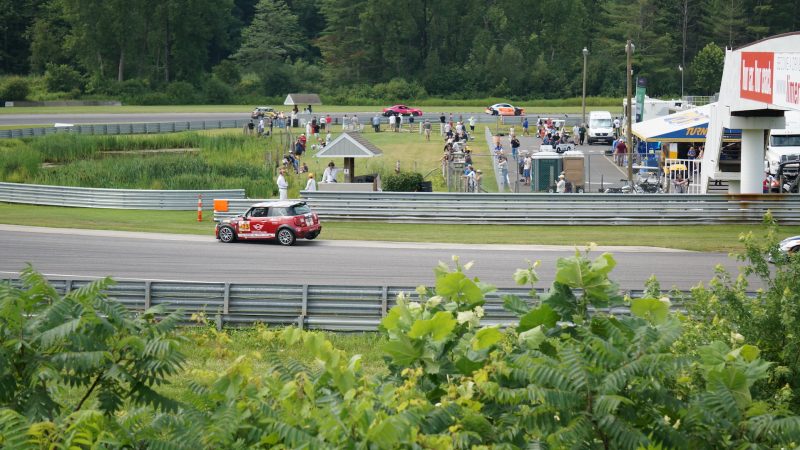 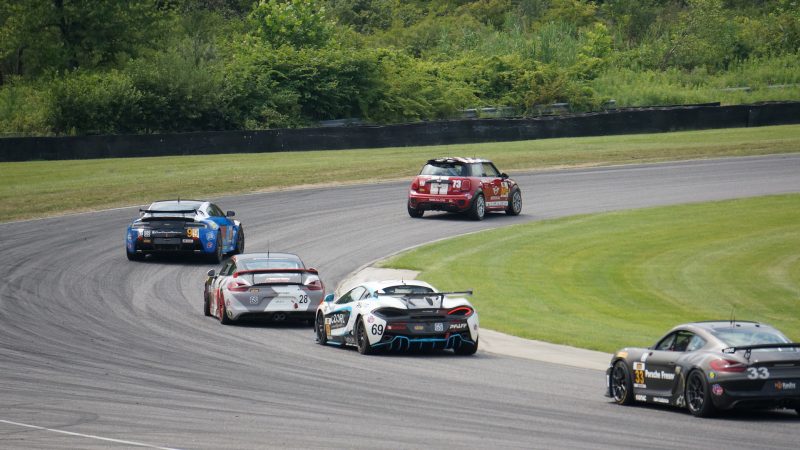 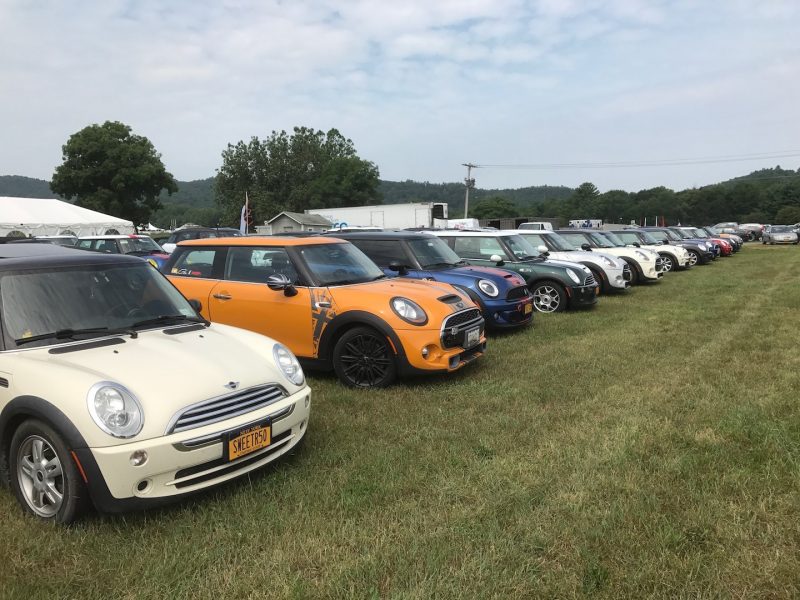 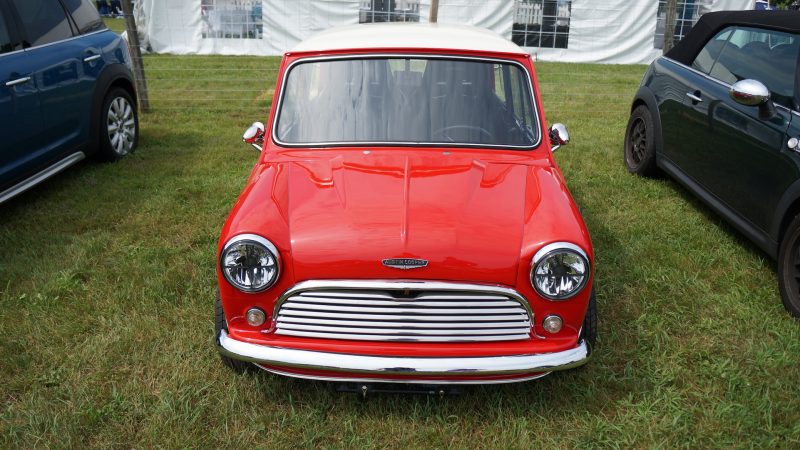 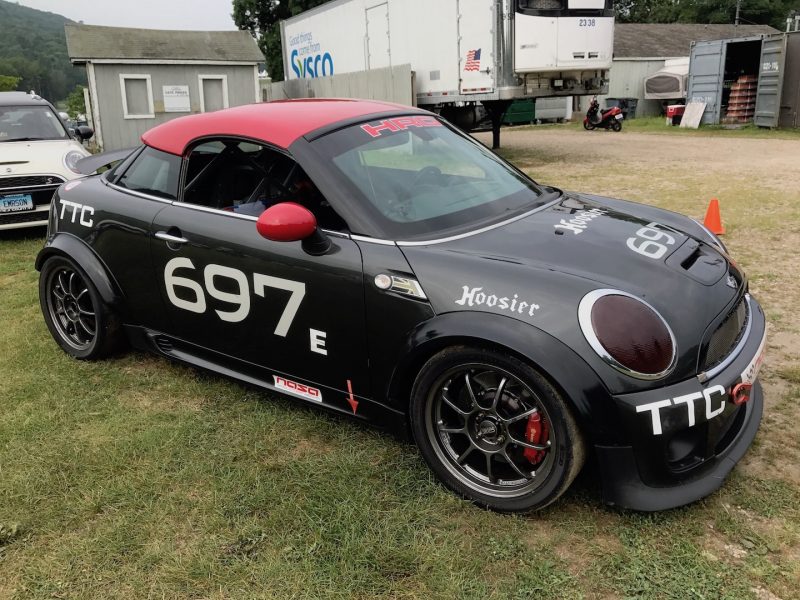 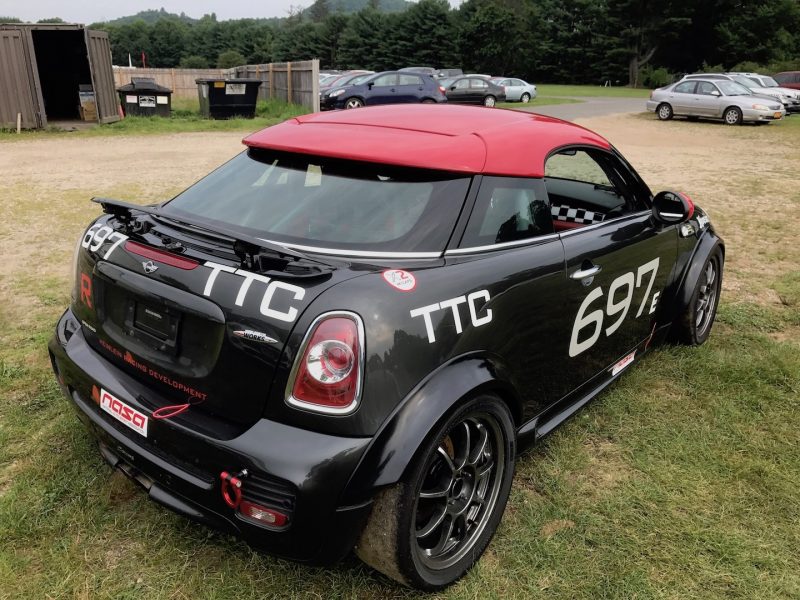 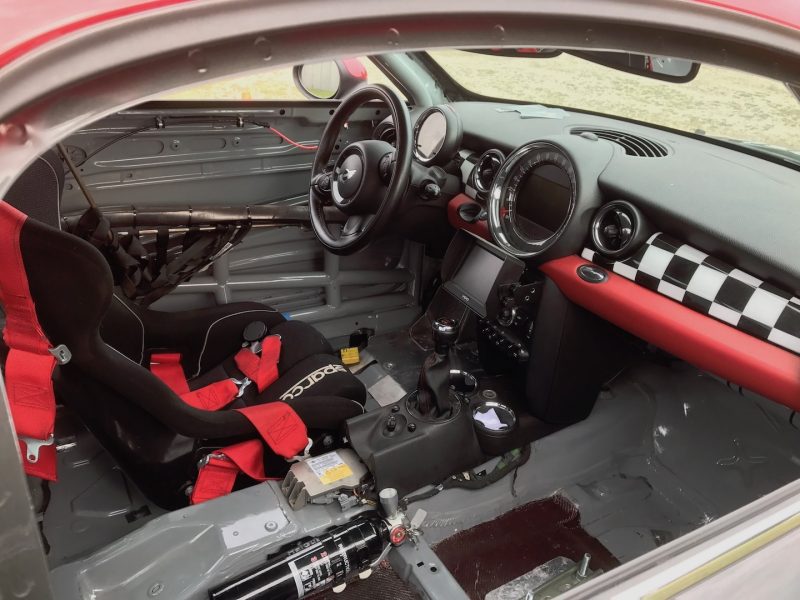 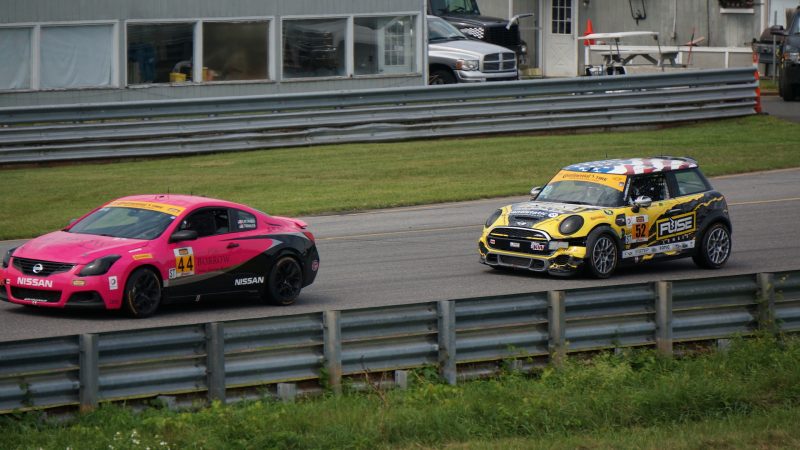 Double Podium for Pombo at Sonoma