MINIs have always been safe for their size. But the recent 5 star NCAP crash test for the new MINI Countryman is worth noting as its the best a MINI has ever done.

As you can see the Countryman will have all the standard safety structure we’ve some to expect from MINIs. But you can also see some distinct difference between the new car and the previous R60 Countryman (below) in terms of structural safety. More specifically the new Countryman now has massive upper side impact beams to meant to produce a higher level of side impact safety. 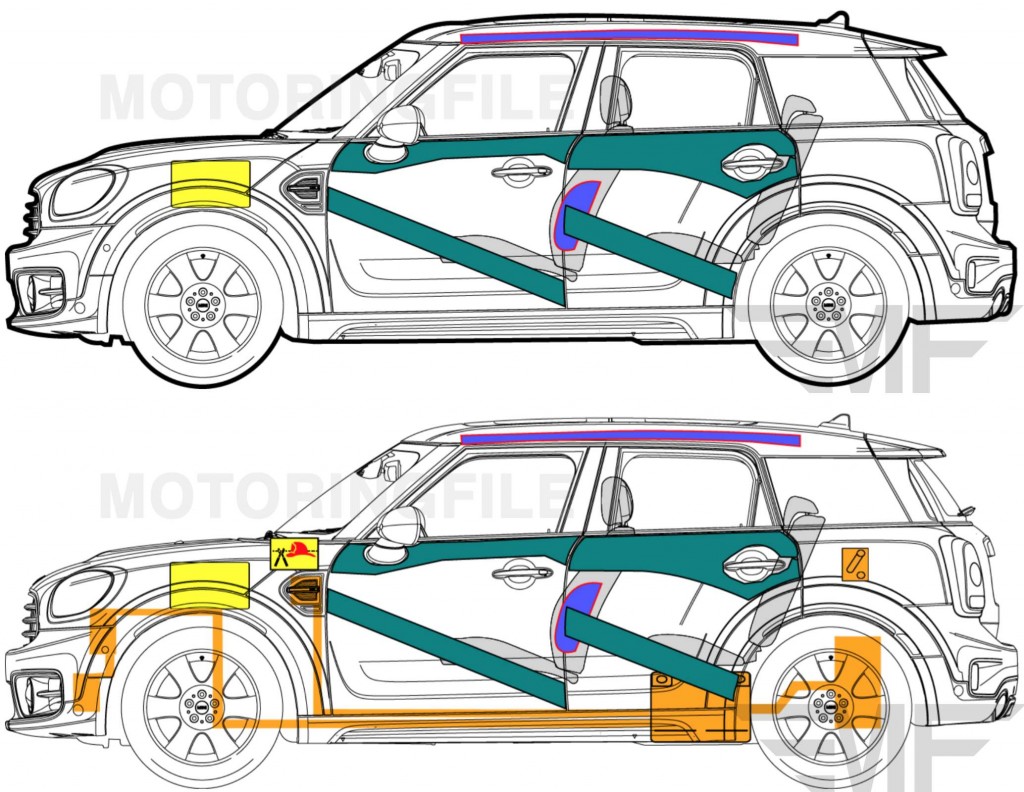 Also evident in this cutaway is the higher belt line and the taller bumpers. This has helped with the off-set impact crash tests specifically.

Then there’s weight. While it’s typically seen as the enemy of a performance car, it also helps the Countryman be fractionally more effective at safety than the lighter Clubman. In other words you can’t easily negate the value of mass when it comes to impact.

Active safety is something we’d argue might be more important than any of the above points and in that regard the Countryman is the least well equipped MINI. It’s not as nimble and quick to respond as the Clubman much less the smaller F56 based MINIs. But unfortunately active safety isn’t something generally quantified and it certainly not an easy thing to sell to un-educated consumers.

That aside the Countryman is the safest MINI you can buy when you look at the 5-star crash test results. And in most markets that’s a quantifiable way to sell cars.

Safety in the Eyes of the Insurance Industry