Offial News: MINI USA is once again proud to congratulate amateur racer Craig Wilcox on his continued success in the Tire Rack SCCA ProSolo Series and the Tire Rack SCCA Solo Nationals. Wilcox, of Blue Springs, Mo., finished as the Year-End Points Winner in the ProSolo Series Championship and finished second place in the Solo National Championship in September at the Lincoln Airpark in Lincoln, Neb. It was the sixth time Wilcox finished as the Year-End Points Winner in the ProSolo Series. Wilcox has also been crowned the Prosolo Series Champion four times in the past five years as well as four Solo National Championships with ten podium finishes over his racing career which began in 2003. The long time MINI owner continues to race his 2012 MINI Cooper S Hardtop, which doubles as his day-to-day primary vehicle. 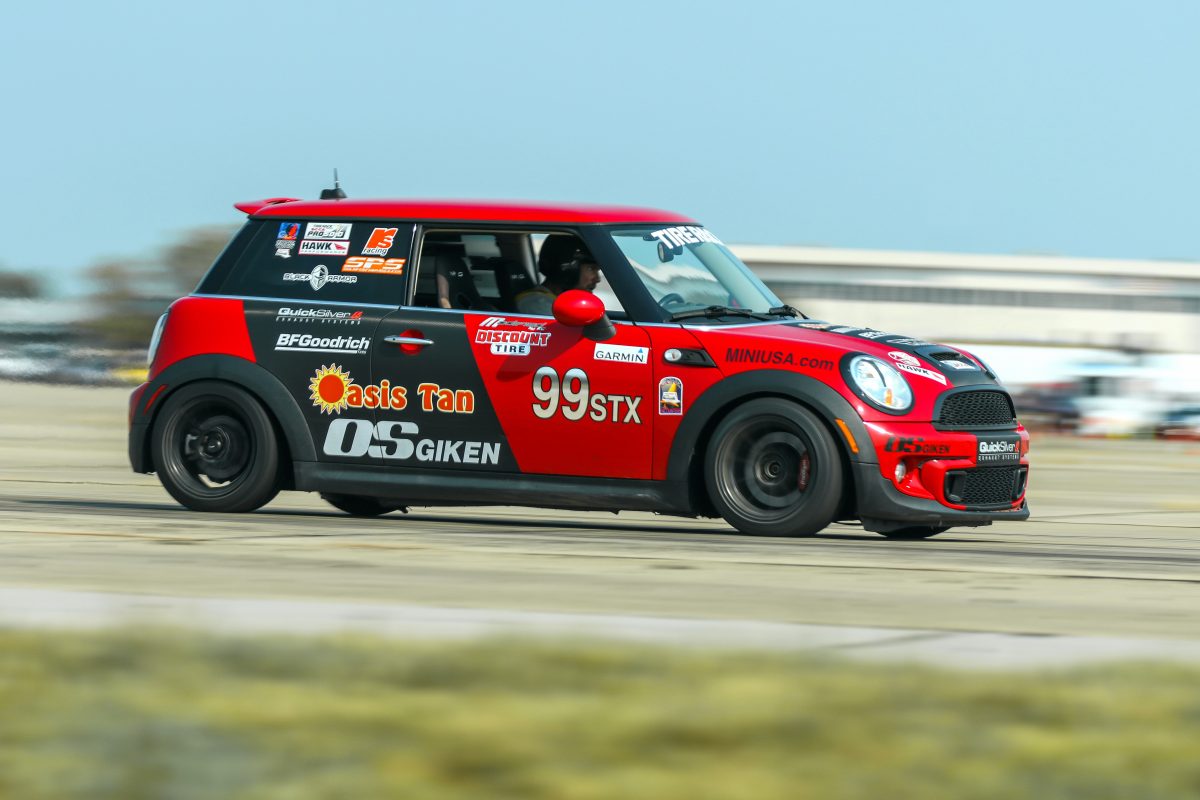 The 2017 season kickoff event at the Arkanas Aeroplex in Blythville, Ark., found Wilcox racing against the clock after a miss shift damaged the auxilary water pump on his Cooper S and put him in the garage. Wilcox quickly hopped into a friend‘s car for a 180 miles round trip to Roadshow MINI just outside of Memphis to pick up a new water pump. The staff at Roadshow MINI was ready in the parking lot to hand off the water pump and send Wilcox on his way back to Arkansas where he placed first in the season opener.

In true MINI spirit, Wilcox credits the amazing kickoff weekend victory to his fellow MINI owner, and long time friend and competitor, Ron Williams. Williams stayed behind and worked tirelessly to prepare Wilcox’s Cooper S for the arrival of the new auxilary water pump during the trip to Roadshow MINI. Without the help of Williams and a few other friends in the garage that weekend, Wilcox would not have been able to achieve a ProSolo Series Championship in the 2017 season.

An amateur gearhead and racing enthusiast, Wilcox has spent the better part of the last ten years racing a number of MINI Cooper Hardtops that he personally modified in his own garage, many of which also serving double duty as his every day vehicle. During this time he also participated in the MINI Motoring Rewards Program, which offers incentives to MINI owners involved in amateur and professional racing.

Born in Fontana, Calif., and raised in Blue Springs, Mo., Wilcox works at an environmental consulting company in Grain Valley, Mo. When he’s not at the track racing his MINI, Wilcox enjoys scuba diving, working out, volleyball, softball, hiking and traveling.

MINI Motoring Rewards Program
Don’t worry if you don’t have a name as cool as legendary Classic Mini drivers Paddy, Rauno, or Timo. You can still take home cash racing a MINI in amateur or professional competitions through the MINI Motoring Awards Program. It’s just a little extra incentive for MINI owners to get out there and give racing a go. Not that the sheer fun and adrenaline rush of pressing a MINI through a closed course isn’t already enough. But getting your gas money covered never hurts. For more information about the MINI Motoring Rewards Program visit MINIUSA.COM and click on MINI Motorsports.